Ashley Rae (shelovestofish.com) shares what it was like for her and Erik Luzak to win the 2018 FLW Canada Cup in Quinte West. 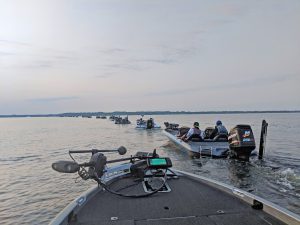 As I am writing this, it’s been nearly a year since the 2018 FLW Canada Cup bass fishing tournament took place on the Bay of Quinte. Taking home first place at this tournament last summer with my friend, Erik Luzak, was one of the most memorable fishing moments of my life thus far! With this year’s tournament quickly approaching on August 15-17, my excitement is growing by the day!

If you’re not familiar with this event, it is a three-day bass fishing tournament held out of Fraser Park in Quinte West. Some of the top bass anglers in Canada compete for the title of FLW Canada Cup Champions, along with cash
and prizes. Teams (consisting of two anglers) can weigh-in their biggest five bass each day. 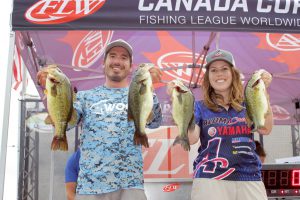 This tournament experience all transpired as the result of a text message that I received from my friend Erik. He’s an avid tournament angler from the Kawarthas, and I’m an avid angler myself who grew up in the Bay of Quinte area. When Erik learned the FLW Canada Cup would be held on the Bay, he reached out to see if I’d be interested in partnering with him.

I’ve spent a lot of time exploring these waters over the years and have fished some tournaments in the past (on the Bay and beyond), but this would be my biggest event to date. Erik and I always have a blast fishing together, so I was immediately on board for the fun of it. I was also excited about the challenge tournament fishing brings as well.

Erik and I decided our best strategy would be to divide up the Bay for pre-fishing. This involves fishing ahead of the tournament to help develop a game plan come tournament time. Since we each have our own boats we were able to set out separately to focus on different areas.

The Bay of Quinte is a large body of water with incredible fishing, but it can also be challenging to locate fish with so much water to cover. We found some fish during pre-fish, but we were also able to eliminate water that wasn’t productive. We spent some time fishing together, too, which gave us some confidence we had a decent game plan to follow.

We covered shallow water using jigs to pick fish off of structure. Moving baits, such as chatterbaits and spinnerbaits, worked well over top of and around weed lines. We also fished mid-to-deeper water using creature baits, jigs, and drop shots. We had many waypoints and just made a ‘milk run’ from spot to spot budgeting our time and also preserving some spots for the following days of the event. 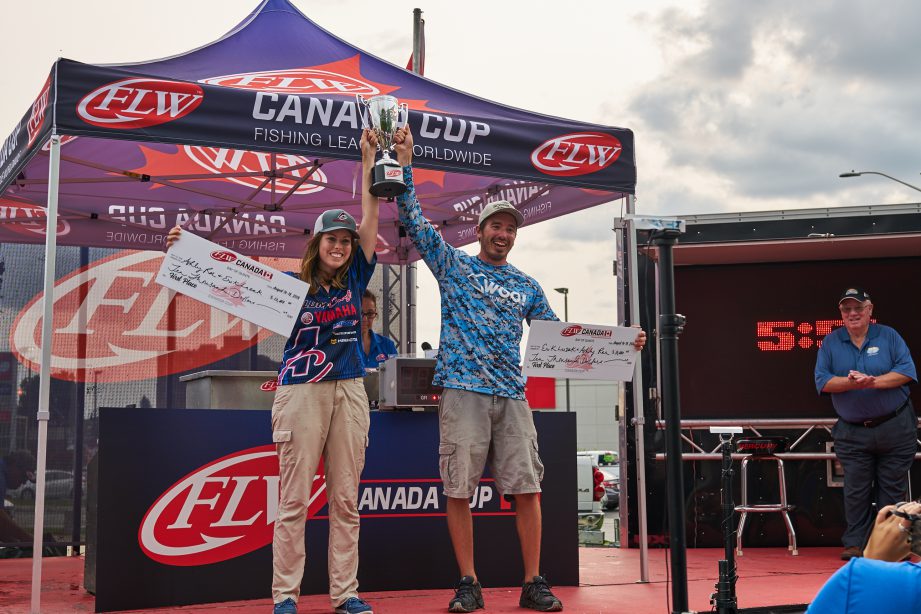 On day one we found ourselves in third place out of the 80+ teams, and on day two we climbed up to second. We had some incredibly talented competition, and were pleased just to make the top 20 cut to fish day three. With the quality of fish out on the Bay, it is anyone’s game.

We were the last team to weigh-in on the final day and took the lead by three pounds! We were floored and I was certainly emotional. Yes, there were tears. You can read my whole recap on this tournament on my blog (including the final day weigh-in video).

I look forward to what’s in store for this year’s FLW Canada Cup! Learn more at:
http://www.flwcanada.com