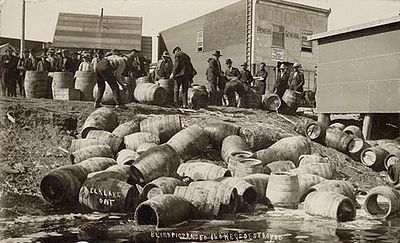 The Bay of Quinte has a rich history steeped in not only tradition, but occasionally in scandal and mischief. For those of you who don’t know, the Bay of Quinte area enjoyed a storied history of rum running. During the roaring twenties, America was undergoing what is often called “The Nobel Experiment”, but is most commonly referred to as prohibition. A time when alcohol was banned from every house, club, and store in America, Canada came to the rescue by illegally smuggling the sought-after spirits into the country through available lines of contact: a.k.a. the Great Lakes.

As the Bay of Quinte region sits on the shores of Lake Ontario directly across from the thriving American metropolis of Rochester, many a Canadian lad who risked his life during this time for the daring and dangerous life of bootlegging. One such gentleman was Ben Kerr. 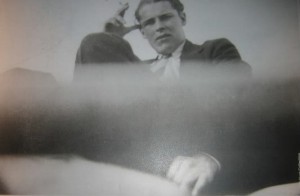 A cheeky and rebellious boy, Kerr was born February 29th, 1884, and grew up to be an authoritative and talented young man who dabbled in such industries as plumbing and music before making a real name for himself in the rum running business. His introduction to the world of rum running came when he met Rocco Perri (the king of bootlegging) during the First World War. Sharing the secrets of the industry, Perri was Kerr’s proverbial Fairy Godmother who turned him into the most notorious post-war rum runner on the shores of Lake Ontario.

By the mid-1920s, Kerr had made a name for himself not only in the rum running business, but also in the local music scene. Moving to the Presqu’ile Peninsula in 1928, Kerr played the piano and attended to plumbing maintenance by day at the Preqsu’ile Hotel while gaining contacts and customers for the rum running business he pursued by night. Once established, it became common knowledge that Kerr could make up to three runs across Lake Ontario, from the Belleville Harbor to Rochester, a night in his jet black speed boat, the Pollywog. Kerr made many trips, and quality trips, to America, delivering only the finest spirits found in the Bay of Quinte region, getting his goods from Corby Distilleries in Corbyville, Ontario (just north of Belleville), established in 1859.

Although his lifestyle was lucrative and exciting, it was not long and it did not end well. Kerr went missing in February of 1929; six weeks later his body washed up on a patch of beach just down the shore of Lake Ontario near Colborne. What exactly killed Ben Kerr? No one has ever found out. It could have been a showdown with the law, it could have been a freak winter boating accident, it could have been Rocco Perri, the previous king of bootlegging and Kerr’s old war buddy coming to take revenge for moving in on his territory…

In the end, Kerr went down in history as the most infamous rum runner this side of Lake Ontario, and a most esteemed tenant of the Bay of Quinte region. This holiday season, we recommend curling up in front of the fire with a nice glass of rum and eggnog (mixed, of course, with 66 Gilead Duck Island Rum and Reid’s Dairy ‘Nog) and the book Whiskey and Ice by C.W. Hunt to read more stories about this curious Bay of Quinte rum runner.