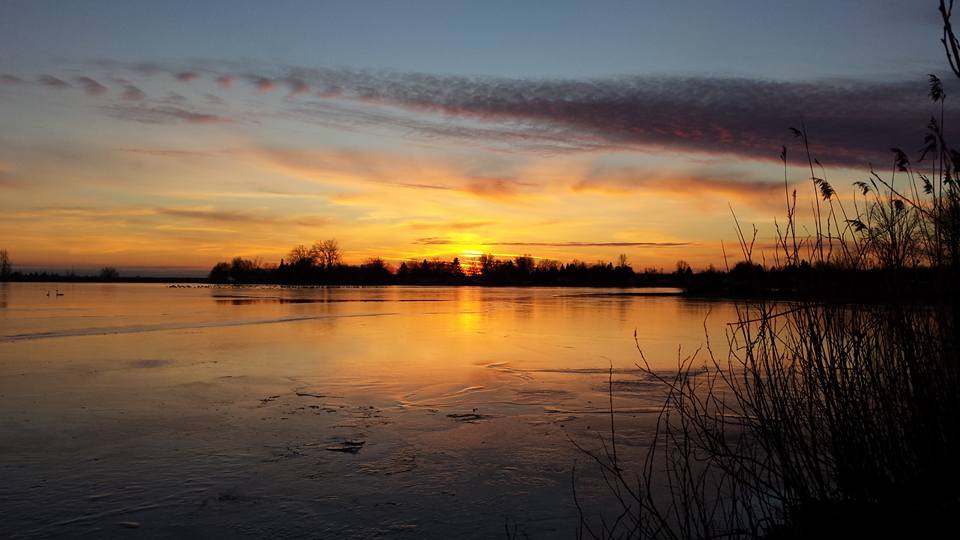 The Kente Portage Trail, Ontario’s Oldest Road, and the cultural impact it has on the Bay of Quinte Community.

Carrying Place. It’s the most southern township of the City of Quinte West and borders Prince Edward County. For some people, it’s just a blur of trees and old buildings while they embark on a road trip on a warm summer day. For others, it’s the scenic route to get to Brighton. For people like me, it’s home. But what few people know is that Carrying Place is host to the oldest road in continuous use in Ontario. I’ll spare you the full history lesson, but if you care to read up on the history of Carrying Place, I would highly recommend Gunshot and Gleanings of the Historic Carrying Place, Bay of Quinte by 7th Town Historical Society, available at the Quinte West Public Library.

The most notable fact of history concerning what is known as the Kente Portage Trail is that it was the site of the Gunshot Treaty of 1787, which saw the purchase of land that stretched from the Bay of Quinte to what is now Etobicoke from the Mississauga people. This event is marked by a pyramid-shaped cairn situated in the north-west corner of the intersection of Loyalist Parkway and Old Portage Rd.

The name Carrying Place is literal: the Indigenous peoples used the isthmus to portage their canoes between the Bay of Quinte and Wellers Bay. This portage trail acted as a trade route used by Indigenous peoples for thousands of years. According to the Deputy Mayor of Quinte West, Jim Alyea, the trail offered the Indigenous peoples and European settlers alike, “Easier access to Lake Ontario, and also a safer way around the dangerous waters of what is now Prince Edward County.”

Travelling the Kente Portage Trail during my everyday commute, the same trail travelled by Samuel du Champlain over 400 years ago, I wonder what ghosts linger on this historic stretch of land.

Other than a handful of road signs, their memories and stories are the only things that remain to commemorate the legacy of the road that has been in use since time immemorial. In the 1800s, Carrying Place was a thriving community and the trail was well established with accommodations for travellers. In fact, Carrying Place was thought to have a better future than Toronto due to the fact that travelling by water was easier than travelling by land.

But are we, as a community, doing enough to recognize the importance of the trail? The way I see it, the Bay of Quinte area is at a cultural crossroads. A crossroads symbolized by the intersection of Loyalist Parkway, the road that connects the Quinte region to Prince Edward County for tourists, travellers and business people, and Old Portage Road, the road that has been in use for generations. As more and more new residents flock to the natural beauty of Carrying Place, will we take time to honour the historical legacy of this area?

There have been attempts to recognize the Kente Portage Trail as a landmark in the past. As I’ve learned from the Trent Port Historical Society, the most notable attempt was when Dr. Paul Germain organized the Kente Portage Festival. First held in July 1989, the festival ran for several years but after the passing of Dr. Germain, not much has been done in terms of celebrating the trail.

There’s also a piece of furniture from the home of Asa Weller, the first white settler in the Carrying Place area, on display at the Royal Ontario Museum. Wendy Oullette of the Trent Port Historical Society says that the heritage of the trail is important and that, “Steps need to be taken to preserve this significant piece of Canadian history.”

I have faith that the legacy of the trail won’t be lost to time, but I agree that there are steps that could, and should, be taken to ensure that. What those steps are remain to be seen, for now at least. In the meantime, travellers and residents, both new and old, can still enjoy the quiet tranquility of both Wellers Bay and the Bay of Quinte the same way people have been for millennia.

When you visit the trail, you might feel underwhelmed. After all, it is just a road. A means of getting from point A to point B. But take a moment to let the gravity of the trail settle in. Think of how many people traversed this trail–think of whose footsteps you’re walking in. Without this trail, Canadian history as we know it might not have played out the way it did. As you watch the sun set into Lake Ontario, think of those people who travelled this historic trail and how they helped shape our nation.