Planning a trip along the Trent-Severn Waterway this summer? Enjoy the scenic waterway while preserving healthy habitats for the following species at risk. 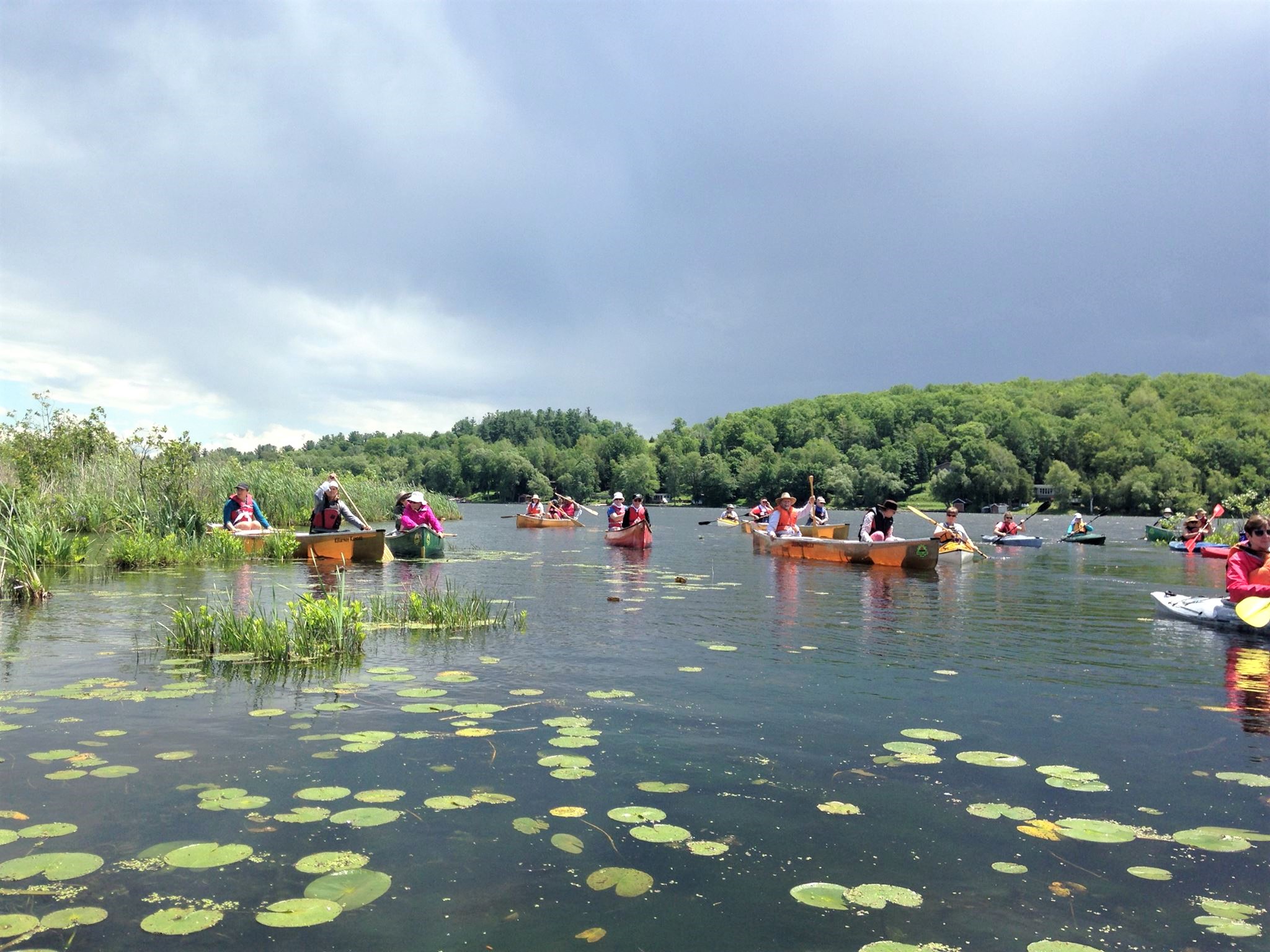 Are you planning a trip along the historic Trent-Severn Waterway this summer? Why not enjoy this scenic waterway while also employing the best environmental practices possible!

What can visitors to the Trent-Severn Waterway do to help? Consider reading up on invasive species in Ontario, report illegal activity involving plants or wildlife to the Ministry of Natural Resources or document a sighting of any endangered species with a call to the Natural Heritage Information Centre.

Boaters wishing to be good stewards of both land and water might want to consider the canal system’s importance in providing healthy habitats for the following species at risk:

This shy, silvery slim minnow sports light yellow to greenish markings along its back, pale fins, large eyes and a noticeably small, upturned mouth. Sometimes a dark stripe might appear to run from tail to snout. The Pugnose Shiner seeks clean water habitats with plenty of aquatic vegetation, useful for finding both food and camouflage. Loss of habitat due to shoreline development and destruction of wetlands represents the biggest danger to this species. 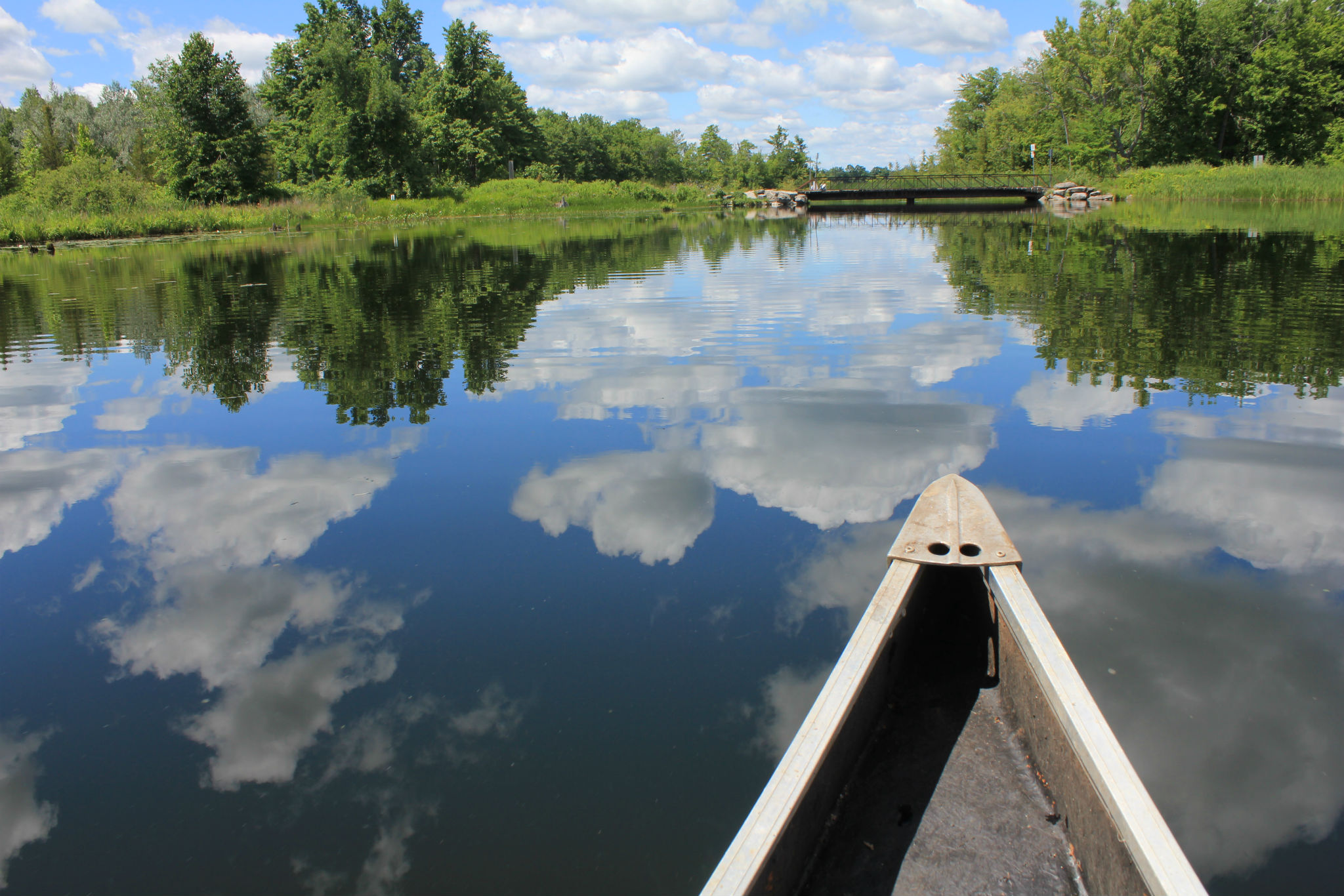 In Canada, the Channel Darter can only be found in Quebec and Ontario, including the Bay of Quinte area. This light, sand-coloured fish with darker markings on its sides, a lighter underbelly and clear or very lightly speckled fins generally grows between three and seven centimetres in length.

A bottom feeder, it prefers clean water with sandy or gravel bottoms and dines primarily on aquatic insect larvae. Threats to this small fish centre mostly around poor habitat quality. Though invasive species also pose a problem, one of the greatest dangers to the Channel Darter involves streams muddied by nearby urban or agricultural areas.

Found in various waters throughout North America, this giant sucker can grow up to 80 centimetres in length and lives in both the Bay of Quinte and Trent River. Known for its large, flat head and prominent snout, the River Redhorse has a reddish tail fin, white belly, a brownish green back and coppery-coloured sides. Heavy siltation in areas of urban and agricultural development negatively impacts the habitat for this fish, sometimes even preventing them from reaching traditional breeding grounds.

In Canada, the Rainbow Mussel exists only in Ontario waters, including the lower Trent. Named for the irridescent interior of its oval-shaped shell, this pretty creature appears brownish yellow or dark green from the outside, its exterior marked with dark green, vertical lines. Note: this mussel attracts a host by producing a fishing lure which cleverly imitates both the appearance and movement of a crayfish.

Like most mussels, the Rainbow lives a parasitic lifestyle, latching mostly on to the gills of Mottled Sculpin as well as Large and Rockmouth Bass. Invasive species such as the Zebra Mussel pose the greatest threat, but the Rainbow Mussel also suffers when host fish species decline in number.

Once one of the most predominant mussels in the Great Lakes, this brownish green mussel has disappeared from 90% of its known habitat range. While dangers include a drop in host fish populations, as well as changing water levels, the biggest threat to the Eastern Pondmussel comes via the Zebra Mussel. This invasive species attaches itself to other mussels, causing death by starvation or suffocation.

Thanks to Lower Trent Conservation for contributing photography.