Missing museums and looking for a safe way to get your culture dose? Consider a drive through beautiful Bay of Quinte region (or enjoy from home!). Liberally dotted with those familiar metal plaques denoting places of historical significance, as well as numerous heritage buildings and various other artifacts from days gone by, the entire area boasts so many important stories. We can’t possibly list them all, but here are a few favourites to get you started! 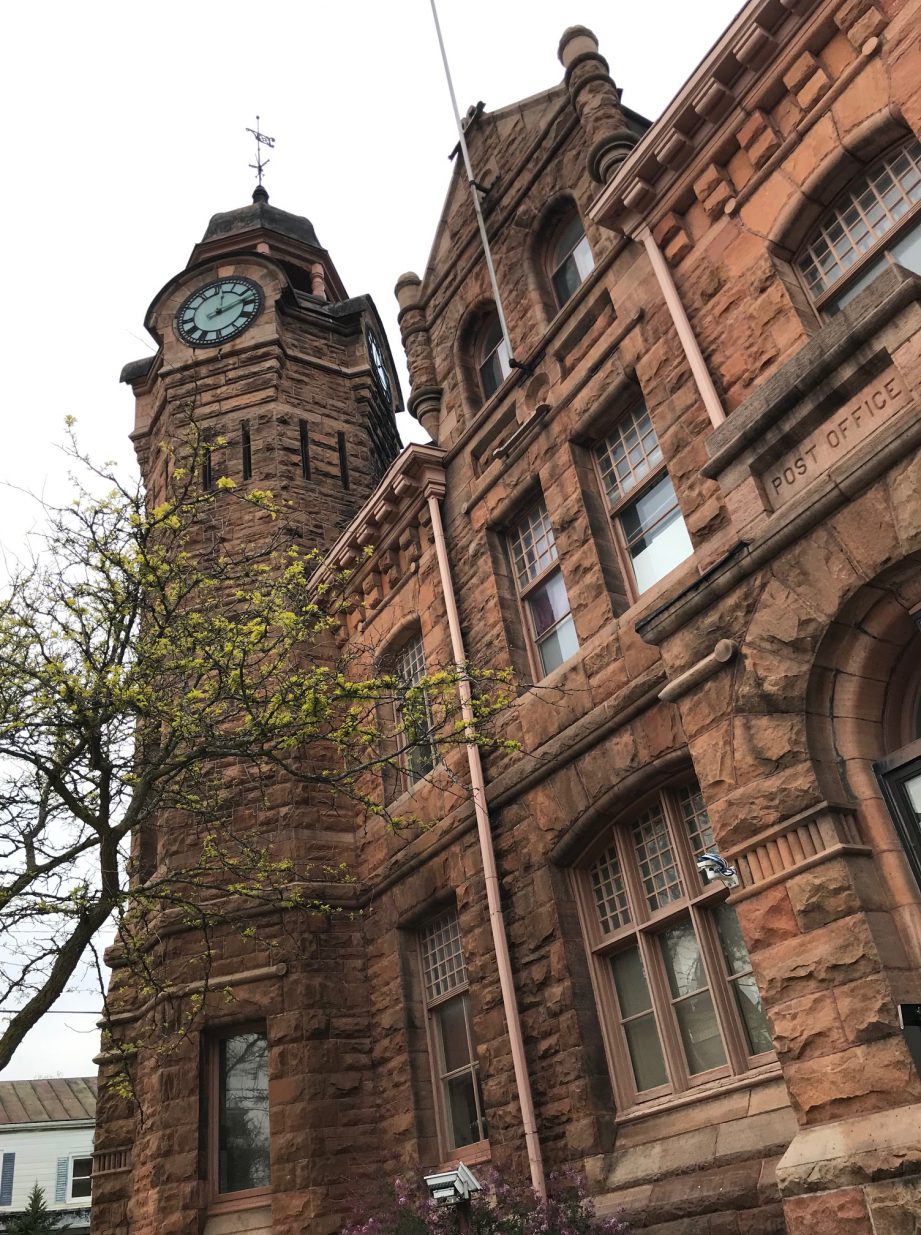 Worth the trip to view the resplendent old post office and clock tower alone (pictured right), this scenic spot in the region’s eastern corner sits between Highway 401 and Lake Ontario. 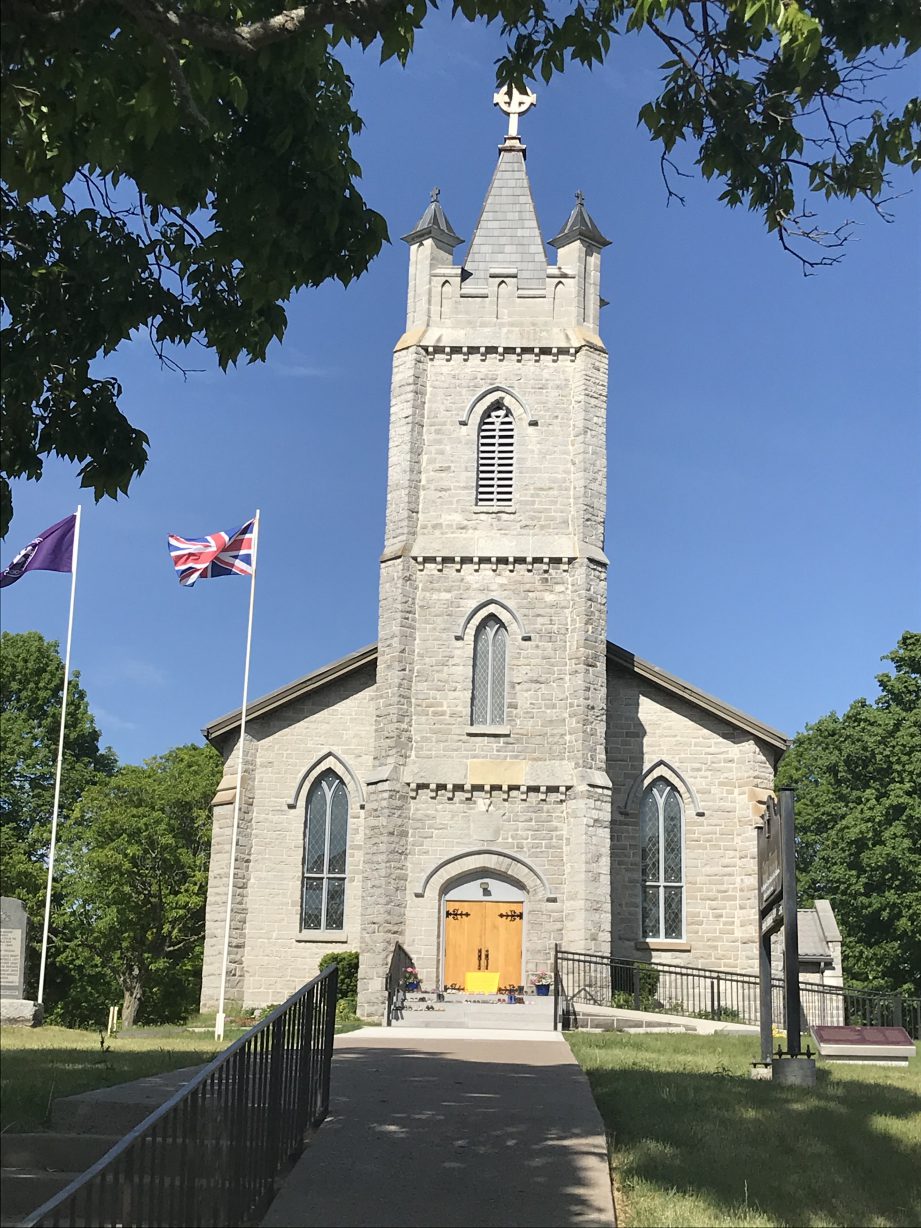 Long before European exploration began, First Nations peoples called the entire BoQ region home. A lakeside plaque indicates the Mohawk Landing site, where the community’s ancestors arrived on the shores of the Bay of Quinte on May 22, 1784, after being re-located years earlier by the British during the American Revolution.

A National Historic Site, Christ Church Royal Chapel of the Mohawks, stands nearby (pictured). It is one of only six Royal Chapels outside of the United Kingdom—one of two in Canada—and was built by the Mohawks in 1843. The grave of Dr. Oronhyatekha, one of Canada’s first Indigenous doctors, rests in the adjacent church cemetery. 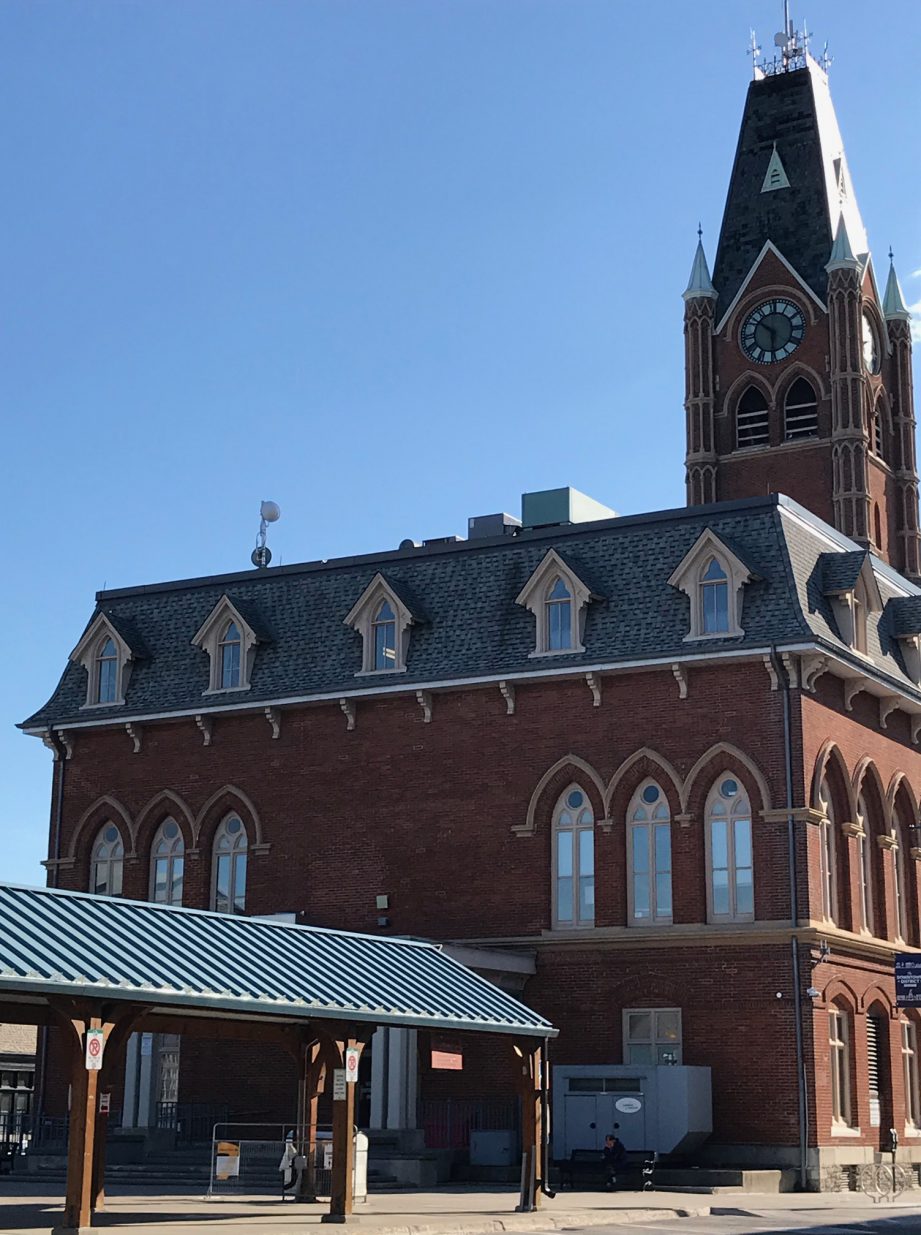 From houses once owned by early author Susanna Moodie and prime minister Sir Mackenzie Bowell to a grist mill constructed by famed settler Captain John Meyers on the beautiful Moira River, much of Belleville’s well-storied past remains highly visible to history buffs.

View the Log Cabin monument outlining the significance of United Empire Loyalist settlement in the region post-American revolution at the Dundas and Front Street parkette. Head to historic City Hall and check out the adjacent farmers’ market square (pictured right), several decades older than Canada itself.

A plaque in front of CAA Arena regales The Flying Frenchmen hockey greats who helped establish the Montreal Canadiens. A visit to Zwick’s Park offers the chance to ogle an actual Golden Hawk aircraft, circa 1951.

A tale of more recent events unfolds at Belleville’s No. 1 Fire Hall, across from the city’s landmark railway station. A tribute to the victims of 9/11, which includes a section of metal beam from New York’s twin towers, can be viewed from the parking lot through large windows at the fire station’s entrance. 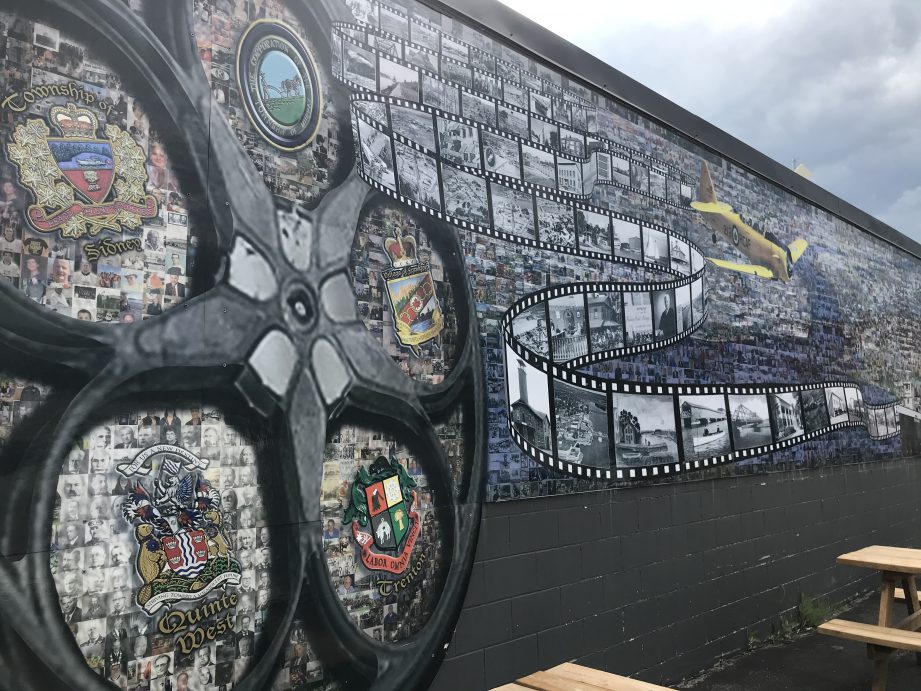 This municipality’s role in early cinema comes to life via a clever downtown mural, which can be found at Dundas Street W and Fraser Park Drive. Did you know Quinte West was home to one of Canada’s longest-running film studios? This is what earned the moniker ‘Hollywood North.’

A hike up Mount Pelion rewards with stunning views of the Bay of Quinte and a chance to see a genuine cannon from 1808.

Need a rest? Benches complete with smiling statue of renowned CBC personality Roy Bonisteel lend an affable air to a tribute garden between the Trent Port Marina and City Hall. 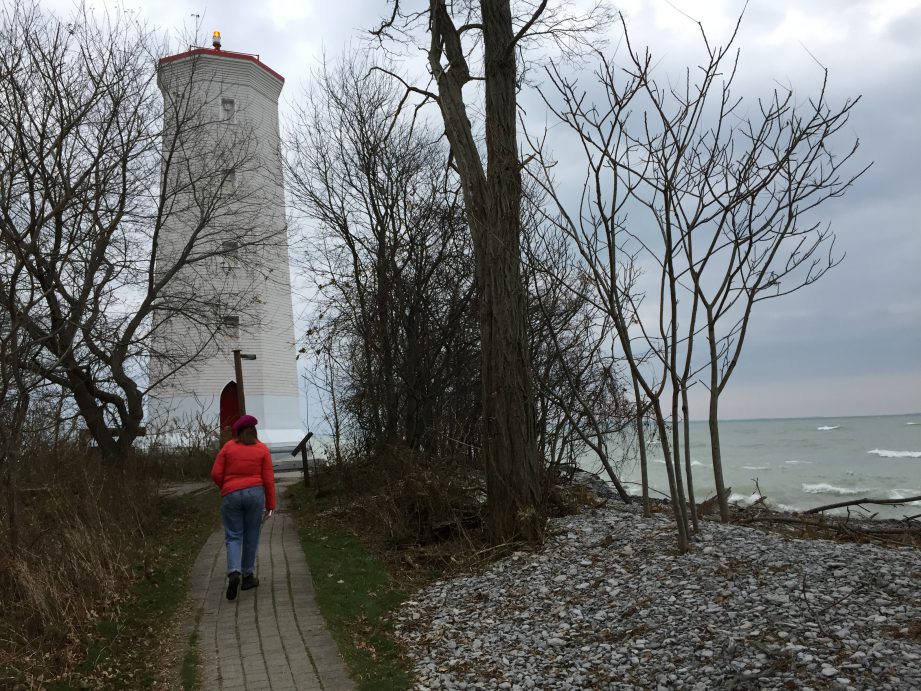 End your time travels with a visit to Presqu’ile Provincial Park and its much-photographed 1840 lighthouse.

After, head into town for a glimpse of stately old Proctor House. Historians hoping for a stretch can finish off with a pleasant stroll down the trail by Butler Creek in the attached conservation area.

BONUS: Brush up on your town history with the Municipality of Brighton’s Town Trivia on Instagram!