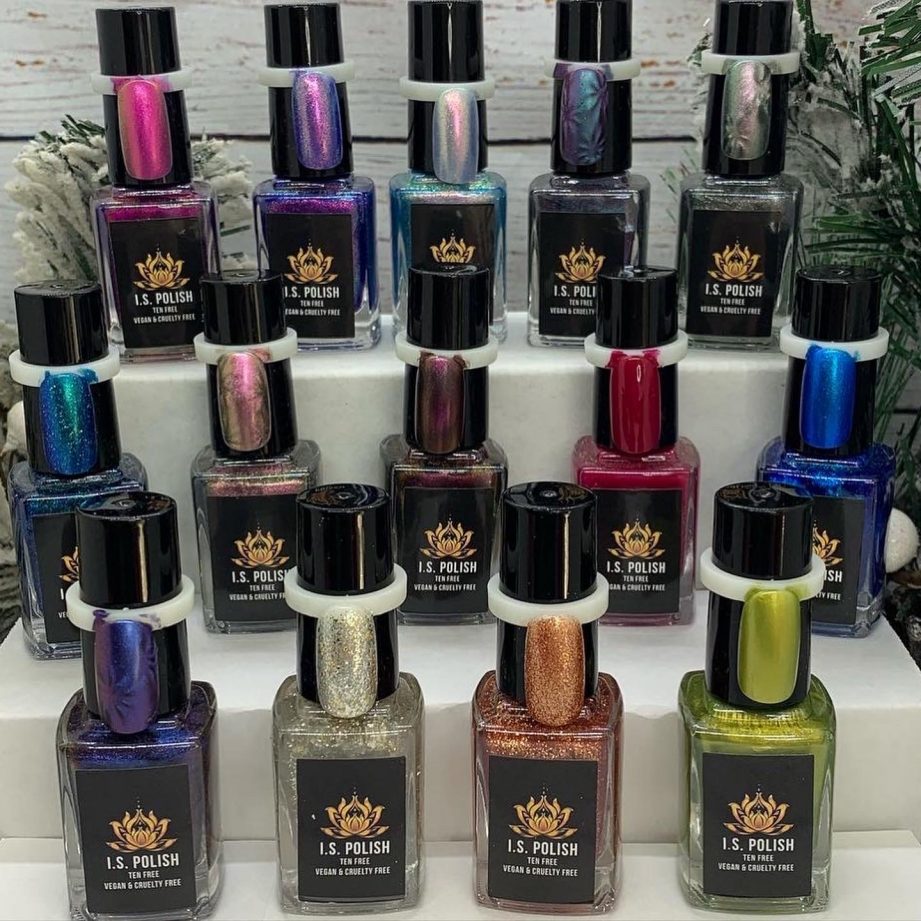 Self-described eccentric Trish Pilon once garnered much attention for her teddy bears. Those beloved handmade creatures even provided inspiration for a fundraiser the artist organized in aid of British Columbia’s unique and endangered Kermode bears.

But when family illness and Trish’s own brush with cancer struck, suddenly the talented Brighton craftswoman had no time for teddy bears. Vision issues, plus arthritis in both hands, further complicated matters. Knowing needlework might prove both challenging and uncomfortable, the former textile artist made an unexpected pivot. She started making nail polish for her new business, Inspired Sense.

An interest in aromatherapy, coupled with distress over the state of her own nails post-illness, motivated Pilon to research long lasting nail polish formulas with friendlier ingredients. The end result? Pilon’s products forego ten chemicals commonly found in many commercial polishes. 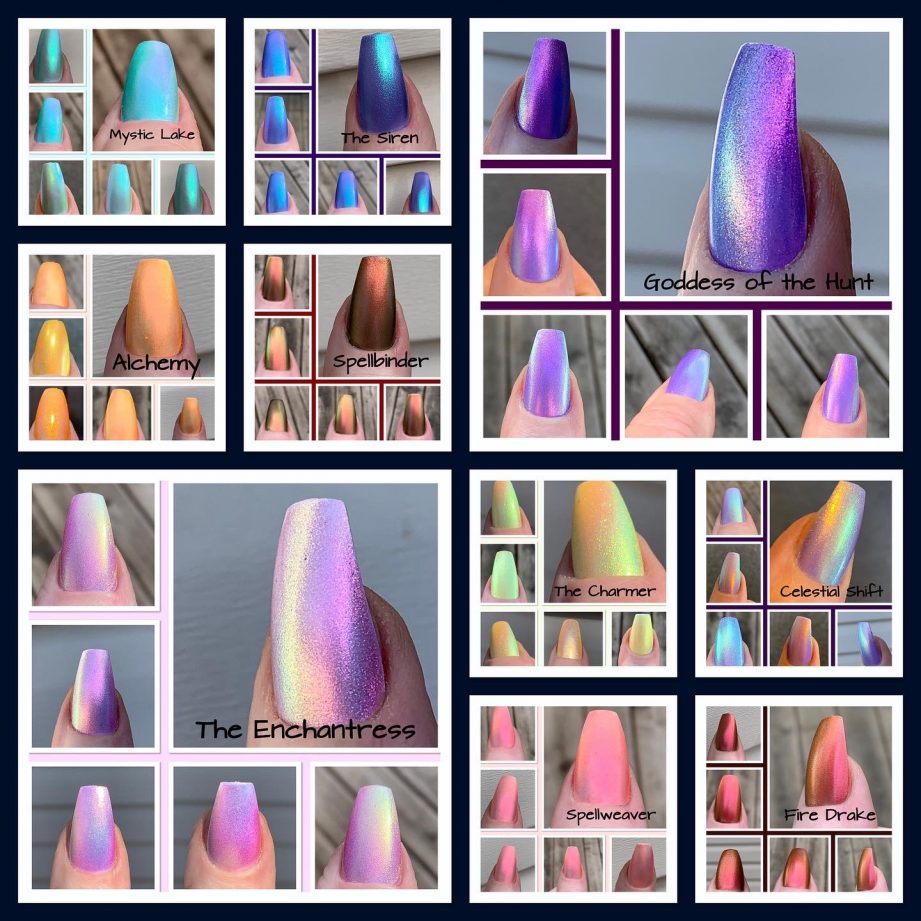 “I needed to keep making something because I’ve always had art,” she explains. Her polish range includes everything from matte finish cremes and glitters to chromes and magnetic mixtures that actually change colour as the wearer moves their hands. “I’ve always tried something different.”

Pilon’s own hands provide her best advertising. Customers often request the shade she happens to be wearing on her own quarter- to half-inch long nails. “I don’t like people to be unhappy,” declares the always accommodating artisan. She acknowledges her love for the experimental aspect of her work. “If they don’t like something, I’ll ask, how can I make it better?”

Already hard at work in her home studio whipping up brand new recipes for next season’s craft fairs, Pilon assures her products are both vegan and certified cruelty-free. Those hoping to try her glorious concoctions can email [email protected] or check out her Etsy shop. 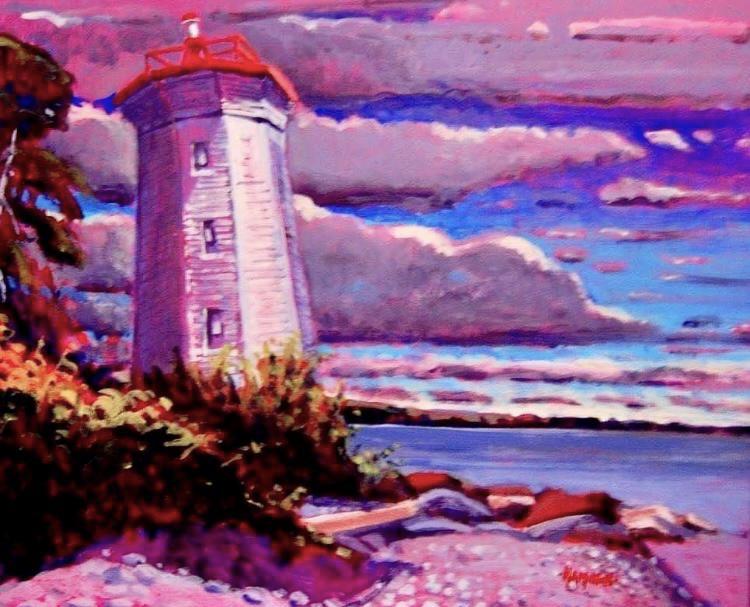 Brighton-based Andrew Hamilton credits Tom Thomson with introducing him to the wonder of landscape painting. As a teenager, he stumbled across a book outlining the famous Group of Seven artist’s work and realized the medium’s potential for touching one’s soul.

“It was just a thin sliver of a book,” he recalls, “but I thought: he could capture feelings!”

Around the same time, Hamilton headed east from the GTA on an epic bike journey. As he rounded each scenic corner in Quebec’s Gaspé, he made another exciting discovery.

A wise instructor once taught Hamilton how to create every colour required from the most basic palette: white plus the three primary colours. This invaluable lesson, plus skills gained apprenticing under the late abstract painter Doris McCarthy, helped build confidence. 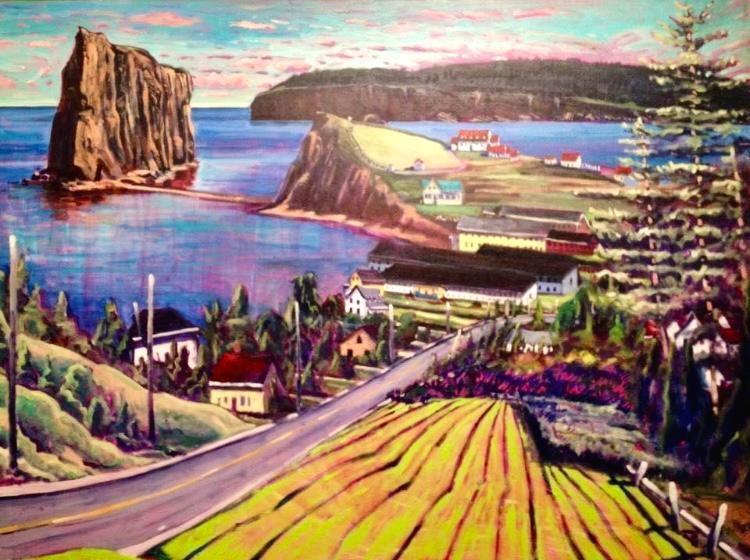 “Doris told me I had the chops,” he laughs, explaining his 92-year-old mentor’s personal apprenticeships had involved several well-known Group of Seven members. Hamilton’s own teaching career includes a lengthy stint at St. Lawrence College, as well as summer programs organized through Presqu’ile Park. Happiest when creating, the artist seeks to pass along technological knowledge as well as appreciation for the craft.

Self-prescribed therapy when recovering from throat cancer a few years ago naturally involved art. “I painted one small oil painting a day for an entire year,” the artist chuckles.

Interested in viewing Hamilton’s work? The artist’s Gallery 96 in Brighton reopens in spring with a range of pieces, from landscapes and still life paintings to jewellery and sculpture. In the meantime, you can find photos via Hamilton’s website and on Facebook.