Ashley Rae shares her latest catch on a kayak fishing adventure on the Trent River north of Frankford.

Story by Ashley Rae of She Loves To Fish 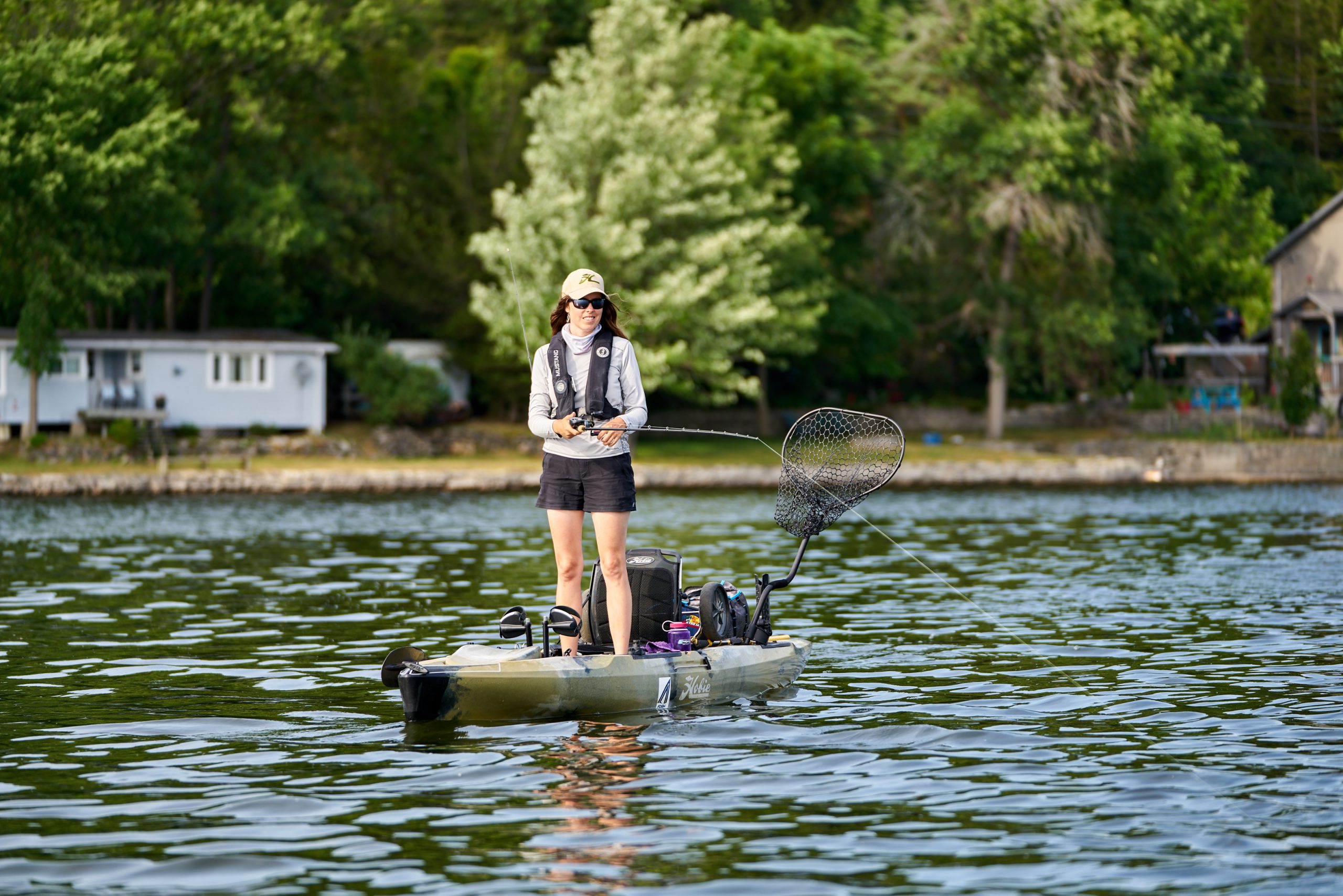 Growing up in the Bay of Quinte region, I’ve spent a lot of time exploring the vast
water bodies here, yet still have so much water to explore and uncover! I had only a handful of trips on the Trent River in Quinte West to my name over the years, and decided it was time to get back there for a bass fishing adventure.

My significant other, Eric, and I, loaded up our kayaks and fishing gear, making the trip from our home in Ottawa to the Trent River in Frankford. Our goal was to focus on targeting smallmouth bass but we knew there was a good chance of landing some other species as well. In fact, the Trent River is home to a wide variety of fish species including: largemouth and smallmouth bass, walleye, northern pike, musky, common carp, longnose gar, black crappie, yellow perch and more.

The Trent River is part of the Trent-Severn Waterway, a unique canal route that stretches from the southern entrance on the Bay of Quinte (Lake Ontario) in Quinte West to Georgian Bay (Lake Huron) in Severn, Ontario. There are 44 lock stations that connect this 386-kilometre waterway through various inland lakes and rivers. It is a popular travel route for pleasure boaters, and is also known for the fishing opportunities found within. There are seven lock stations within the Quinte West region.

We launched our kayaks at Glen Ross Lock Station to explore the section between the 6th and 7th lock stations. We covered lots of water in pursuit of smallmouth bass focusing on rock piles along the river channel as well as weed beds. There was a lot of life with healthy vegetation and loads of baitfish cruising around. Both Eric and I got into some smallmouth bass right off the hop while casting Ned Rigs around boulders. I also picked up a northern pike while burning a bladed swim jig over top of a weed bed.

The Catch of the Day

I positioned my kayak just outside a weed bed along the channel and began casting my Jack Hammer ChatterBait along the edge of the weed line. I had a solid hit on my bait and a moment later, a smallmouth bass rocketed clean out of the water giving me confirmation of its size! I was hooked up on a nice sized fish! I begged for this fish to stay hooked as it jumped again right beside my kayak. After a short fight, I netted the fish and waved Eric down so that I could get a photo of my catch. After a quick photo, this beautiful smallmouth bass went back into the river to hopefully be enjoyed by another angler.

Throughout the day we saw a few longnose gar following our baits but with their very narrow bony mouths, they are tricky to catch on the single hook presentations we had been primarily fishing with. In the afternoon Eric happened upon one area that was loaded with longnose gar surfacing. He tied on a jerkbait (equipped with 2 small treble hooks) and successfully landed a few gar. I love the colouration on this species, and this one was particularly beautiful!

We had such a great time on the Trent River in Quinte West and look forward to our next visit!