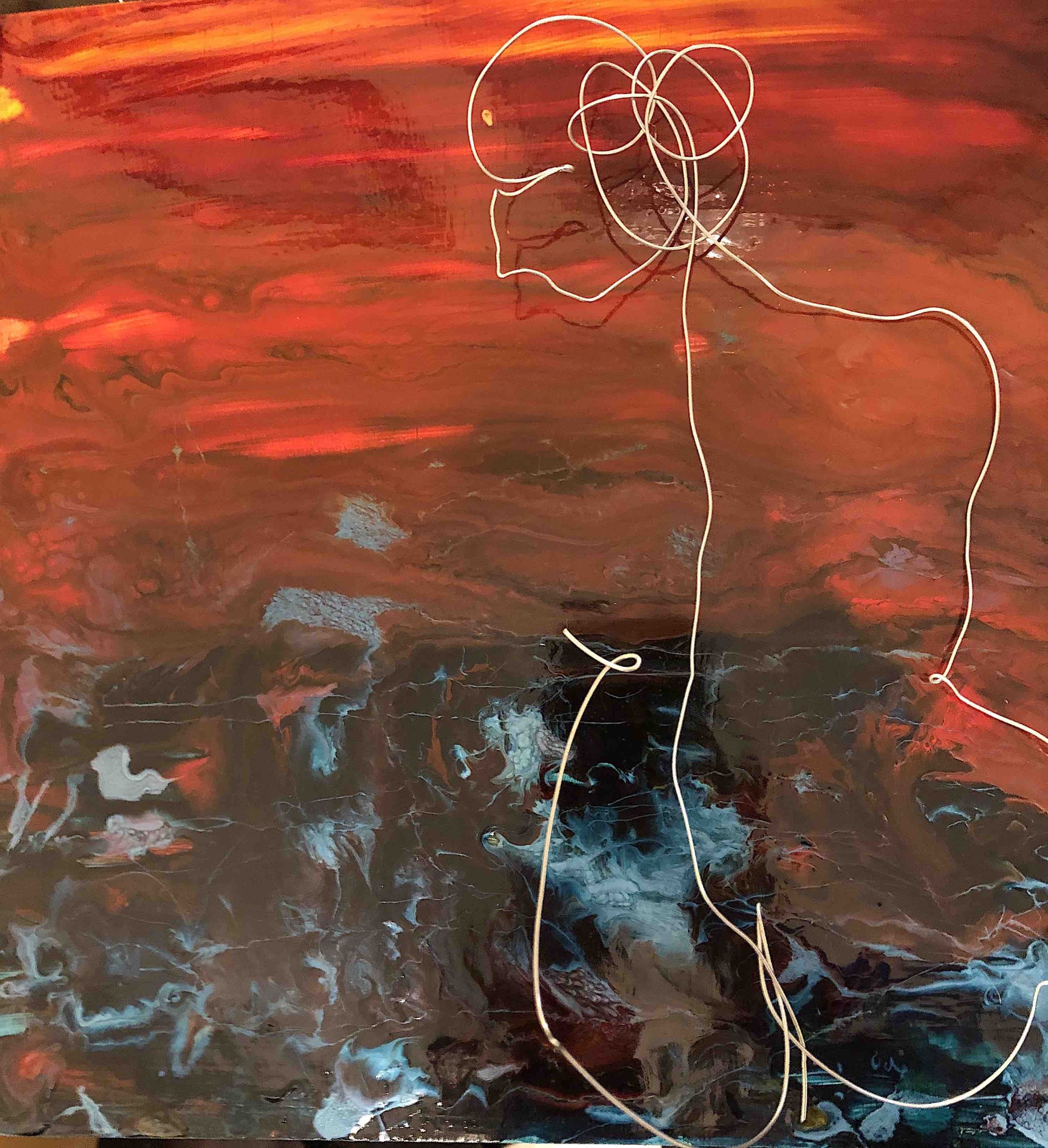 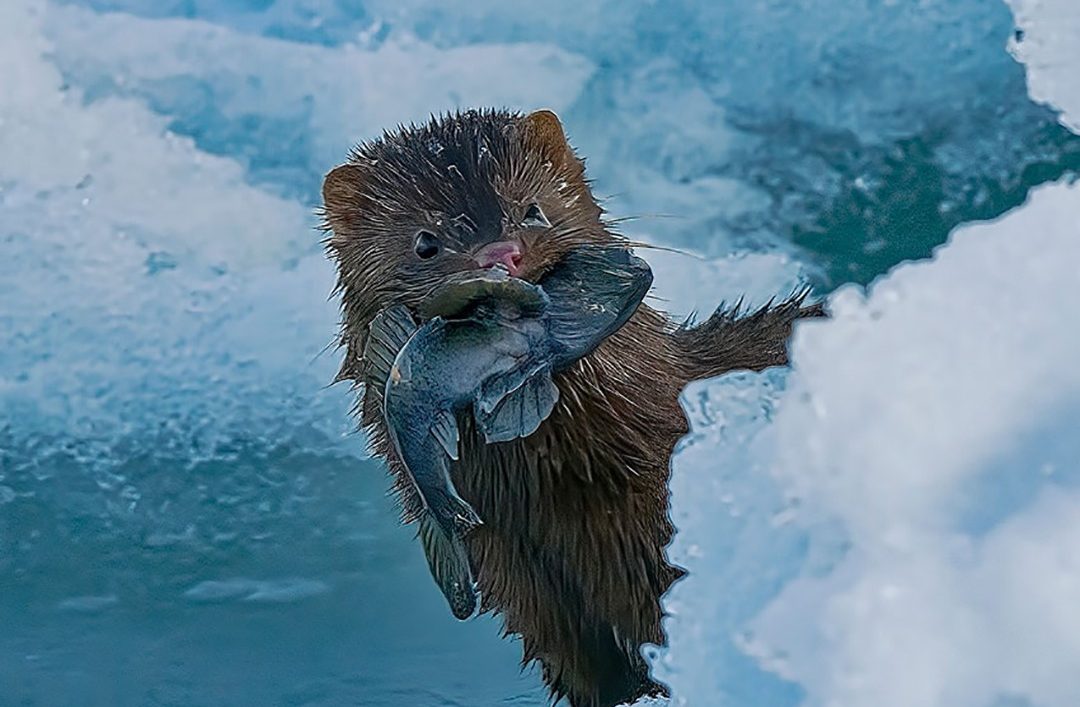 A daring AND EVOCATIVE Photography Exhibit is at Gallery 121, 48 Bridge Street E., from January 3 to 28. Meet and greet our 11 Guest Photographers and our eclectic Member Artists on January 7, 2-4 p.m. Gallery Hours: Tuesday – Saturday 10 a.m. till 4 p.m. 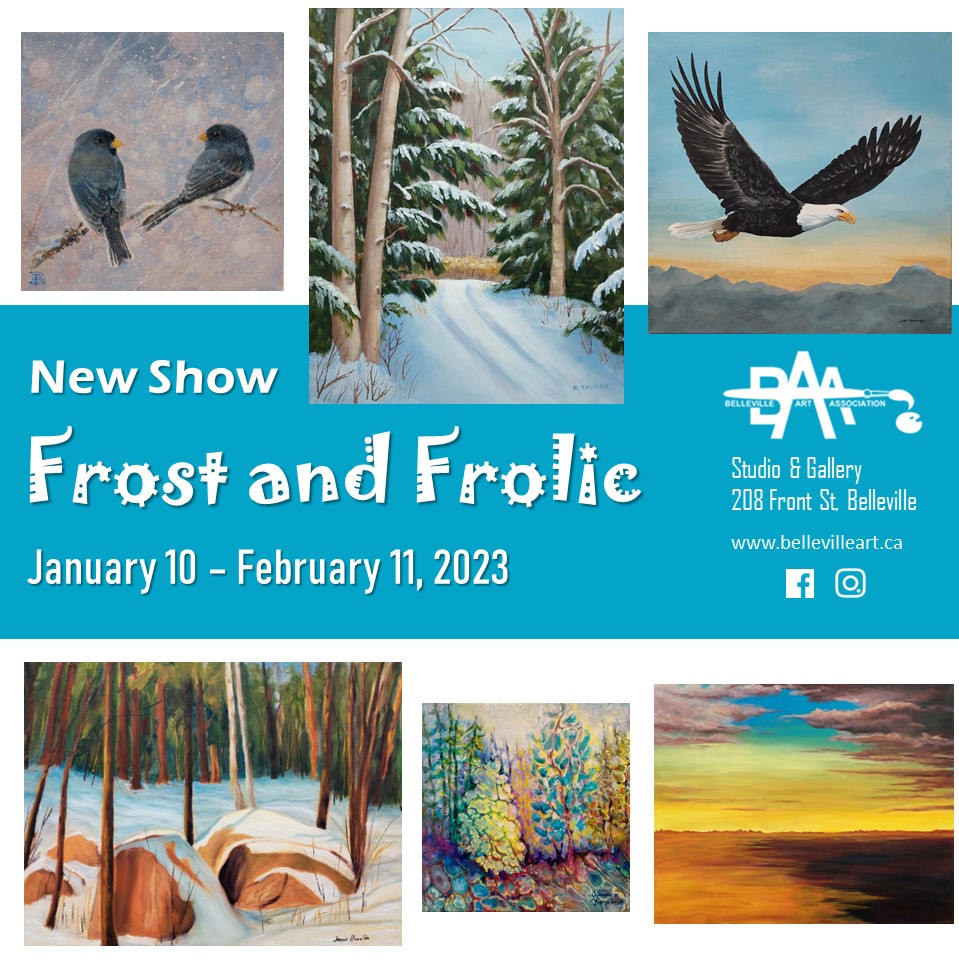 Experience the Belleville Art Association's new show, 'Frost and Frolic'! The new show and sale will be open January 10th to February 11th... Don't miss out! 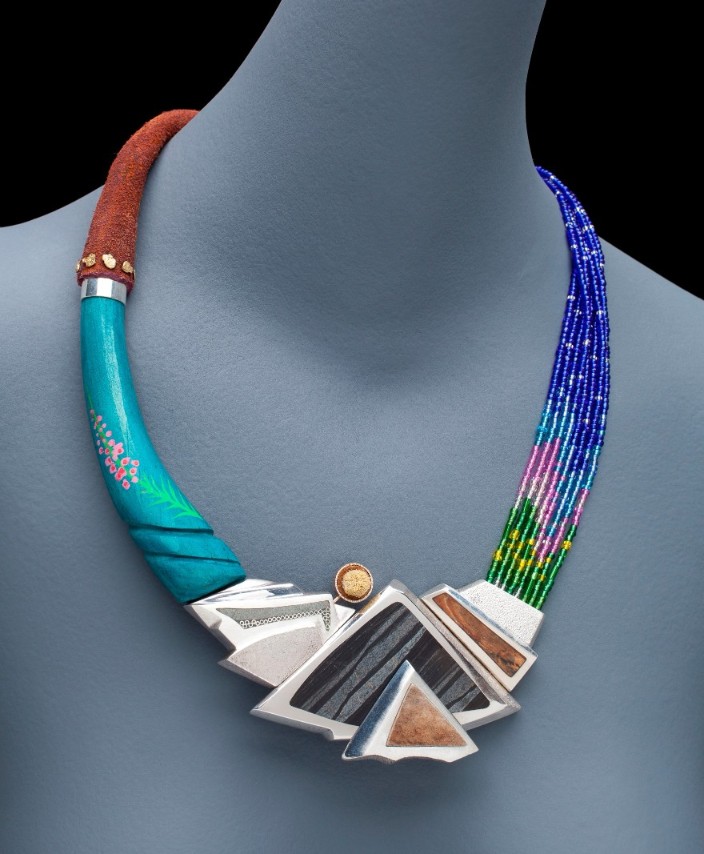 Visit 'Homage' by Don Stuart at John M. Parrott Art Gallery This collection of sculptural necklaces by Don Stuart was created as a celebration and tribute to numerous Canadian women. Don Stuart's travelling exhibition has made stops across Eastern Canada, and is on display for an extended time here in Belleville. Don is also the recipient of the Order of Ontario and the Order of Canada. Join us for an artist talk on Saturday, February 18, 2023 at 2:30 p.m. 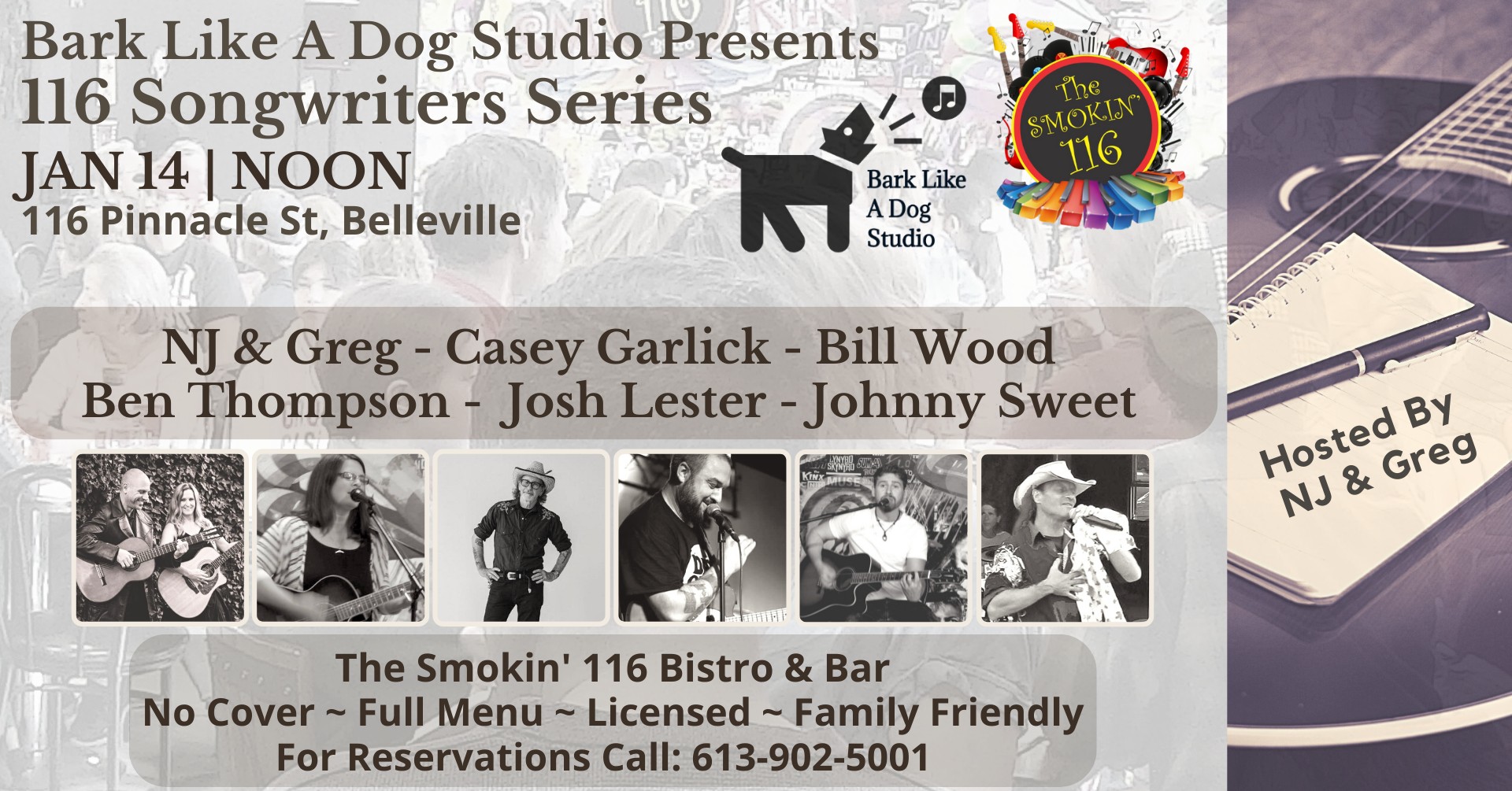 Your next favourite artist lives right in your backyard. All original music by local artists. Raffle tickets available to win a broadcast quality audio and video package from Bark Like A Dog Studio and Riverside Mixing & Mastering valued at $500. Tickets are $20 each. Full menu, great music and great vibes. Reservations recommended. Music events every Saturday at Noon. No cover charge. Our Sponsors: Bark Like A Dog Studio Riverside Mixing & Mastering Godin Guitars 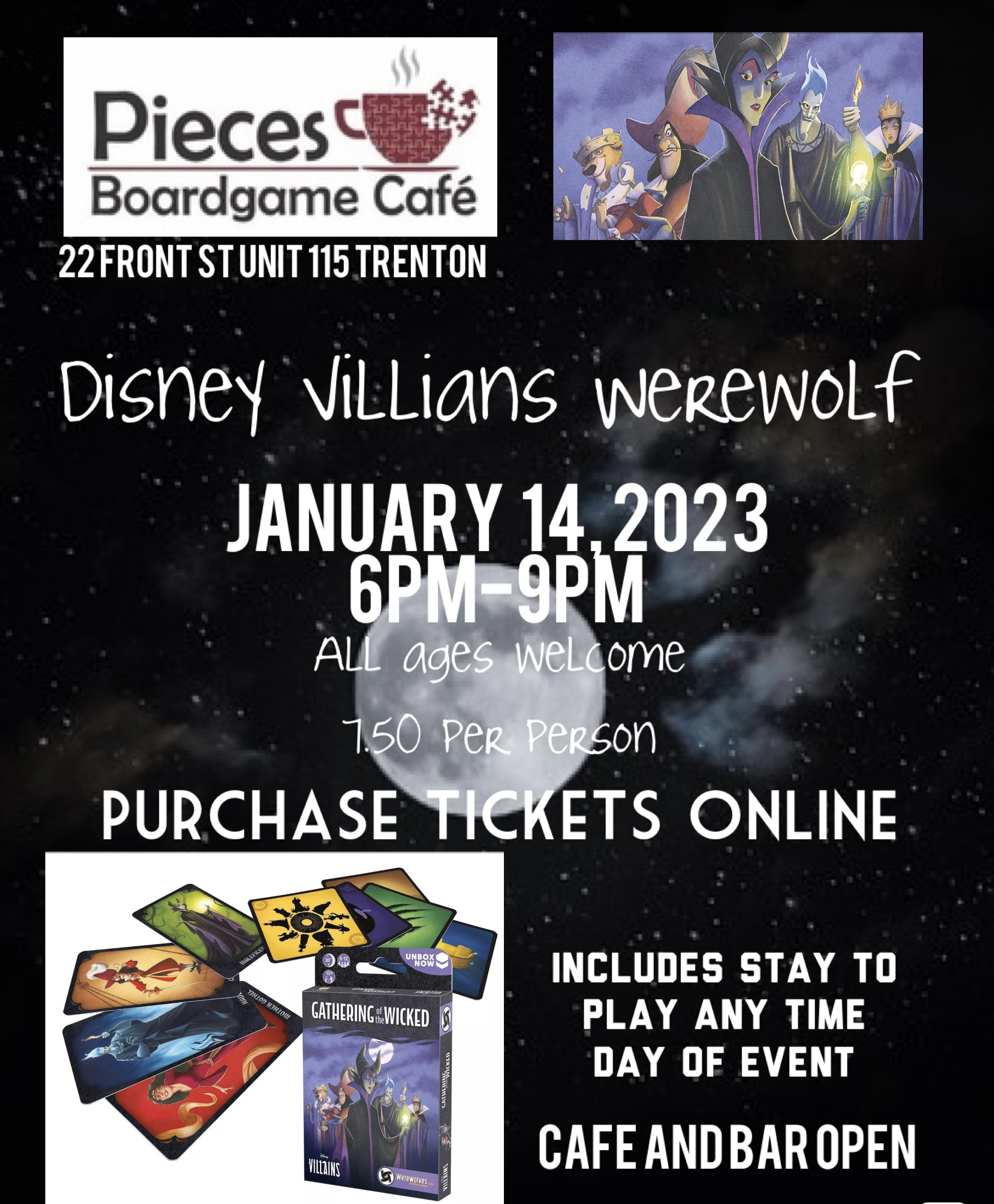 Join us for a great evening of fun and wickedness. Imagine a dark and desolate realm, filled only with chaos and miss fortune, where only the truly evil and most powerful villains can survive and thrive. In a world where everyone is wicked, is there anyone you can really trust? In a gathering of the wicked, based on Werewolves, you play a Disney villain, such as Maleficent, Hades, or Captain Hook, who is gathering in a dark rum of various henchmen. There, two teams, fight for control, alternating between day and night phases. Each night, the villains wake up one by one, and use their unique abilities to chase their objectives. Each day, the gathering debates, and tries to unmask the traders amongst them, but since no one knows which team players are on, trusting each other will be tricky, and bluffing will be the best route to dominance within their new surroundings. Well, each role is known by the other players, every character also has a secret alignment that determines the objective, making it even trickier to know who to trust. In the event of low attendance of under 10 gamers, we will be sending refunds and canceling the event 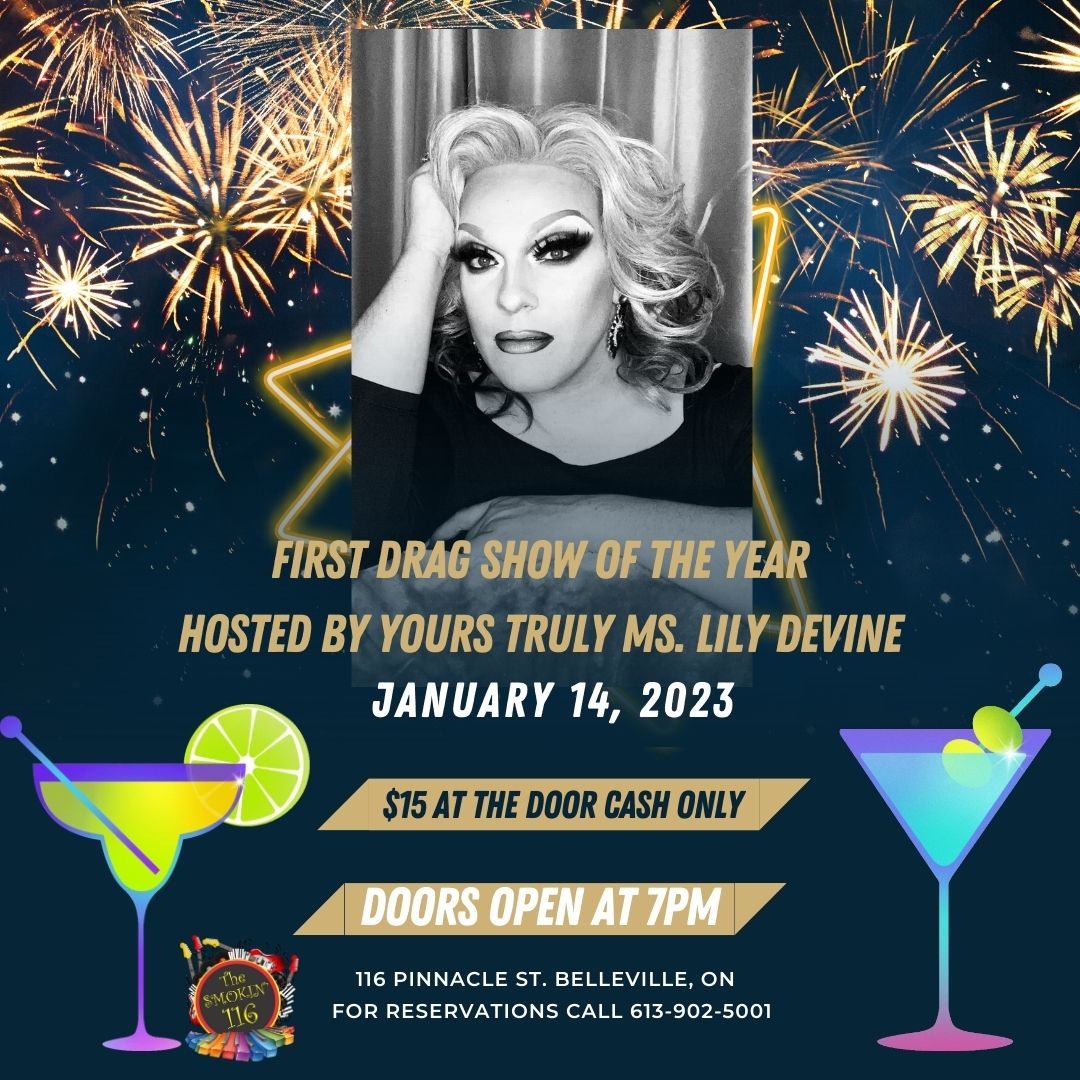 An evening of performances from the finest local drag queens, followed by a dance party. This is going to be an awesome party, so join us if you can! Tickets are just $15 and $20 at the door. Unleash your inner diva, while enjoying the GOOD VIBES of Quinte’s Best Smokin' 'Q' & Entertainment Venue and live glamorous entertainment. Reservations highly recommended as seating is limited. To reserve your table & seats call 613-902-5001 or send a message to our Facebook site. 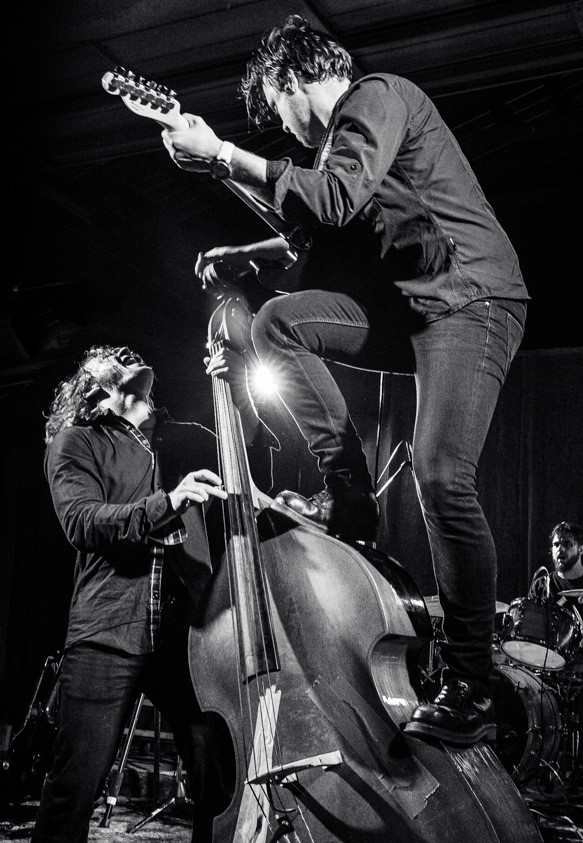 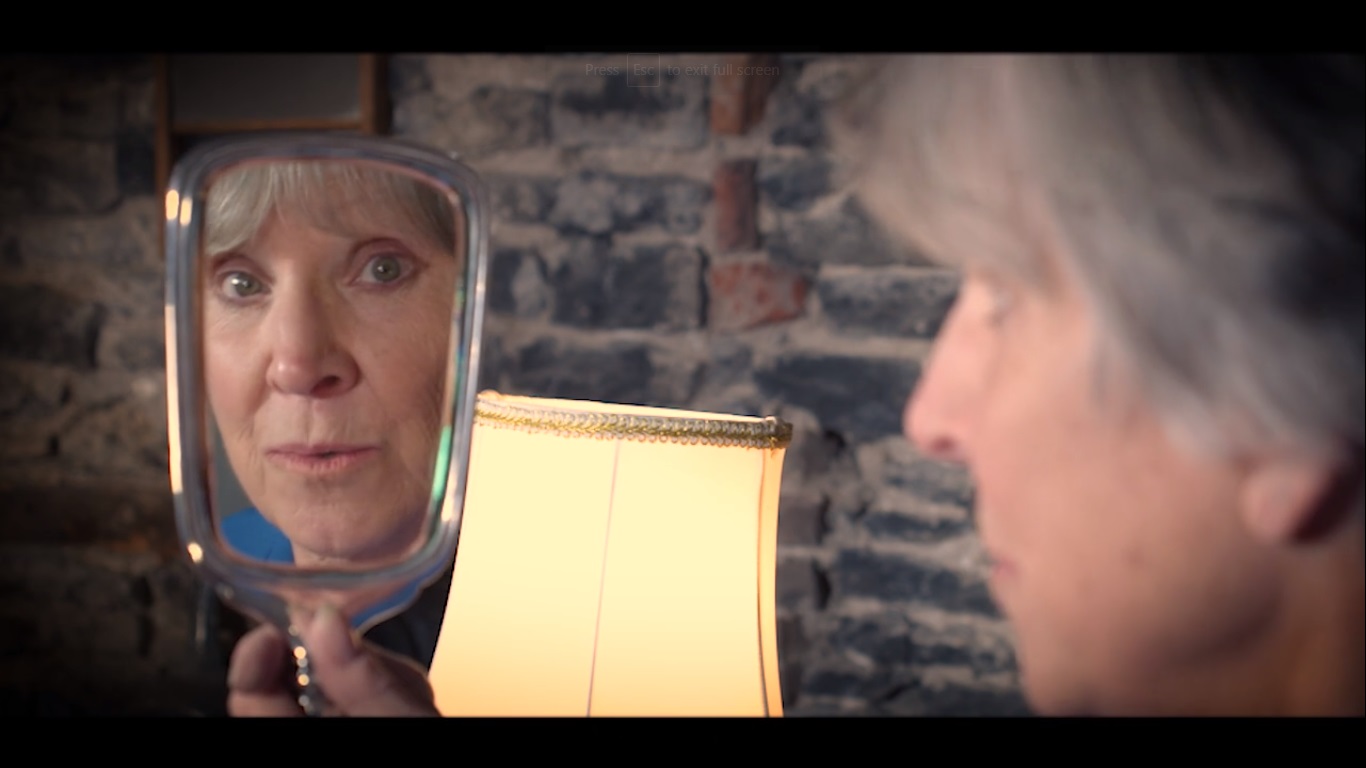