The Musical Box, A Genesis Extravaganza Volume 2 at the Empire Theatre 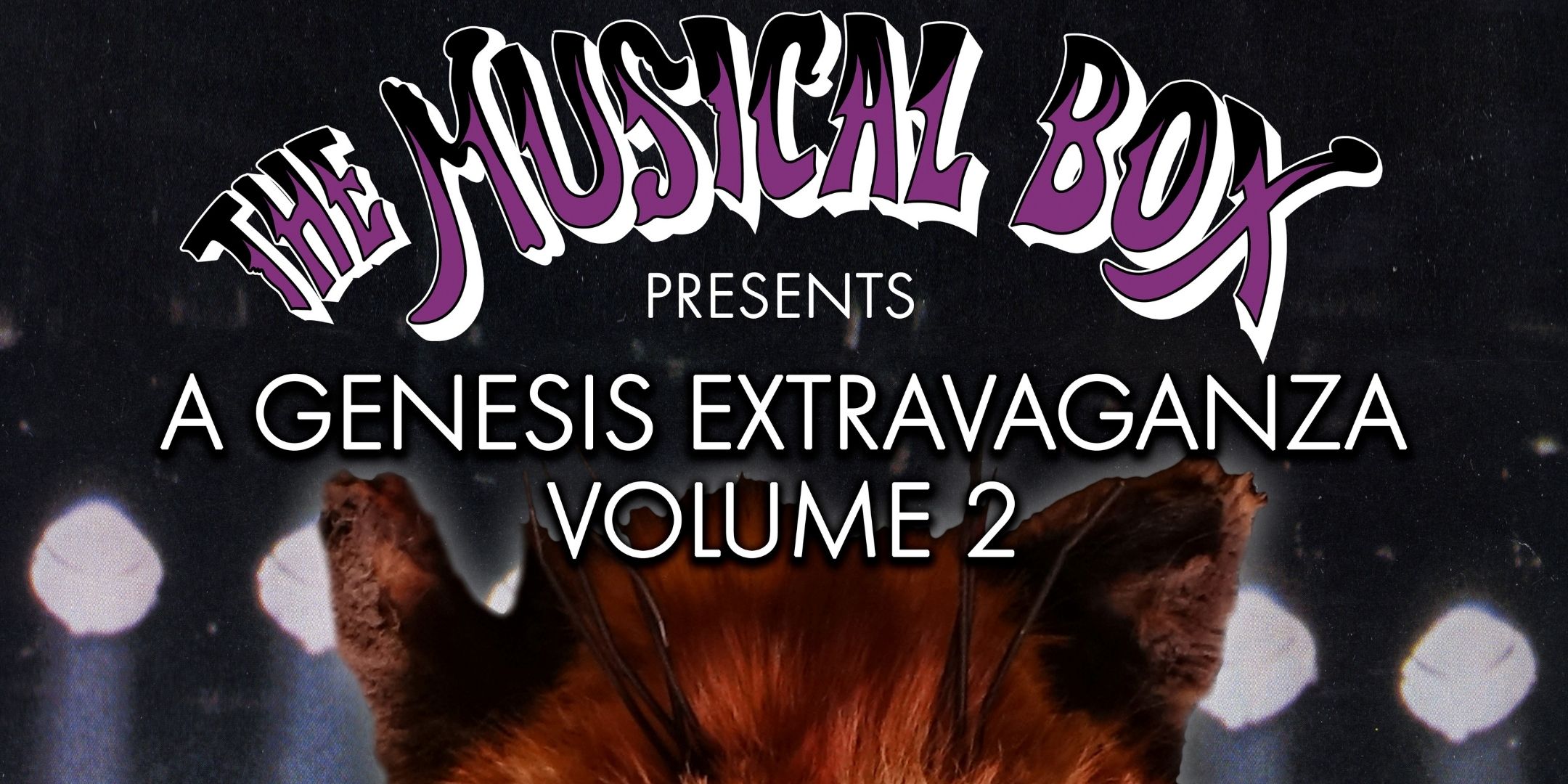 In a sequel to the worldwide acclaimed A GENESIS EXTRAVAGANZA, THE MUSICAL BOX comes back with VOLUME 2 to offer even more of its live visual signature stunts, a museum-worthy array of vintage instruments and a dizzying pace of iconic tracks and stage rarities. The ultimate journey into the mythic world of Genesis (70-78).

From its unique perspective as the only band ever licensed and supported by GENESIS and PETER GABRIEL, TMB presents a new, never performed show featuring the music of TRESPASS, NURSERY CRYME, FOXTROT, SELLING ENGLAND BY THE POUND, A TRICK OF THE TAIL, WIND & WUTHERING and AND THEN THEY WERE THREE.

And a few surprises …

ACCLAIMED FOR ITS HISTORICAL RE-ENACTMENT OF EARLY GENESIS, TMB HAS PERFORMED FOR MORE THAN A MILLION SPECTATORS WORLDWIDE IN SOME OF THE MOST PRESTIGIOUS VENUES SUCH AS THE LONDON ROYAL ALBERT HALL AND THE PARIS OLYMPIA. TMB HAD THE PRIVILEGE OF HOSTING PHIL COLLINS AND STEVE HACKETT AS PERFORMING GUESTS. IN ITS QUEST FOR AUTHENTICITY, TMB IS OFTEN CITED AS THE BEST INTERPRETATION GROUP IN THE WORLD AND THE INTERNATIONAL REFERENCE FOR EARLY GENESIS.

“The Musical Box recreated, very accurately I must say, what Genesis was doing. I saw them in Bristol with my children so they could see what their father did back then” – Peter Gabriel

“They’re not a tribute band, they have taken a period and are faithfully reproducing it in the same way that someone would do a theatrical production” – Phil Collins

“I cannot imagine that you could have a better tribute for any act. They not only manage to sound, but look virtualy identical. It seems as though nothing is too difficult for them” – Steve Hackett

“It was better than the real thing actually. It was great, that was fantastic.” – Mike Rutherford

“The guy who does Peter Gabriel is brilliant” – Tony Banks