Gary’s Gig: The Art of the Classic Movie 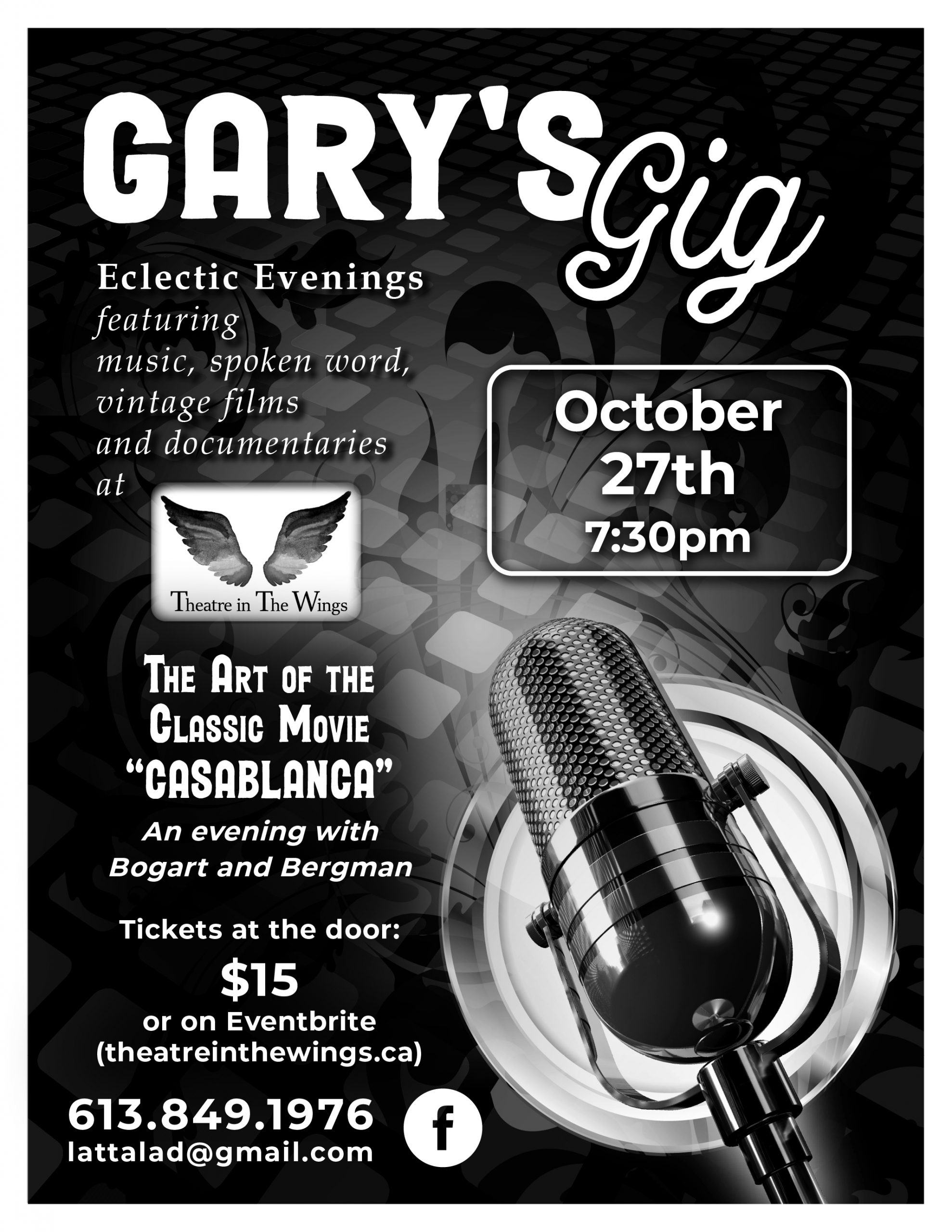 Gary’s Gig will screen Casablanca, regarded today as one of the most beloved movies of all time. Set in 1942 in Morocco in the middle of WW2, Humphrey Bogart and Ingrid Bergman play out an epic tale of intrigue and romance.

But no one involved in the making of the film thought they had a classic on their hands. The production was marred by chaos as the film was shot amidst the very conflict depicted in the script.

With an unlikely leading man, a Swedish actress who wasn’t impressed with the screenplay, a director with poor command of English and real refugees from Hitler’s Europe came together to make one of the most enduring of all classic Hollywood films in the history of cinema.

Over the period of its 1943 release, Casablanca went on to win three Oscars – Best Picture, Best Adapted Screenplay, and Best Director. The music is still enchanting to the ears. Can you even listen to ‘As Time Goes By’ or hear “Here’s looking at you kid”, “Play it Sam” or “We’ll always have Paris” and not think of the film.

A 1943 Canadian newsreel will precede the film. So, patrons are encouraged to get their ’40s’ on!

Tickets are $15 each and are available through Eventbrite, Theatre in The Wings website: https://riverandmain.ca/, by cash at the door, or pay what you can.