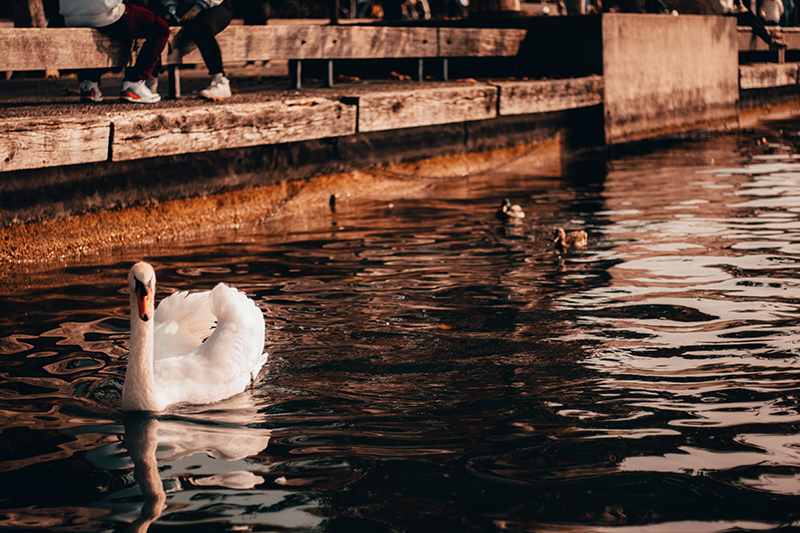 Now that many of our song birds have left our forests to fly south for the winter, it’s time to turn our attention to the open water of the lakes, rivers and the Bay of Quinte for colourful waterfowl.​

Local birders know the best place to see ducks is in the west end of the Bay of Quinte. Each November I like to make a few trips to the Trenton waterfront to scan the Bay for migrating ducks, geese and swans.  Twelve O’clock Point and Bain Park are the best places to observe waterfowl, where more than fifteen species of ducks can be seen staging in the waters, often numbering into the hundreds or thousands.​

Twelve O’clock Point is a short drive south of Trenton along the Loyalist parkway which leads to the Murray canal at Carrying Place. The main feature of Twelve O’clock Point is the pair of long piers extending into the Bay of Quinte. A walk out to the end of the north pier offers great viewing opportunities for those who bring a set of binoculars, scope or zoom camera with them.  If you do decide to walk out to the end of the Pier, pick a calm day and bundle up in warm winter gear, as the wind chill can be biting.​

On this trip I can see large rafts of ducks when scanning with my binoculars to the north.  Scaup, Mergansers, Mallards, Pintails, Wigeons and Goldeneyes are all in their bright breeding plumage. Here a duck, there a duck, everywhere a duck duck. When spooked by a Bald Eagle or Peregrine Falcon, the ducks take flight in swooping displays resembling a swarm of distant insects which can be truly incredible to observe.​

One of the most striking plumaged species of ducks is the Hooded Merganser.  The chestnut sides, black face and back of the male are offset by its bright white chest and crest.  When the Bay freezes over, Hooded mergansers and most of the ducks in the Bay will fly further south for the winter. When they return in the Spring, the Hooded Merganser males’ courtship display for the females are worth watching. They will show off their bright plumage by raising their crests, extending their necks and tilting their heads back and forth.​

I like to make a few extra scans with my spotting scope through the hundreds of ducks, in the hopes of finding a rare species. It is a bit like trying to find a “needle in a haystack”, but sometimes a rare species or hybrid duck will visit the Bay of Quinte region, as one did last winter when a Hooded Merganser X Common Goldeneye was found on the Trent River in Frankford.​

The elegant Mute swan – an introduced species from Europe – is also here in large numbers.  On this visit I count 55, along with 5 migrating Tundra swans and a single Trumpeter swan. From a distance these three species of swans all look alike, but they can be separated by the subtle differences in their bill shape.  When the Bay freezes over, most swans will move to the more open water surrounding Presqu’ile.  ​

American Coots are staging in the west end of the Bay as well.  Savvy local birders know the best place to view Coots is at Bain Park, located just west of the Trenton Air Force Base. When setting up my scope and scanning to the west I’ve counted 46 of these black, duck-like blobs.  Another bird of note here is a Great Blue Heron that is lingering along the shoreline, trying to hunt down a few of the remaining frogs that have not found a place to hibernate for the winter.​

Speaking of hibernating for the winter, it’s time to put down my pen and have another hot cup of chocolate.  Enjoy the waterfowl migration. ​

​Tom’s Tip of the Month — The mid-morning light on a calm day is the optimum time to view waterfowl.  ​