Meet some of OUR locals

When visiting the Bay of Quinte, you may have to contend with some of the lesser celebrated locals (bugs that is). And since we are literally surrounded by nature, a visit to the BoQ means you’re surely going to run into a few at some point. But don’t worry! While they are a crucial part of the world’s ecosystem they are often a very misunderstood part of it. Here is some information for some of the invertebrates sharing our back yard. Nothing but (mostly!) harmless creatures living their lives by the Bay. Can’t say we blame them. 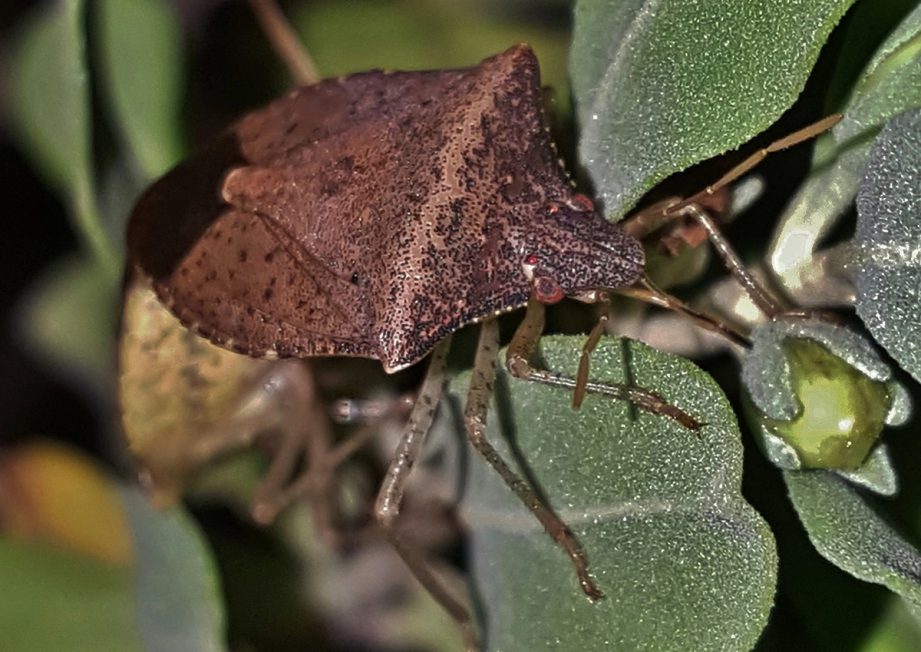 [HALYOMORMORPHA HALYS] Several species of the stink bug are found in Ontario. Some suck on plants, but many are predators of insects. The female stink bug lays about 20 to 30 eggs under a leaf or on stems in tidy rows. And yes, these bugs do stink. 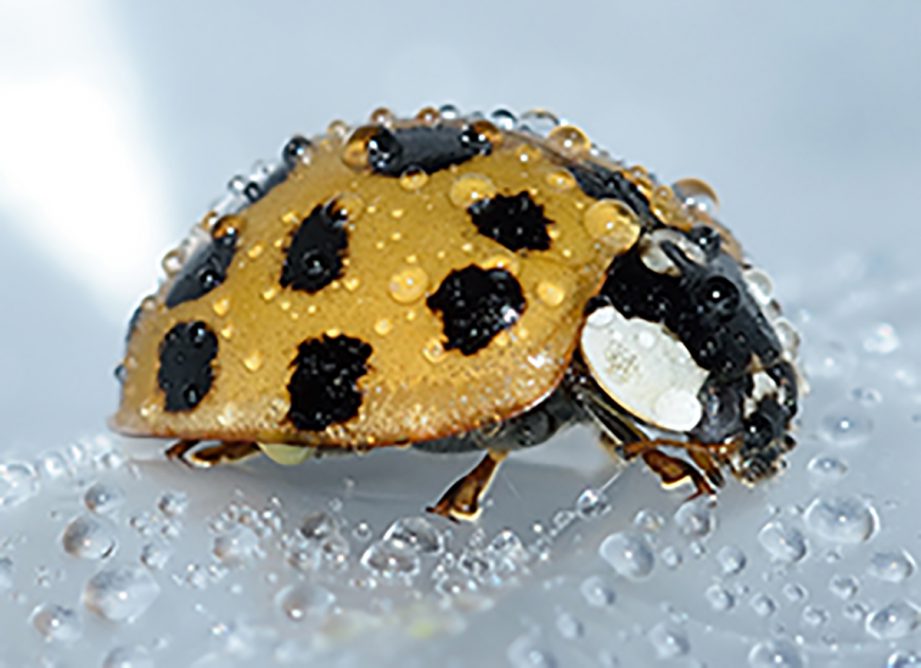 [HARMONIA AXYRIDIS] Introduced to control aphids on crops, the Asiatic ladybug tends to congregate around building through the fall and winter. Unlike the native species, they can swarm when seeking shelter for the winter. 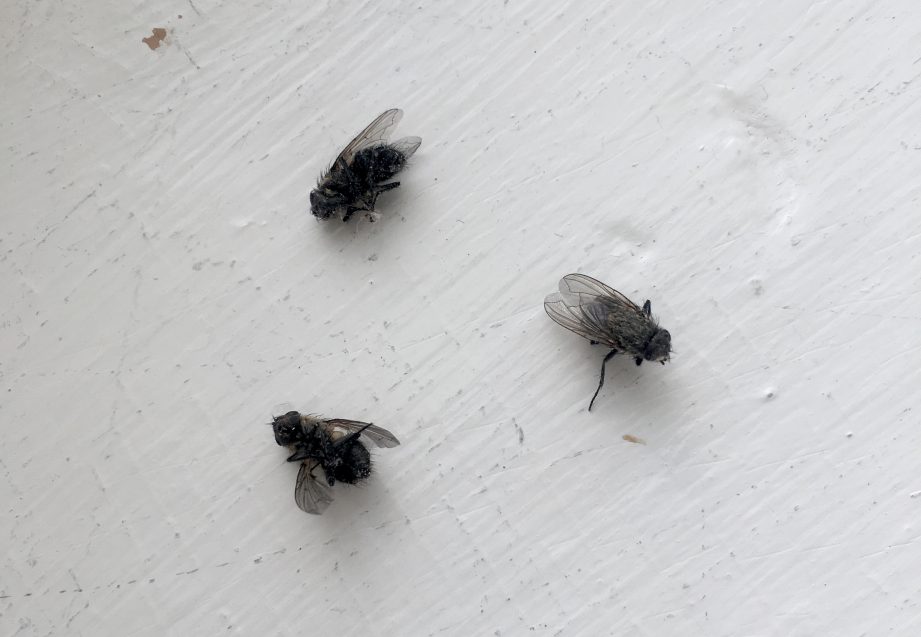 [POLLENIA RUDIS] Slightly larger than house flies, cluster flies invade homes in the fall and tend to “cluster” around south facing windows. If you find yourself in an old farmhouse and see a number of dead flies on the window sill, this is very common and not a sign of neglectful cleanliness. They’re a nuisance but they’re harmless. 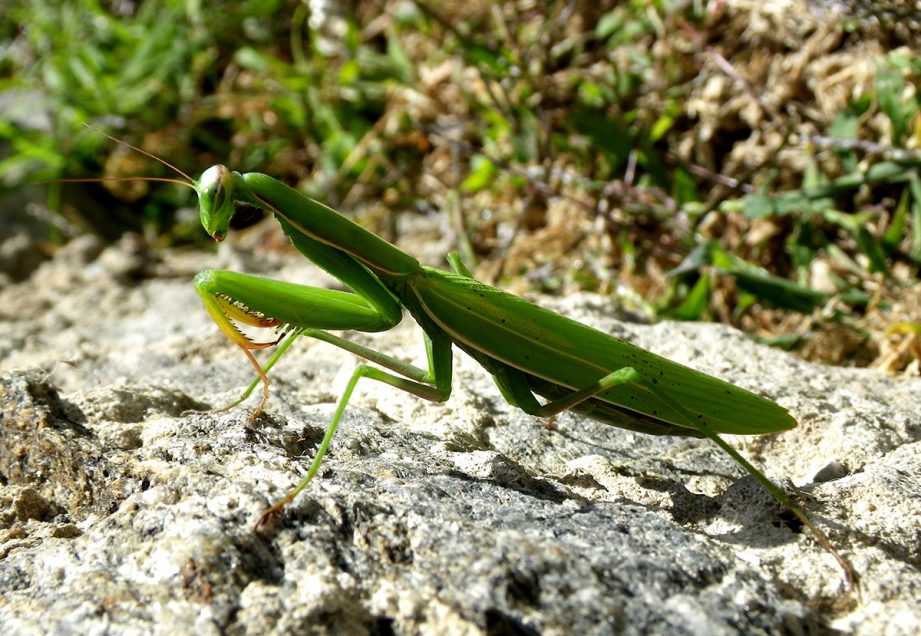 [MANTIS RELIGIOSA] Introduced to control pests in alfalfa crops, the praying mantis is a dominant predator of bugs in our meadows. They may look alien and perhaps frightening but we are assured that they are entirely harmless to humans and are not hostile towards us in any way. 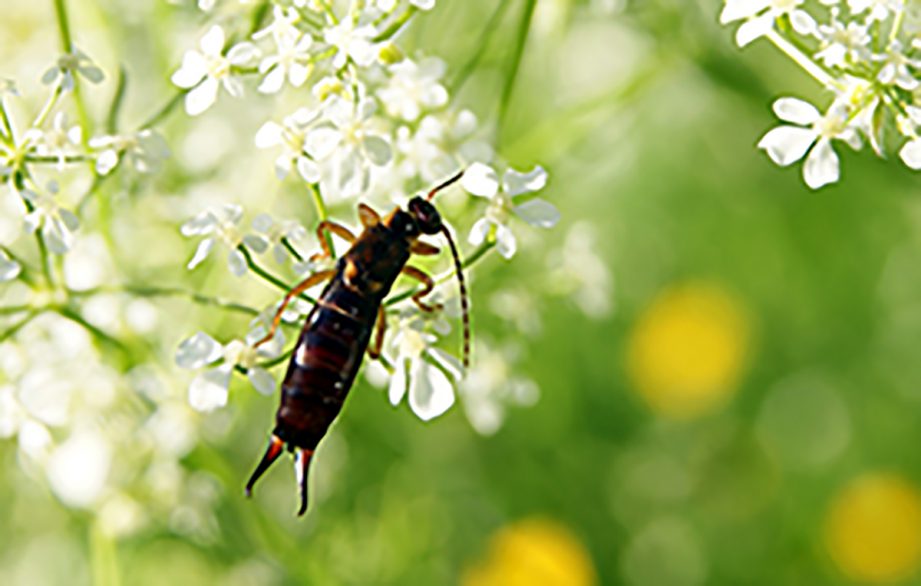 [FORFICULA AURICULARIA] In large numbers, a congregation of earwigs can be quite disturbing but despite their scary, prehistoric appearance, their mythical reputation and the tendency to appear out of nowhere, they are not directly harmful to humans and prefer eating tender leaflets, insects and dead organic matter. 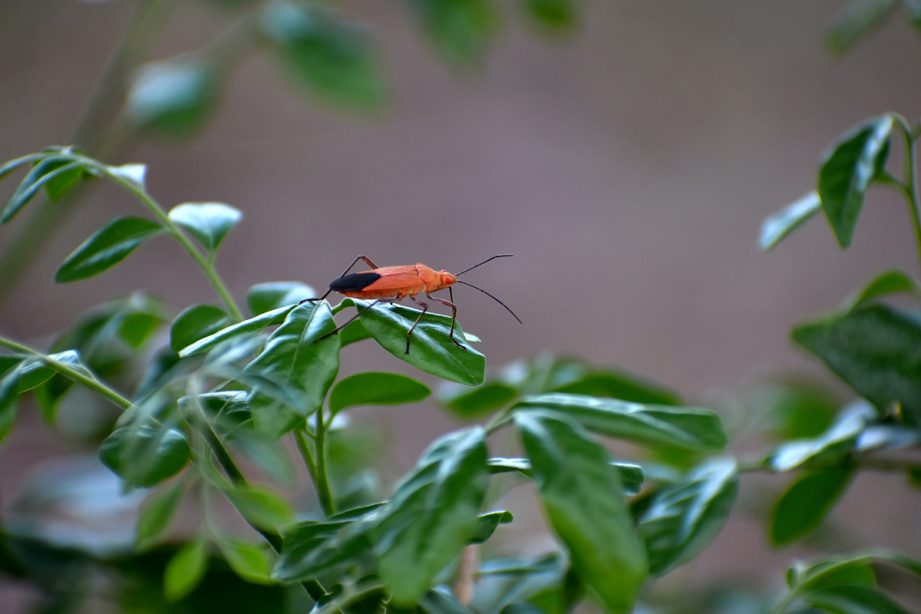 [BOISEA TRIVITTATA] Often seen hanging around houses in the fall, the red-and-black boxelder bug feeds on Manitoba maple (box elder) trees. They can’t bite so they won’t cause any structural damage to you or your home whatsoever if they do find their way inside. 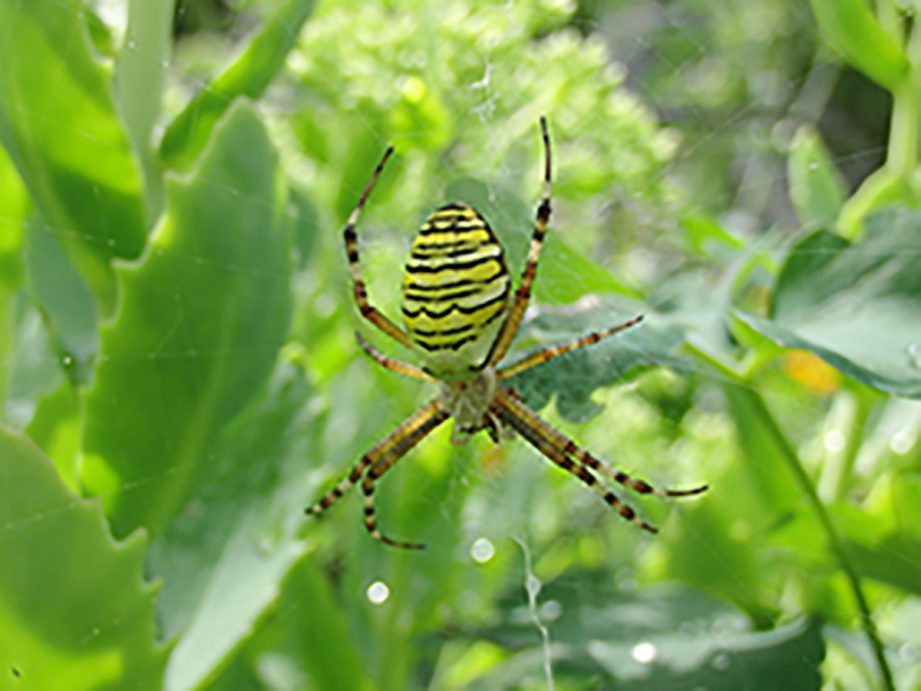 [ARGIOPE TRIFASCIATA] Look for them in August in old meadows and gardens. Their orb web will have a band of thickened silk in the middle. The band is thought to be a lure for prey, a marker to warn birds away from the web and a camouflage for the spider when it sits in the centre of the web. The female can deliver a moderately painful bite if she is threatened while guarding her eggs, but the bite is not medically important. 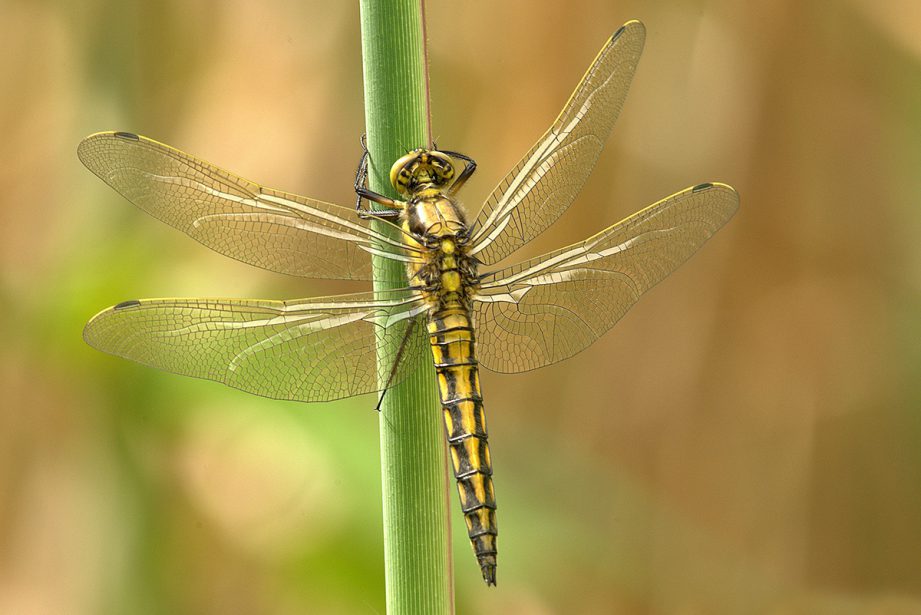 [PANTALA FLAVESCENS] Also known as the globe skimmer, the bright yellow-orange wandering glider is the most evolved dragonfly known because of its ability to drift with the wind, feeding on aerial plankton, until it finally encounters a rain pool in which it breeds. It is not unusual, however to see females attempting to lay eggs on automobile roof tops, asphalt roads or other shiny structures that they mistake for water. (we said evolved not intelligent) 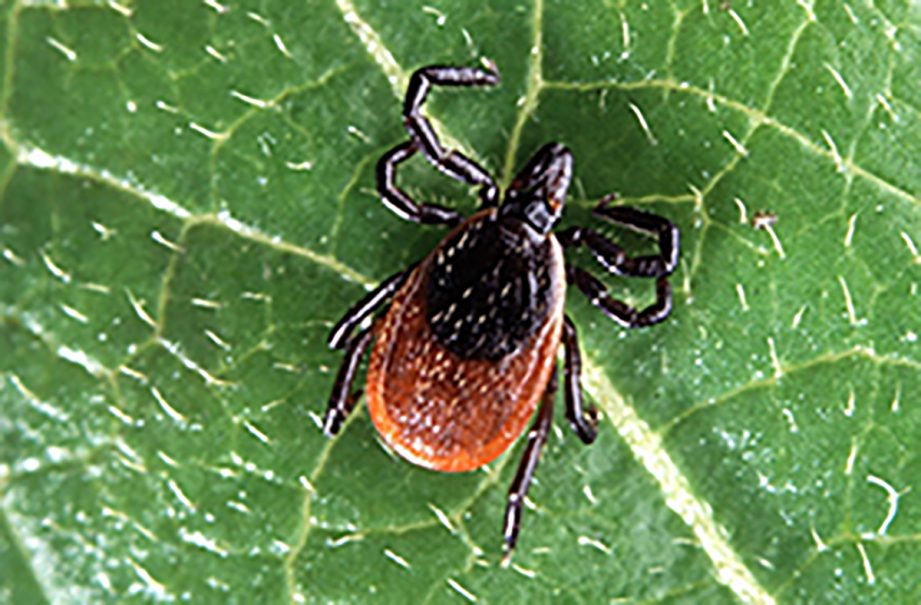 [IXODES SCAPULARIS] You can find the deer tick, commonly known as the black-legged tick, throughout our region. Popular in the news today because of it’s association to lime disease, it is important to remove this blood sucker from the skin quickly and in it’s entirety. Visit here for tips to avoid and, in the event that one has attached to you, proper removal instructions. 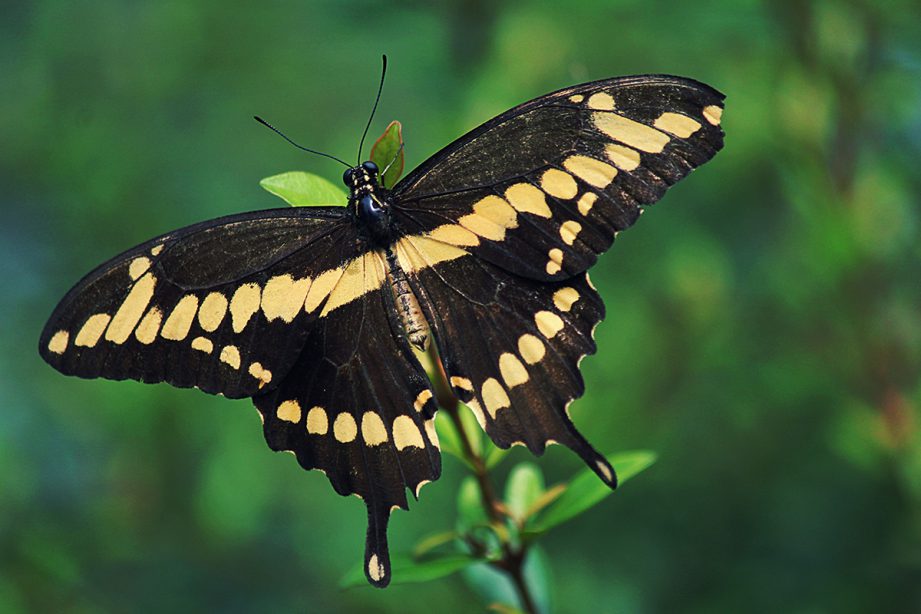 [PAPILIO CRESPHONTES] The largest butterfly in North America and a common resident of Florida, the giant swallowtail butterfly arrives to our region in the summer. It is so big that is continually vibrates its wings while feeding at flowers so that it does not tilt the blossom and miss out on the goodness inside. 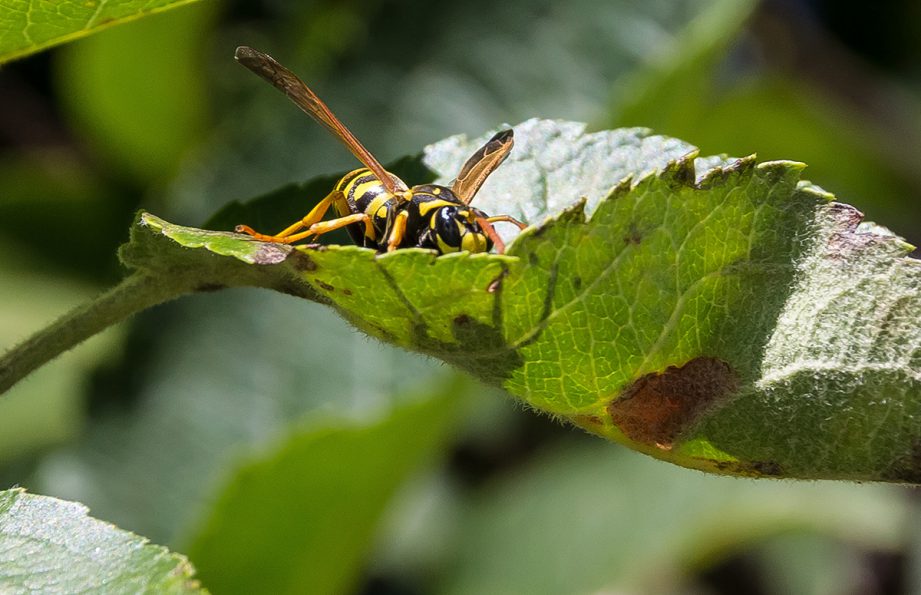 [VESPA CRABRO] Uncommon visitors to our back yards, these enormous beasts are no more than gentle giants if left alone. If you do end up in one’s path its sting will pack a powerful punch, so avoid their grey papery nests at all costs!

Read more about our resident invertebrates on page 24 in our Discovery Guide 6th Edition from expert Tom Mason, the former Curator of Invertebrates at the Toronto Zoo.