Beers and boards are a classic snack combo. Name a better duo–we’ll wait.

Craft beer has exploded across Canada, with new breweries opening monthly–and the Bay of Quinte is no exception. In fact, the greater BoQ region is currently home to 14 breweries, making it one of the most exciting and fastest growing craft beer regions in Ontario.

Alongside this “beer boom” is an artisanal meat and cheese revolution. Local farmers are curing meats and cheesemakers are producing award-winning cheeses.

Excitedly, for the craft beer lover, the pairing possibilities between beer, cured meats and cheese are endless. With that in mind, my wife and I traversed the Bay of Quinte to find the best locations for a craft beer and a charcuterie board.

Situated on the beautiful Moira River in Corbyville’s historic distillery district, Signal Brewery is composed of a series of nineteenth-century red brick buildings 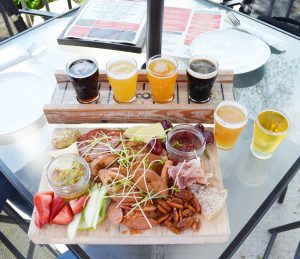 stunningly refurbished. A vibrant, family-friendly venue, grab a seat on the brewery’s sun-washed, riverside patio for the ideal beer and board experience.

Beer-loving guests are spoiled for choice: Signal currently brews 10 different beers, from its flagship Radio Tube Pilsner to its New England style FireWire single-hopped IPA. Not to be outdone, the brewery’s kitchen offers a mouth-watering, mixed charcuterie board to pair with your beer.

Birdy’s is a warm, welcoming restaurant located in Belleville’s charming west end. Join locals at the bar or take a seat on the peaceful back patio overlooking 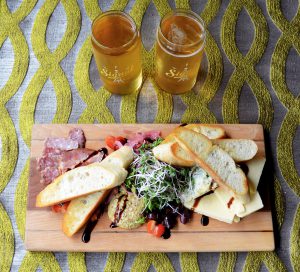 the beautifully manicured lawn and garden.

Birdy’s has one of the region’s best selections of local craft beer – five Bay of Quinte breweries are continuously featured on the menu. This stems from a desire to partner with local artisans to ensure its menu represents its farm-to-table values.

Its incredible charcuterie board, unsurprisingly, is piled high with three local cheeses (including a delicate hunk of creamy blue), cured meats, pickled vegetables, and pea shoots.

Hip and rustic, Capers is the perfect venue for an evening out with your significant other. Exposed stone and an exquisite wood bar greet visitors as 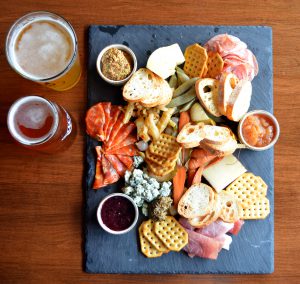 they enter the restaurant. If you are not drawn to the plush turquoise seats at the bar, ask to sit at the front windows for an intimate view of Belleville’s historic village district.

Known for its extensive list of craft beers, Capers did not disappoint. Featuring five local breweries on tap, the beer menu also includes cans of Capers Lager, a crisp, thirst-quenching beer brewed exclusively for the restaurant by Railway City Brewing Co. And its cheese and charcuterie platter is to die for – seriously. Three cheeses are partnered with three meats, plus a vast array of pickled vegetables all made in house.

A pink neon sign at the back of the restaurant reads, “You are exactly where you need to be,” and at that moment, my wife and I could not have agreed more.

In late 2015, Nate Card turned down the opportunity to go to law school and instead opened Wild Card Brewing Co with his family in Trenton. And boy, are we glad he did. The brewery’s family values were clearly apparent on entering the taproom. We were immediately welcomed by Nate, while his parents bantered with other guests, and his brother readied himself to deliver beer to 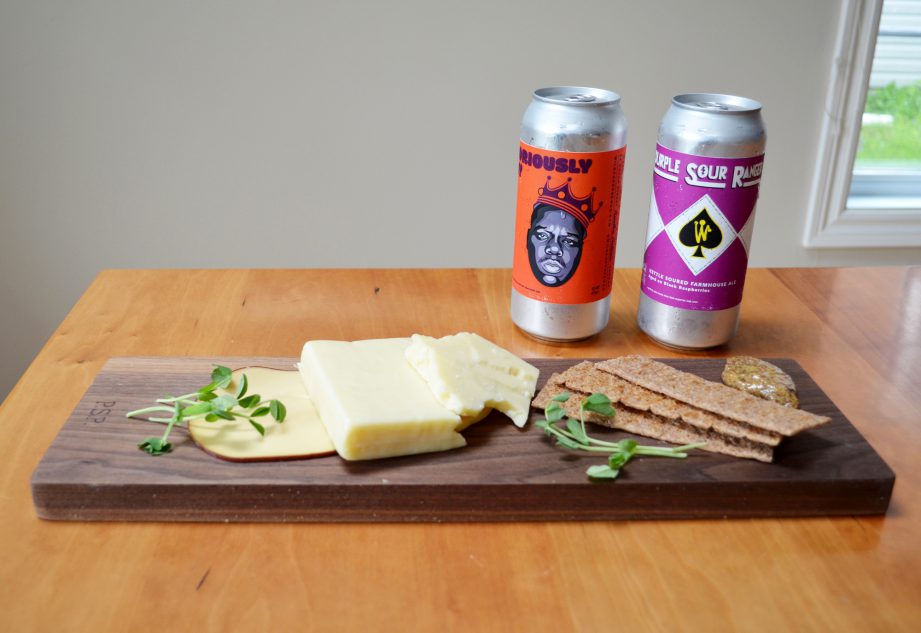 one of Wild Card’s many regional tap accounts.

With great pride, Nate introduced us to the brewery’s core beers (the Notoriously Juicy IPA and Cardinal Truth, a lagered red ale) and its many seasonal offerings. In total, we sampled eight beers, including Limey Bastard, a lime radler, and Purple Sour Ranger, a kettle sour farmhouse ale aged on black raspberries: and yes, both are as good as they sound!

A tasting in Wild Card’s taproom is a great way to get inspired: pick up some beer from their bottle shop and create your own charcuterie board on those cozy nights you just feel like staying at home.