Having resided in the Bay of Quinte region a majority of my life, I’m very fortunate to have experienced many memorable fishing adventures here. Although I now live a couple hours away, I still travel to the Bay throughout each season so that I can target the variety of species the area holds.

Winter time is no exception. In fact, the Bay is my favourite place to be during the ice season. There’s nothing quite like the excitement of pulling up a nice walleye through the ice. A recent adventure resulted in my largest walleye to date! 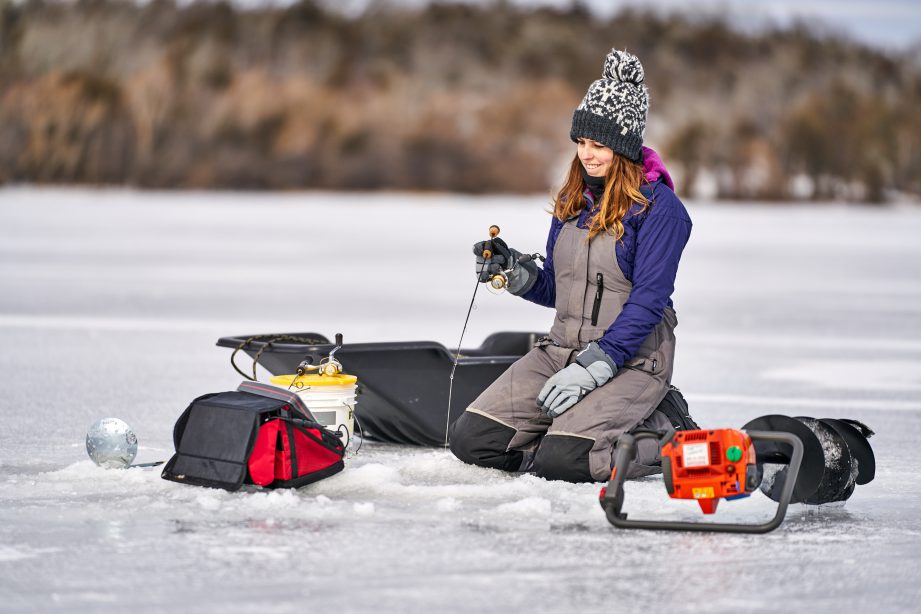 It was a beautiful day out on the ice sitting at around -4°C. Normally I prefer fishing inside my portable shelter with a propane heater blaring, but decided on traveling light and fishing outside. I was out with my significant other, Eric, and we wanted to do some exploring. We started the morning off fishing a spot we have frequented in the past, which didn’t result in any action.

We covered a lot of ground making our way out to a new area we had picked out on a map that looked promising. It appeared to have the right recipe for walleye: a flat area in the 20-foot depth range, with access to shallower and deeper water nearby. After drilling several holes throughout the area, we began fishing.

The action was slow to begin with, but Eric picked up a small walleye followed by a nice big walleye shortly afterward. We were both ecstatic as his fish was the type you hope for! Normally we like to weigh the larger walleye prior to releasing them, but discovered that our scale battery was dead. It was a gorgeous fish that we estimated to be at around 10 pounds. 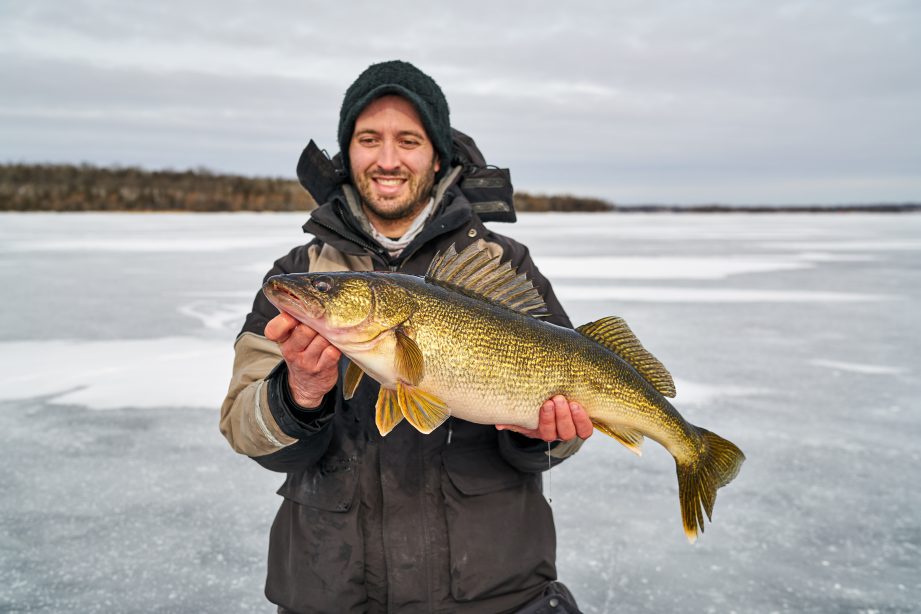 I hopped around from hole to hole and then settled in on the first spot I started at, closest to the break line. I was happy to pick up a couple little walleye on a Rapala Snap Rap in Hot Tiger colour tipped with a live minnow. Evening was approaching and the bite was on. What happened next was epic!

Using my sonar, I could see a few smaller walleye near the bottom that were reacting to my Snap Rap. They weren’t too eager to rise very far off bottom so I decided to jig up a little higher in hopes something larger may be enticed. Moments later, a giant fish came charging up and smashed my lure! After a bit of a battle, I was able to bring this fish up to the surface. It was HUGE! I captured the whole experience on video (click to watch): 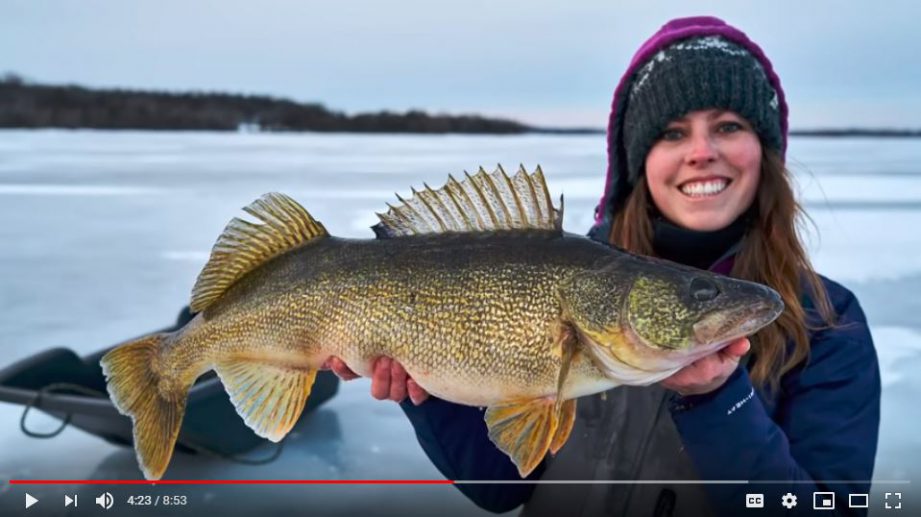 This 35-inch walleye is easily a new personal best, and is the fish I’ve been dreaming about my whole life. It was a very emotional experience and a moment I’ll never ever forget. Eric snapped a couple photos, we took a quick measurement, and then I released this big beautiful female back into the Bay of Quinte to live on and breed.

What a fish, what a memory, what a place!