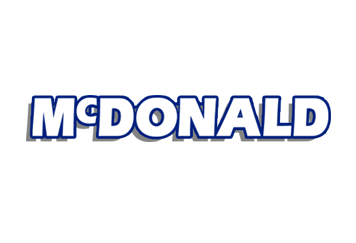 Once upon a time a little girl borrowed her mother’s wedding dress, promising no grass stains. Princess in her own backyard production of Cinderella, her best friend played the role of prince. The kind mother claps for each performance and makes no comment when the dress is returned, covered in grass stains.

Supporting the arts and understanding where a passion for the arts begins is second nature to Marilyn Lawrie, interim general manager at the Stirling Festival Theatre (SFT). She realizes exposure to art is important at a young age. Having a parent who is willing to sacrifice – even a dress – for artistic interpretation reaps great rewards for the individual and community alike.

“My mom was always very supportive and I guess she knew she wouldn’t need the dress again,” Marilyn laughs, “As for the arts, I loved it, I never thought of doing anything else.” Marilyn remembers seeing her first live show, The Red Shoes, as a child. As a ballet student, the story offered a connection and she continued to appreciate other classics, re-enacting Cinderella in the backyard and the result is almost 40 years of living and working in the arts.

Live theatre is an important part of a community. “Life is drab and dreary without arts,” proclaimed Andrew Marre, SFT board chair. The performances connect people and provide a discourse on life, ethical or general, current or past. It is a reflection of self and community. “We are more than just work,” reminded David Vanderlip, the theatre’s technical director. “We are creatures of culture and stories, whether our own or ones resonating with our history and aspirations. We are made to communicate and share. That is what theatre does.”

David knows he is fortunate his hobby and career are one, although he almost landed in finance. If not for late hours at the theatre and early morning accountant classes, he may have been preparing income tax returns rather than co-ordinating the elements of theatre – light, sound, costumes, and set – for the audience’s viewing pleasure.

“The process is the same,” David acknowledged, “I bring all the information into order to make it work.” David also stated live theatre is special because, “It cannot be experienced any other way. There is no virtual equivalent.”

Without big screen and surround sound, and a director call of only, “Lights, Action!” theatre comes alive in plain view. With only 400 seats, SFT offers an intimate encounter with the performers, allowing interaction between audience and stage, as well as among audience members. “This theatre excels at taking us out of ourselves, to another place,” Andrew shared. “We do our part, we put on strong shows, whether artistic or fun, to keep the community coming back and I have been told we do it better than some in Toronto.”

Marilyn agreed, “The theatre provides shows for everyone, from the Young Company, to Pantomimes, music concerts to comedy and drama, plus people always say they are treated well. The shows are top-notch and in the end of it all, the driving force is the show they come to see. We want them to have a feeling of awe, of being a part of something, especially the children. When I hear the cheering and booing during the pantos, I still find the interaction with the stage amazing.”

Community is an important facet of the Stirling Festival Theatre. “The Stirling community is remarkable,” Andrew stated enthusiastically. “There is the volunteer guild, people who give their time to sell programs, tickets, and run the 50/50 draw.” Add in the million dollar hole-in-one fundraiser, the people who believe the theatre is worth having, the volunteer board who itself is a reflection of the community and local support is unwavering.

From purchasing a ticket, becoming a member, volunteering in the theatre or on the board, to hanging a poster in a window, people are necessary both onstage and off to keep the theatre a successful enterprise. “People in Stirling are positive and happy to have a local theatre,” David shared. “It is much harder when the community does not want a theatre but people here are really on board.”

Both Marilyn and David are quick to recognize the generosity of the Stirling community. “The Quinte area is really recognizing the value of the arts in helping to drive economic development,” noted Marilyn, “Theatre contributes to a vibrant and exciting community. When people come to see a show, most likely they stay downtown, shop in the local stores and dine at community spots. While ticket sales are wonderful, they alone do not cover half of our expenses. It is the individual and business donations, the generous community support, the whole village working together keeping us afloat.”

“It is increasingly rare for communities to have their own theatre and while the challenge can be to keep the door open, this is in part what Stirling is known for,” Andrew observed. “It succeeds because in a community of 1,500 residents, the theatre provides shows people want to see, stretching beyond our borders, even to people in the United States.”

To live happily ever after requires the arts and Andrew pondered, “I cannot imagine life without music or art; each fulfills me in different ways. It is not about high culture but about life – the books by your bed, the local shows, the music you enjoy, and an appreciation for live theatre.”

For Marilyn, understanding what effort it takes, whether large or small, to put on a production instills in her a sense of gratitude, for the journey, for the effort, for the experience.

The theatre itself offers a gathering place for the community, a place for the past to meet the future, to share collectively. Live theatre is considered especially crucial to a healthy community and society as a whole. Exposure to theatre helps self development. “It brings the arts in all arenas to people. Whether it is something to see, employment, a place to perform, or a focus for the community,” shared Andrew Marre.

“Education is the arts,” Marilyn agreed. “Children learn how to build critical thinking skills. Team building and problem solving are core tenets of theatrical production. It is about communication and there is nothing else like it.”

Marilyn concurs, “There is no spare money in the arts program. We need community and business support, which is why it is called show business and not show art.”

The magic of theatre captures hearts and minds, in real time, with real people. It is an adventure, shared with the person in the next seat. “We have a manila envelope full of letters from children, writing about their transportation into a magical world,” Marilyn shared.

Join the journey, sit back, relax, and enjoy.

Appropriate for all ages.

A History of the Stirling Festival Theatre