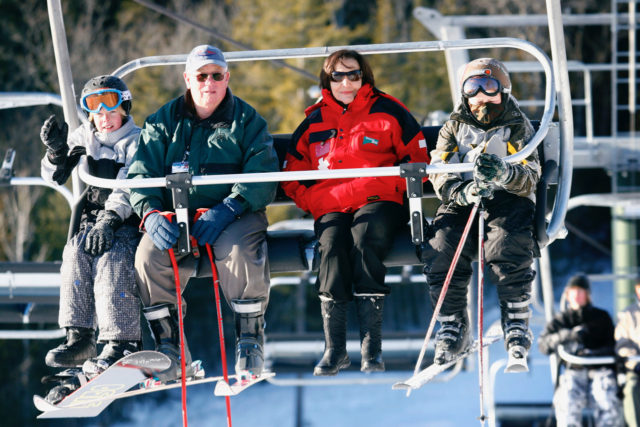 Sure, she was famous for shoes, but Sonja Bata should be remembered for more than the founding of Toronto’s Bata Shoe Museum, particularly by people with connections to the Bay of Quinte region.

She and her husband Thomas Bata, one of the patriarchs of the once-renowned Bata shoe empire, put the quaint Quinte West community of Batawa almost literally on the map. And Sonja’s devotion to the town remained apparent in the final years of her life.

Sonja, whose death at age 91 was mourned on Feb 20, 2018, was instrumental in the start of the Batawa Development Corporation in 2005, as she was its original chair. Serving the role fit with her passion for architecture and design. The corporation was tasked with re-purposing the former Bata shoe factory and creating an environmentally friendly and thriving community.

If you know the history of Batawa – and if you grew up within a sniff of this village you should – take a moment to think about how incredible that is.

The history of Batawa, located off Highway 33 just north of Trenton, dates all the way back to 1939 when a young Czech man, scared off by the threat of Nazi invasion, emigrated to Canada and sought land to make shoes. He bought an old paper mill near Frankford and, with help of 100 or so other Czech immigrants, carried on the legacy of his father, Tomas Bata, who ran a similar Bata shoe company at home, before dying in a plane crash prior to the Second World Ward.

The Bata shoe factory became part of a community called Batawa. By 1989, the factory employed about 1,500 shoemakers and hundreds more engineers. The community had factory-subsidized war-time housing and later well-built private homes. In the 1950s, the Batawa Ski Hill – the one that still attracts tourists today – opened, as one of many means to bring factory employees together and enjoy the lifestyle perks of being in the Canadian working class.

And Sonja was there for it all. She married Thomas – 20 years her senior – when she was still a teenager in 1946 and became a business partner. She travelled around the world to explore new business opportunities for the company. That job, as it turns out, allowed her to collect some rare and interesting shoes that would later fill the Bata Show Museum, a cultural gem in downtown Toronto at Bloor Street and St. George.

Sonja became renowned in Toronto’s business community for her philanthropy and devotion to the arts. She was also appointed to the Order of Canada in 1983. But she didn’t forget about Batawa, Ontario – the small village which helped the shoe empire gain steam.

Of course, shoes aren’t being made in Batawa anymore. Like so many other manufacturing companies, the company eventually found Canadian labour prices were too rich. The last employees in the shoe factory were, figuratively speaking, walked out of the door around 2004.

And now, the five storey-factory is being turned into condos and retail space. It will provide some commerce and some population growth needed to keep the small community alive. The ski hill and its family friendly trails and parks are also helping keep its charm.

Sonja would hopefully be proud.

(Photo credit to Quinte News via the Bata Family)