Whether as an income-producing investment, a weekend escape, part-time seasonal residence or even a full-time home, cottages and vacation properties have become an integral part of the growth and development of the Bay of Quinte Region.
With an abundance of lakes and navigable waterways, as well as the prime waterfront of the Bay of Quinte itself, cottagers who like being close to the water have choice aplenty. As well, if one is more entranced by rolling hills, flat, grassy lands and secluded forests, the landscape of the various communities and counties comprising the Bay of Quinte region offers unlimited possibilities.
For someone wanting access to water, access to nature or access to privacy, the region is becoming popular with folks looking for getaways, semi-permanent escapes or even a comfortable, lower-paced full time residence.

“From what I understand we are the last place in Ontario where you can have a family home and a recreational home in the same region,” said Natasha Huizinga of Coldwell Banker Ekort Realty, highlighting one of the unique facets of the cottage market – and overall market – of the Bay of Quinte Region. In essence, this means someone can live in Trenton, Belleville or Napanee and have a second, recreational home in, say, Marmora, Prince Edward County or Cloyne.
Another highlight is access. Unlike other parts of the province that have been colloquially dubbed ‘cottage country,’ the Bay of Quinte region’s cottage areas are spread throughout the entire community, from the shores of Prince Edward County to the northernmost points of Lennox & Addington County and Hastings County.

“For folks living in say Belleville or Trenton it’s so much of a shorter, less stressful trip than travelling from the GTA to the Muskokas. It’s an hour and 15 minutes or so to Skootamatta Lake or the Bon Echo Park area. And in this area you can get a very nice cottage for $300,000 and you get everything included including waterfront in many cases. People like this area for cottages too because it’s not built up; it’s not super busy. It’s got all sorts of waterways and it’s close to the bay for people who want to be close to the water,” said Meaghan Cooke of Royal LePage ProAlliance Realty.

“And I can tell you from our own experience that the area is becoming more popular, because people just can’t afford to live in the Muskokas any more. We have owned a cottage up north for 15 years on the water and it’s great. And every year we notice the area is getting busier and busier.”
A significant part of the business coming through the office of Prince Edward County-based Rob Plomer and Kate Vader of Chestnut Park Real Estate is the burgeoning cottage market. Part of this phenomenon is due to the changing nature and definition of what a cottage is in this day and age of rapid societal and technological change.
“The expectation among many buys these days is when they think of a cottage; it’s not just a two or three-season dwelling any more, it’s more year round. And we are finding for people coming into the Bay of Quinte Region, the dynamic of what people consider a cottage has changed,” he said.
“There are people looking for a cottage retreat that’s not necessarily on the water but their idea of a cottage is almost like a century home that has a lot of character and a different heritage architecture that can’t be recreated. And these people are reviving things that are vintage and making them a little more polished and then infusing the home with modern amenities that make it really enjoyable for them. But it may not necessarily be on the water, because they are looking for something a little more secluded and ‘back to nature.’”

Plomer and Vader deal with clients looking for plots of land up to those interested in luxury cottage retreats, meaning the value of properties they sell ranges from in the tens of thousands of dollars up to half a million dollars or more.
“Some people are buying older waterfront properties and bringing in builders or architects and stripping them down to the bare bones and reconstructing them. And that’s because properties from the 1960s and 1970s had different setbacks and the proximity to the water is much closer that what is allowed today with a new build,” Plomer said.

“And in terms of more rustic cabins, people are upgrading them but also working to maintain their charm. So they use finishes like board-and-batten or stone work on the exterior. People are being creative and still keeping the aesthetics of the area and that cottage ‘feel’.
“And then you have the kinds of properties where you could flip through and find anywhere in the Haliburton or Muskoka area and drop it in The County and it would be identical to the feeling and aesthetics that we have down here.”
With variety of location, surroundings, style and cost, it’s quite evident that the Bay of Quinte is bound to be a favourable location for cottage buyers for many years to come. 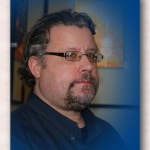