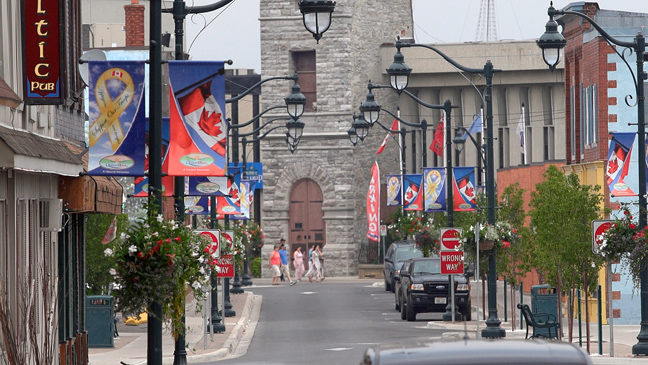 Bay of Quinte Living is interviewing all of the mayors elected or acclaimed in the Oct. 27 municipal election to talk about their economic and community development plans for the new four-year term of their councils.

After nearly a quarter of a century serving Murray Ward on Quinte West city council, Jim Harrison has pretty much seen it all around the council table. So when Mayor John Williams chose not to run again in the recent 2014 municipal election, Harrison decided the timing was right to throw his hat into the ring and seek the city’s top job.

He ended up defeating four other candidates by a wide margin and said he was happy to have such a powerful vote of confidence from his constituents. Harrison also said he is excited about the council he will lead for the next four years.

“One of the main reasons I declared [his intentions to run for mayor] was that a number of councillors were not going to run again and you need a balance on council. You need experience and you need new people with a different focus, a different vision and new ideas,” he told Bay of Quinte Living.

“So I declared for that position early. And we do have a really strong, vibrant group of people here now: not only on staff but also on council. And this council already has a really good, positive attitude. I met with them all and it’s almost like they met with each other ahead of time because there’s a common theme amongst them. They’re all saying ‘what can I do and where can I work and how can I do the best?’”

Harrison believes his experience and solidity were two key factors in his solid victory at the polls.

“I think it’s consistency and a matter of realizing that we have made progress and that we want to continue to make progress. We’re a relatively young municipality and it took a while to get the trust of people both in the north Sidney and the southwest Murray areas. We had to prove to them that our goals are the same as theirs – we want Quinte West to be a great place to live, a great place to do business and a great place to come, visit and enjoy. And that’s exactly what my platform was and the council that has been elected has a very similar identification,” he said.

The new mayor said there is a lot to be positive and upbeat about in Quinte West’s economic outlook, as he pointed to improving conditions in the agricultural sector and that many companies – big and small – are expanding and hiring.

“The area I know best is agriculture and there has been a bit of a recovery since our dollar has been lower and the fuel costs are lower. And as for bigger companies I know McKesson and Globalmed are hiring. And if you take Mark Phillips of Mystical Distributing for example, he’s expanding the current building he just built because it’s not big enough to house his business any more. And he bought the old crane building and he’s leased it out and he’s building addition storage units there. We have some strong businesses here,” said Harrison.

While there will definitely be a spike in population in the short term because of the expansion currently underway at CFB Trenton, Harrison said Quinte West council and staff continue to work towards improving municipal services and amenities in order to continue to attract new residents, above and beyond the increase in military families moving to the community.

“Infrastructure is a simple, albeit expensive way to attract people and we have to anticipate the growth we’re going to experience in the future because of all our efforts. We are doing upgrades to our Trenton Ward waste water plant. It’s going to take a few years and we are working at it in stages so that we can hopefully apply for grants. We have only one river crossing to get our waste from the west side to the east side [of Trenton] where the plant is. So we have done all the testing out there for the soil and under the water and we know what we can do. We’re going to be adding a new line and putting in new pumps that will go to the plant,” he explained.

“We are continuing to do our streetscaping in Trenton, which includes the streets adjacent to Front Street – Division up to King, that’s over $1 million for that short stretch. We know we have to look at our Number 1 fire station and our police station too, as well our fire station in Batawa. We also have some new subdivisions coming in on the south end near the Wal-Mart that need servicing. So we have those kinds of things happening.”

He said there is a lot of work planned for the Frankford Ward in particular over the next four months, as a the city looks to upgrade its services as well.

“We just completed installing a new water line and by the spring it will be all connected and then we will be doing the same on Trent Street. We will then come back and do all the power lines and all the other underground infrastructure as well as do the streetscape in the spring with hopes of having it all done by the first of July.”

One of the key projects being undertaken by the city over the next few years, and one that is designed to be a significant community and economic development tool, is the new Trent Port Marina. When all phases are completed by 2016, it will feature more than 370 slips with a full suite of amenities for boaters including private shower and washroom facilities, a covered outdoor pavilion, lounge, laundry and more.

It will undoubtedly attract more tourists, as well as potential new residents and business investment.

“It will be very exciting. The dock tenders have been awarded and the building is underway. And not only is this a great project for people who live here and like to boat, but we are finding that the marina is bringing people to our city from a tourism standpoint. We’ve got a terrific draw here with access to so many waterways like the Trent-Severn, Bay of Quinte and the Murray Canal. We have a real jewel here,” said Lisa Grills, Supervisor of Tourism and Special Events for the City of Quinte West.

“It’s going to infuse economic growth in the downtown area as well. Not many communities are able to have this kind of facility within walking distance of their downtown. It will get people into the community so they can see what we have to offer and that can lead to people eventually moving here.”

“We really believe in working together. We will work with anybody who can show us a way to make a dollar expand into two dollars. We are working well with Quinte Economic Development Commission and will continue working with them. And also with Ryan Williams and the work Bay of Quinte Tourism and the entire Bay of Quinte brand,” he said, adding that the co-operation extends to working with the federal government of various projects, such as the much-debated Murray Canal crossing, an increasingly important transportation link from Brighton, through Quinte West and into Prince Edward County.

“I think the federal government will come through on that. We are spending $1 million and more on tourism and it doesn’t do us any good to reduce our traffic through the community to and from The County to one lane. All that sort of infrastructure is vital.”

And he said it’s important that the spirit of co-operation continues to filter down to the City of Quinte West’s council and staff.

“It is critical to co-operate. Over the past several years when we are hiring people here at the City we try to hire people that have a positive outlook and an encouraging type personality so they can work together. I am looking for people to want to work together so we can move on and move forward, and that’s the way we are working here,” the mayor said.

Harrison’s family has long and strong ties to the area, which has engendered within him a great passion for his community and a deeply-held desire to make it a better place to live, raise a family, retire, work and enjoy all the joys of life.

“I have lived here all my life and my wife is a fifth-generation farmer’s daughter. My son is a farmer locally, my daughter works at Trenton Memorial Hospital and is a graduate of Loyalist College. So we are an example of families who have taken advantage of the things that are offered here to make this a great place to live and do business. And I think our focus as a council is to continue to develop what we see that our residents want which is a great place to live, a safe place to live with good roads, good infrastructure, good amenities and good opportunities.”

–          Jim Barber is a veteran, award-winning journalist and author based in Greater Napanee. Contact him at [email protected].