Imprints were once thought of as imperfections. Now they are what distinguishes them from their digitally printed counterparts.

To start with, there’s the antique printing press, a bulky 2,000-pound behemoth, dark and burnished with little slicks of oil. It stands in stark opposition to her finished designs–the first ones I see are wedding invitations with delicate lettering loosely scattered on the harvest-style kitchen table, which plays double duty as her work space. 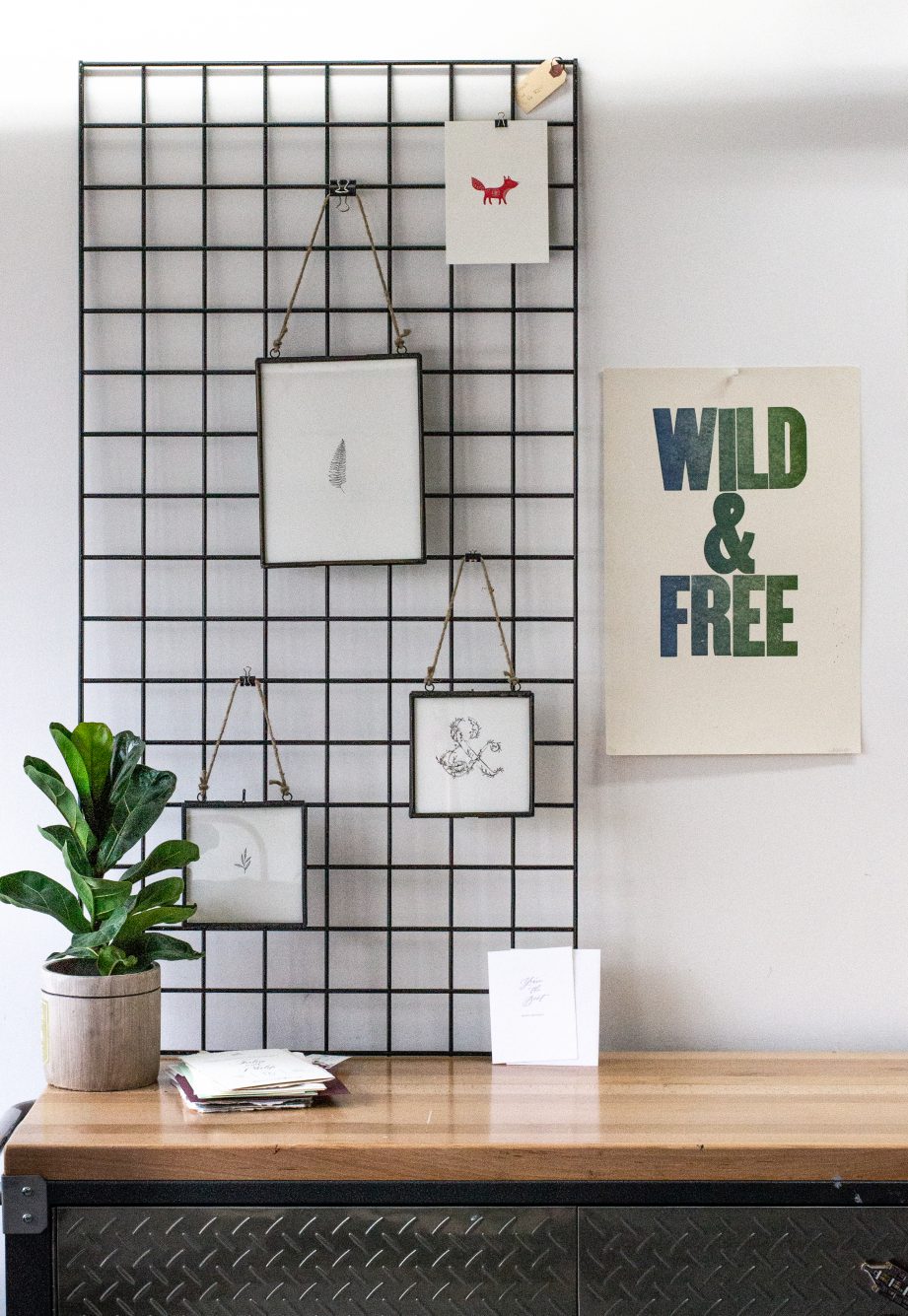 As Amanda guides me towards a chair by this long harvest table, I notice the prints on the wall, one of which reads ‘PERFECTLY IMPERFECT’ in bold letters. Noticing my glance, she tells me, “It used to be a flaw to have any kind of impression in printing,” that imprints were once thought of as imperfections. Now they are what distinguishes them from their digitally printed counterparts, a beautiful and subtle detail noted as you run your finger over the letters. 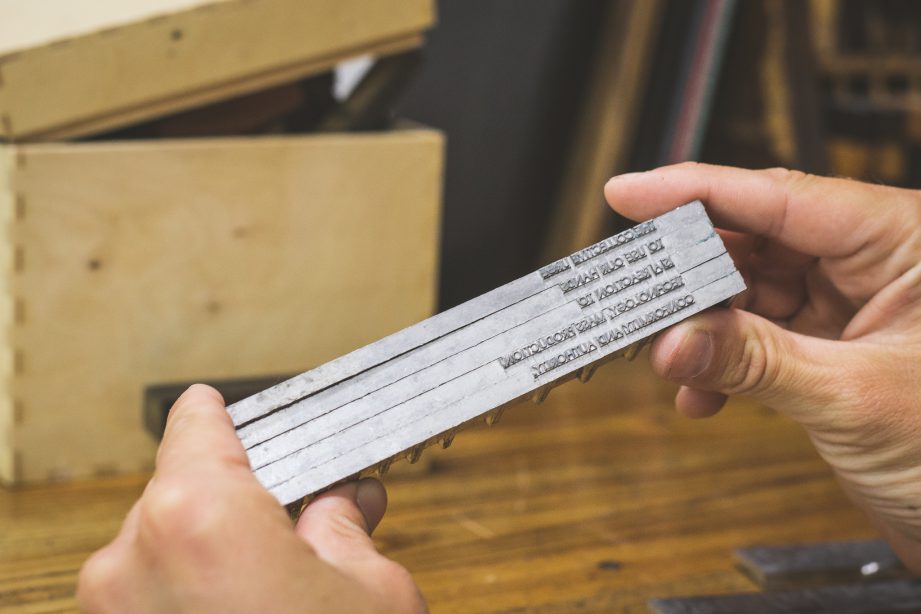 Old type that came with her printing press. “The collective urge to use our hands is a reaction to technology, mass production, conformity and authority.”

Having been educated and worked in digital design, Amanda’s had her feet in the modern and older worlds.

She already had some experience in the digital realm through a college diploma when her interest in the older practices began to grow. “I wanted a little more–I really wanted to get my hands… inky. [To] go back to the way things used to be, get off the computer.” She took a workshop in tabletop letterpress, then found a letterpress professor during her time at OCAD University (previously the Ontario College of Art and Design).

Amanda thought that would be the end of her venture into letterpress, but less than a year after the workshop she came across one for sale online. She and her husband picked it up from the seller, 92-year old John, and moved it to their 500-square foot apartment.

Though it seems like a departure from the modern ways of printing, her current work in letterpress doesn’t entirely reject the innovations of the digital realm.

Whereas the practice used to rely exclusively on movable type, things have shifted so that these two worlds overlap. “Now I can design on a computer, and then make a plate which has a raised surface with my design; [then] I use that on the press, rather than movable type.”

This love of the old ways is evident in the way Amanda showed me her vast collection of type and plates, housed neatly in an old chest of drawers in her garage. Drawer after drawer revealed letters and blocks of every size, which she held fondly as she recounted the process of acquiring them, and how this path led her to Belleville. 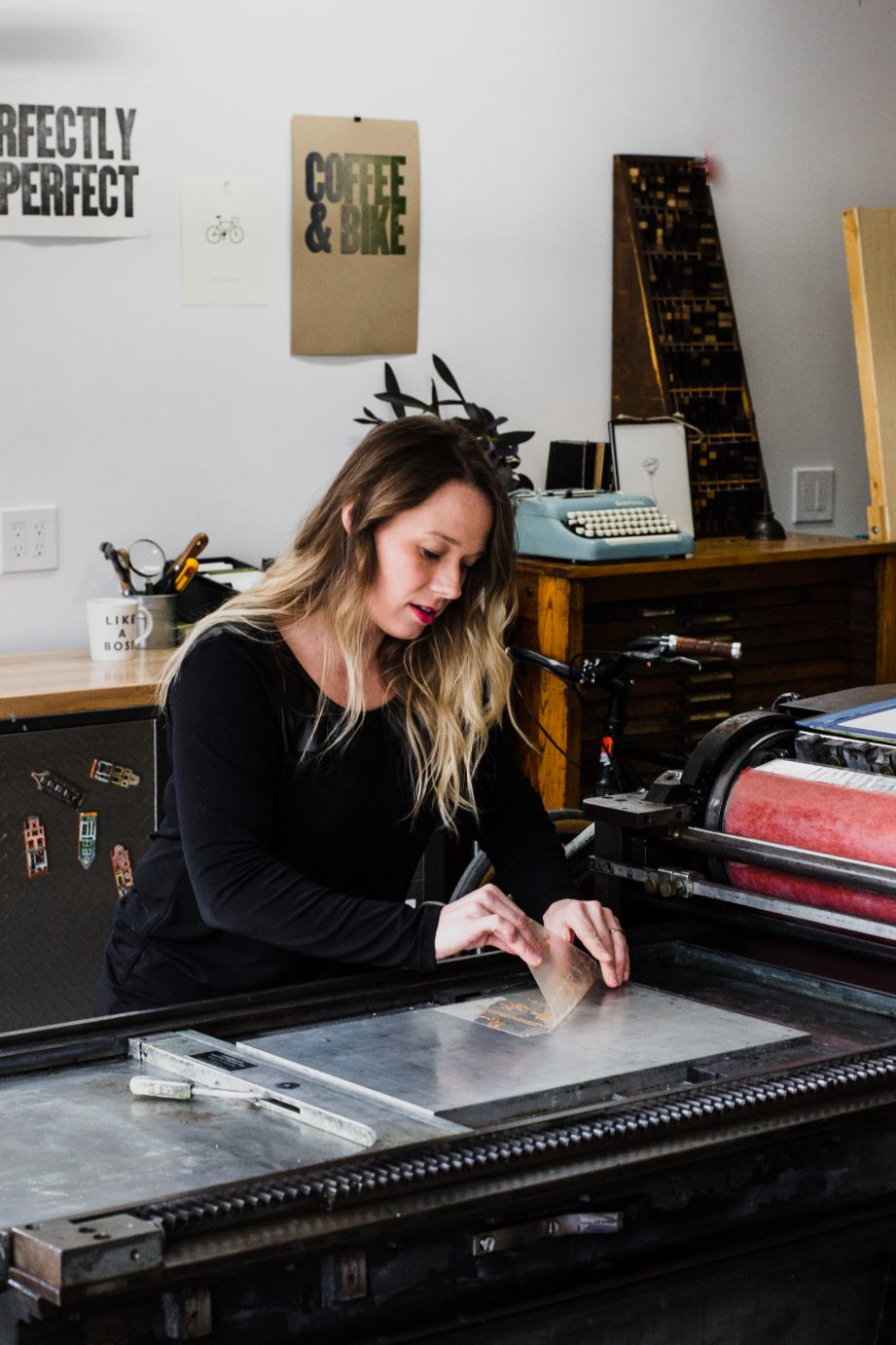 The 2,000-pound press and a growing family meant that their small Toronto apartment wasn’t going to cut it. So, why here?

“My sister-in-law is here with her boys and her family, and I have a five and three-year old, two boys. We thought, if we’re going to move out of Toronto, let’s just have the boys together. Plus, we really like this area. I like being close to the water, out more in nature. [In Toronto] there’s no way I could just let them outside and say, ‘Okay, go ahead, ride your bikes up and down the street,’ like I can here.” 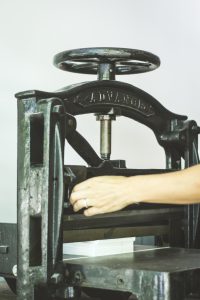 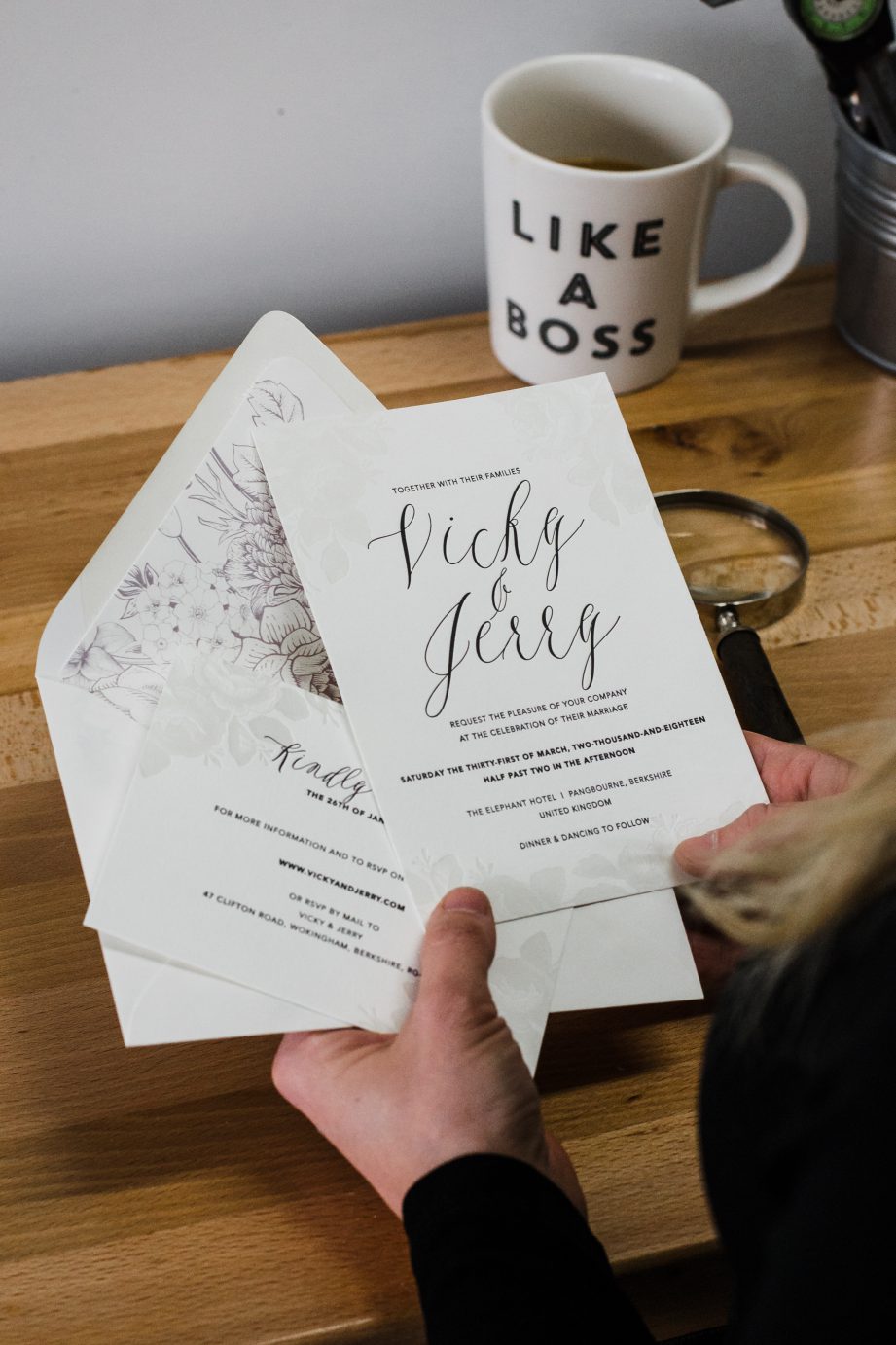 The process from start to finish is filled with many steps, from the initial client meeting, creating the design and plate, choosing and mixing the colours to pressing the final product.

This overly simplistic explanation of the lengthy process misses some of the nuances, but don’t be fooled–there is a lot of care, detail and labour that goes into the production of Amanda’s pieces. It’s truly impressive, each piece a work of art; though, I may be biased since I bought one of her prints for my office.