MUSIC TO OUR EARS

From concert series in the park, shows at the Old Church or Empire Theatres, live music that drifts from patios in the summer, or makeshift stages in bars and restaurants in the winter, music and the Bay of Quinte go hand in hand.

The Bay of Quinte Region has always had a rich music scene, the likes of which have turned out musicians such as Avril Lavigne (born in Belleville, raised in Napanee) and Cold Creek County (formed in Brighton).

Under the current lockdown, live performances have been paused but that’s not stopping local musicians and podcasters from sharing their craft – as the saying goes: the show must go on.

For those on the go…

Music streaming platforms like Spotify and Apple Music are the best way to listen to your favourite local artists when they aren’t performing live. Allen Steinberg, singer and guitarist of Belleville’s Arm’s Length (more on them later!) has curated a selection of Quinte’s Catchiest so you can update your listening library with some Bay of Quinte tunes.

For those who miss live shows…

Music City Mondays, put on by the Empire Theatre in Belleville, lets you enjoy live performances from local musicians from the comfort of your own home–almost like a concert being played just for you!

With over 900 members, the Belleville and Quinte Area Musicians page is another great place for live music with artists frequently jumping on to play a few tunes using the ‘Live’ feature. Be sure to give them a follow so you never miss a performance!

The Old Church Theatre is putting its own twist on live shows. With the challenge of rural internet, you can watch “live” pre-taped shows exclusively online through their website.

Looking for something new to listen to?

Arm’s Length is an alternative band with members from both Belleville and Quinte West. The band just received an impressive 7.5 rating from Pitchfork (an American online music publication) for their latest EP, Everything Nice. You can find their music on Spotify and Apple Music.

Ben Vandergaast is a local keyboardist and multi-instrumentalist with years of experience recording and performing. He delivers highly-applauded covers of Supertramp, Billy Joel, Elton John, The Guess Who, Queen, and much, much more Follow along on his Facebook page for upcoming events in and around the BoQ.

Enrights are a two-man band formed in Belleville writing songs about small towns in Ontario. While they perform locally, they have also made a splash in the Kingston music scene. Find them on Apple Music and Spotify. 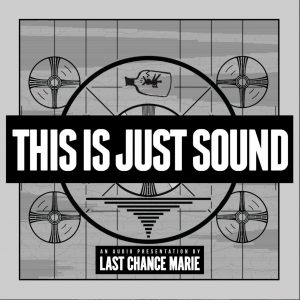 Last Chance Marie, a band formed in Belleville, has been playing punk rock music in the Bay of Quinte area for the past 10 years. The group has opened for Canadian punk-rock band Sum 41 and just recently released their first full length album, This Is Just Sound, available on Apple Music and Spotify.

More into podcasts? No problem!

A local business owner or enthusiast? Check out Power Your Platform or Shop Talk Quinte. Both are focused on conversations with and about Quinte’s entrepreneurial communities.

Sports more your jam? Check out Total Sports Quinte’s podcast. The episodes feature local athletes and alumni who have gone on to professional or elite amateur leagues.

Not into music/podcasts but still want to help?

Commenting on social posts and sharing newly-released music can go a long way for stuck-at-home artists!