KEEPERS OF THE EASTERN DOOR

The Kanyen’kehà:ka, or Mohawk People, are the Keepers of the Eastern Door of the Haudenosaunee Confederacy. It is their responsibility to notify the rest of the Nations if there is anything or anyone approaching from the eastern territories of the Confederacy that may affect the Kayanere’kowa, or Great Law of Peace.

When the Kanyen’kehaka saw an encroaching settlement, they sent runners to the Onondaga Nation, who are the Firekeepers of the Haudenosaunee Confederacy, to notify them of strangers approaching the land. With them, the new coming settlers had their families and were destructive to our “rooms”, or land.

In 1609 at Ticonderoga, the Beaver Wars broke out and there was unrest between the Haudenosaunee and French, with Samuel DeChamplain as their leader. The Dutch and English took the side of the Haudenosaunee which established a loyalty and basis for future peacemaking efforts.

During this time, the Haudenosaunee Confederacy consisted of only the original Five Nations: Mohawk, Oneida, Onondaga, Cayuga and Seneca.

Between 1613-1614 the Haudenosaunee came to an agreement with their Dutch allies, which was also adopted by the English and subsequent colonial government leaders such as George Washington. This agreement was called Kahswentha, or the Two Row Wampum.

LIVING SIDE BY SIDE 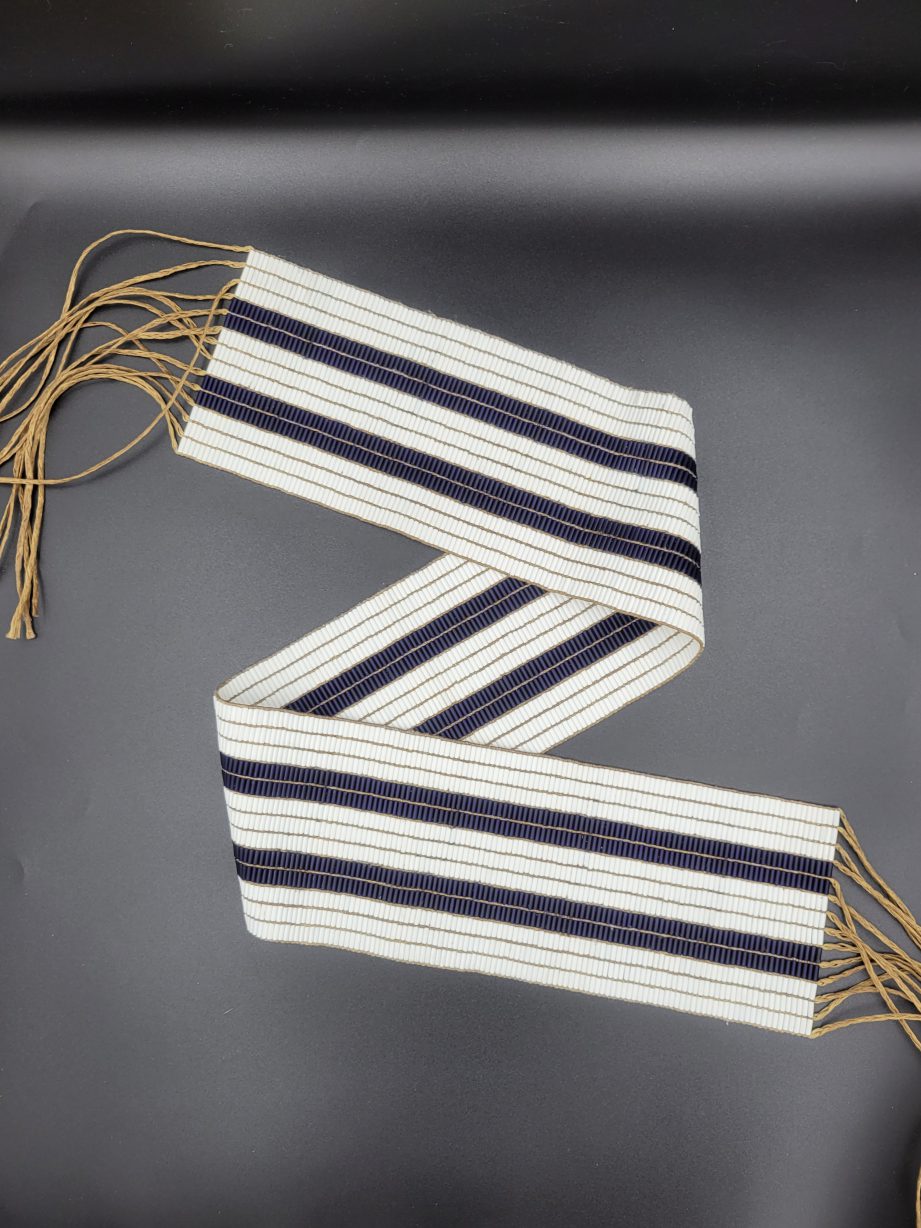 When the discussions began, the Dutch stated to the Haudenosaunee leaders they would be like our fathers and we would be like their sons. The leaders responded: “You say that you are our father and I am your son.” We say, ‘We will not be like Father and Son, but like Brothers.’

This wampum belt confirms our words. These two rows will symbolize two paths or two vessels, traveling down the same river together. One, a birch bark canoe, will be for the Indian People, their laws, their customs and their ways. We shall each travel the river together, side by side, but in our own boat. Neither of us will make compulsory laws or interfere in the internal affairs of the other. Neither of us will try to steer the other’s vessel.”

The Haudenosaunee recognized the way the Dutch recorded their laws and agreements and determined that the pen and paper would not stand the test of time. The wampum belt was presented as the Haudenosaunee contribution to the agreement.

Wampum was used as it comes from the Quahog shells, which were in abundance in present-day New York State and the eastern coast of Turtle Island. All agreements going back to the Peacemaker were recorded using these belts which were proven to withstand the tests of time, ensuring that the agreements would never be forgotten.

The belt was designed with three white rows and two purple rows all equal in width showing the equality between all Nations and the balance we need to maintain in creation. The white beads represent the river of life, purple beads represent the people of the Haudenosaunee and Dutch living side by side. One in their canoe and the other in their ship.

When the Dutch asked a Mohawk leader what would happen if someone fell between the canoe and the ship, they responded that it would be up to that person. They would need to make their way to either the ship or the canoe, and live under those laws respectfully, forever. The agreement has been kept by the Haudenosaunee to this date.