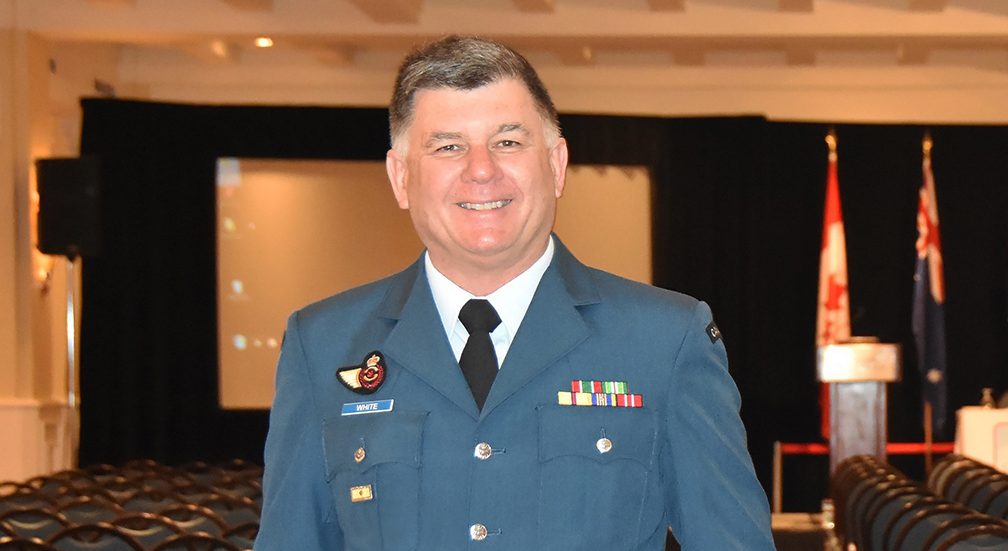 Military veterans make the ultimate contribution to society by putting their lives on the line for their country. Their contribution on behalf of our nation is appreciated beyond words, and their sacrifices will never be forgotten. In this profile I spoke with Belleville resident Lieutenant-Colonel (L-Col) Mort White, who retired from The Royal Canadian Air Force (RCAF) earlier this year. Thank you to The Memory Project for connecting me with Mort.

Born and raised in Sydney Australia, Mort White joined the Royal Australian Air Force (RAAF) in 1984 at age 26. He served 25 years in the RAAF. Earning his first rank was one of his proudest achievements. Considering himself at the time to be a tad liberal for military service he said, “I was surprised that I went in and that I passed I guess.” But he quickly came to realize that it’s not an unusual trait in the Air Force. “I have left-wing views which I thought would not belong with the military, but actually, when you get in, you find that there’s a lot of people like that and there are a few more liberal views in there than you’d think.”

As it turns out, the Air Force was a good career fit. Mort qualified as an Air Traffic Controller and Air Battle Manager from 1985 to 1990. Throughout the 90s, he was sent on numerous exercises and smaller operations. Then from 2003 to 2004, he was deployed to the Middle East for Operation Iraqi Freedom. He was given Accommodation for being the commanding officer in Iraq when he did his tour. 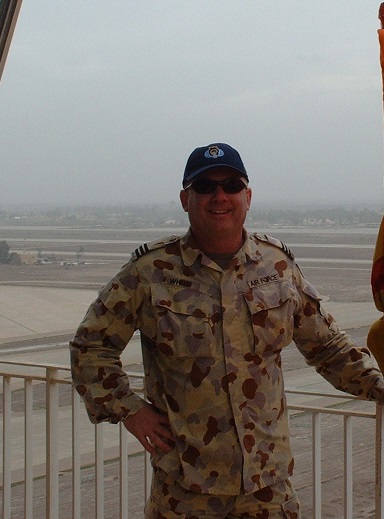 “We were embedded with the Americans on the base in Baghdad, and we ran the air traffic control section. The rest of the base was either American or from the UK, and we were the only Australians there. I was CR at that stage, so that was probably the most rewarding thing I did and to be recognized by the people that worked for me, and who I worked with, felt good.” He was later awarded the Australian Medal for Combat for his time in Iraq.

For Mort, being away was a strange experience. “Not everyone agrees this is what happens, but it’s almost like your other world ceases to exist for a while. I think it would be somewhat like going to prison in that you’re very regulated in what you do, you’re restricted on where you can go, and you become very institutionalized—it’s very hard to adapt when you come back. In a way, it’s sort of liberating. You have no responsibilities: there are no bills to pay, no lawns to mow, there’s no winterizing to do. You’re just doing what you’re there to do, and that’s it. There’s no other part of your world.”

But being away isn’t easy with a young family at home. “When my daughter was six months old went I went to Iraq. When I came back, she didn’t recognize me.” A psychologist at the combat area helped Mort prepare for this challenge explaining that young children recall voices easier than faces. “So, I sang a song to her that I always sang to her. Before that she didn’t really want to know me, and when I started singing to her… it was really quite moving actually.”

After his tour in Iraq, the RAAF sponsored his Master’s degree at Alabama University. He and his first wife, a Canadian, decided to stay in North America. In 2007, the Canadian military was recruiting. “They were looking for people to help with their Olympic effort and I had done a lot of airspace security at the Sydney Olympics. I had the experience they were looking for, and transferring was really quite easy.” After Mort finished his masters in Alabama and transferred his royal commission to the Canadian Armed Forces, he and his wife left for Winnipeg.

In 2011, Mort was deployed to Afghanistan to be a mentor at an Afghan college. The country was still in strife and acts of violence were still a reality. Close bonds were formed there, some were taken away by extreme violence. “It was hard. But those friendships that you have, those horrendous things you shared, gives you a different bond that a lot of other people could never really understand.”

There were difficult times, but there were also good times. He recalls Tim Hortons setting up a concession in Kandahar for troops there. “I was in Afghanistan at Christmas time, and Tim Hortons really looks after the Canadian Forces. Everyone lined up at a little Tim Hortons shack at five in the morning. It was a walk-through, not a drive-through, and people (from every national military force) lined up waiting for [it]. If you had a Canadian uniform on you didn’t have to pay, so that was nice.” 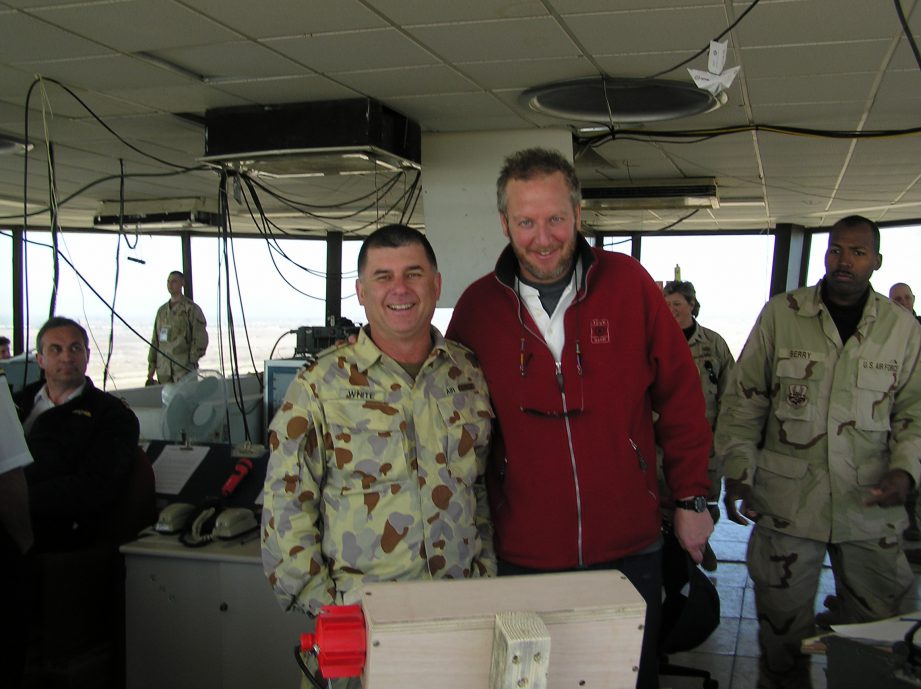 There were also the mountains of letters from civilians. “Some kids and families, and some older people, would write and say here is a $5 gift card, thinking of you, thank you for your support. Kids would send pictures—my own kids would send me stuff. It was also nice to sit down and write back to the people and thank them. We got so much mail. I’d sit down and spend three hours answering the mail, and that was fine. I felt connected to back home.”

Returning to Winnipeg proved to be a difficult adjustment. Afghanistan had taken its toll on him, and subsequently, his marriage. He later remarried and was stationed at the Canadian Forces College in North York as an instructor developing curriculum for several years. He finished out his military career at CFB Trenton.

“I was stationed at the Trenton base about four or five years ago at the Canadian Forces Aerospace Warfare Centre.” He started in simulation, hooking up different aircraft simulators around the country. “We were then trying to train without using thousands of dollars’ in gas. It certainly has come a long way—economics always drives what you do.” He later worked there as a lecturer and retired as Lieutenant-Colonel.

Mort is currently pursuing his Masters of Fine Arts Degree through Dalhousie University. On what it’s like retiring after 33 years of military service, Mort reflects, “I thought I would have more separation anxiety from the military, but I’m actually just really enjoying slowing down and doing some writing.”