There’s no shortage of history and great architecture to be found in Greater Napanee! Photographer Justin Anderson took some nighttime snapshots of a few historic sites and striking streetscapes around town. 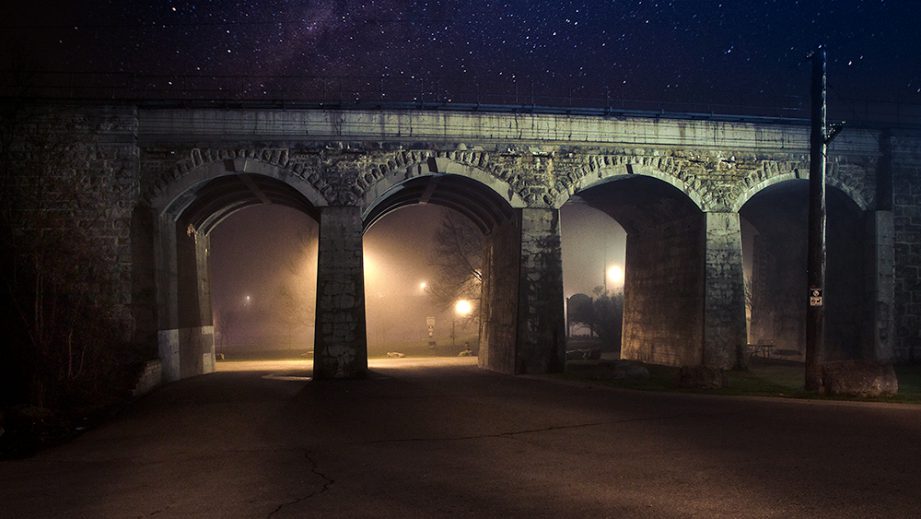 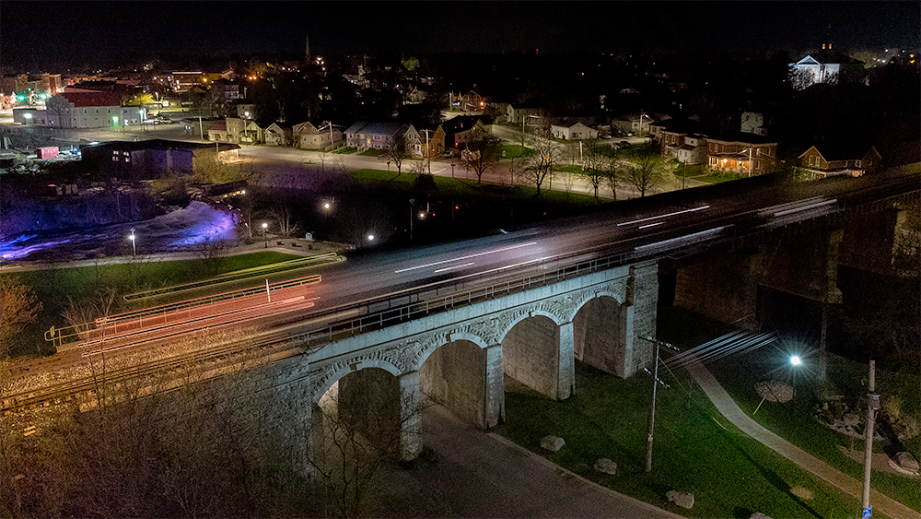 On night two of shooting photography, I wanted to see if I could get a moving train photo from the drone. This photo was shot in three exposures, edited in HDR. I love that you see the falls and the courthouse in the distance. I know I’m gonna have to visit this location again for a sunset photo, you can count on that! 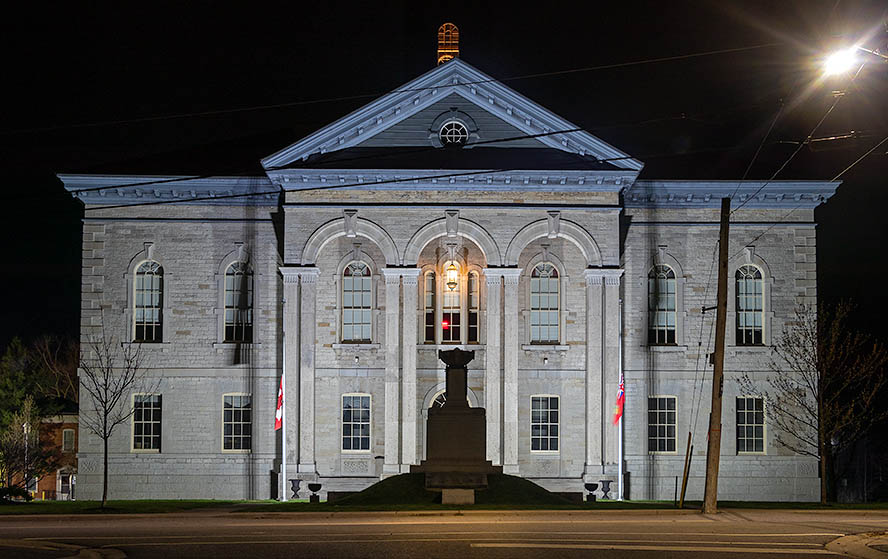 This building really stands out at night. Originally built in 1863 and since restored, this well-proportioned majestic structure was designed by Kingston architect John Power and constructed by John Forin of Belleville. The square lantern tower mounted at the centre of the roof (you can see the light in the photo) is a distinctive landmark on Greater Napanee’s horizon. 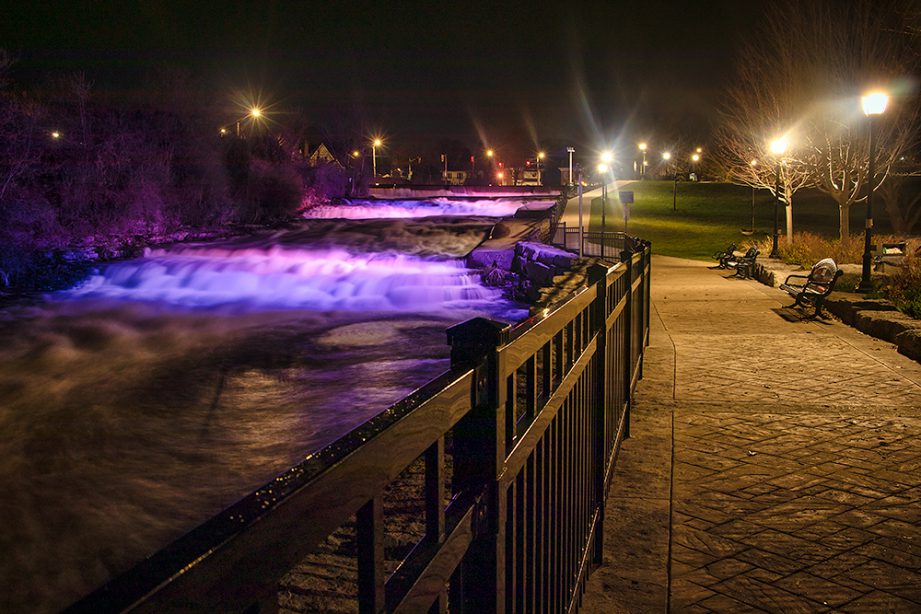 You wanna see impressive? The spring time or after a significant rainfall this cascade is next-level awesome. This is a long, gentle cascade about 30 to 40 metres long and 10 metres wide near the mouth of the Napanee River. The falls is comprised of multiple little steps over thinly bedded limestone, giving the illusion of a long, gentle staircase. Likely as a check on erosion, parts of the waterfall have been edged by a concrete wall and concrete riprap. By the way, I shot this photo with a four-second shutter speed! 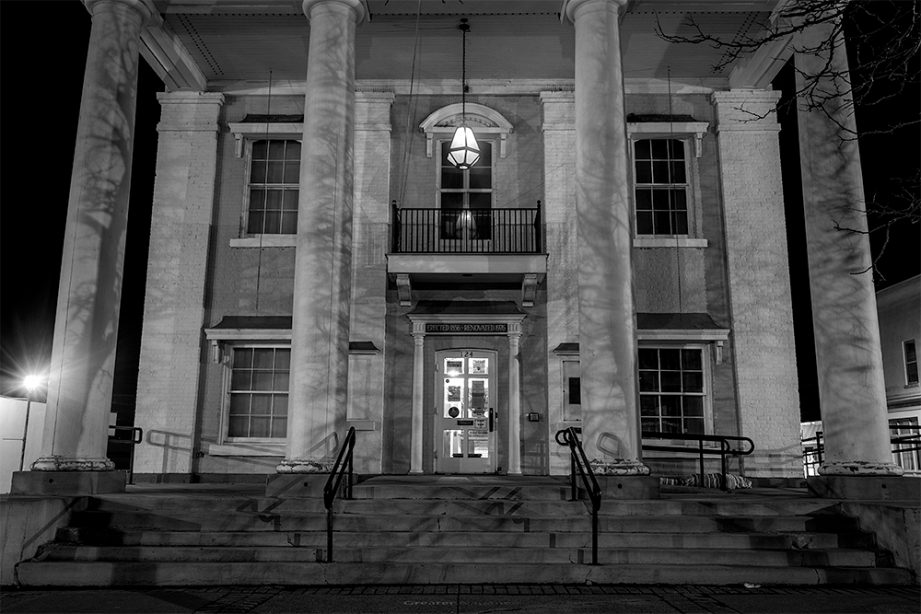 Greater Napanee’s Town Hall is a National Historic Site of Canada, designated in 1984. It is a striking mid-19th-century town hall, built in the (rare) Greek Revival style. I love the imposing, columned portico; the columns were added in 1928. When scouting photo locations, this building was on the top of the list for me. It’s a stunning building!

THE HEART OF DOWNTOWN 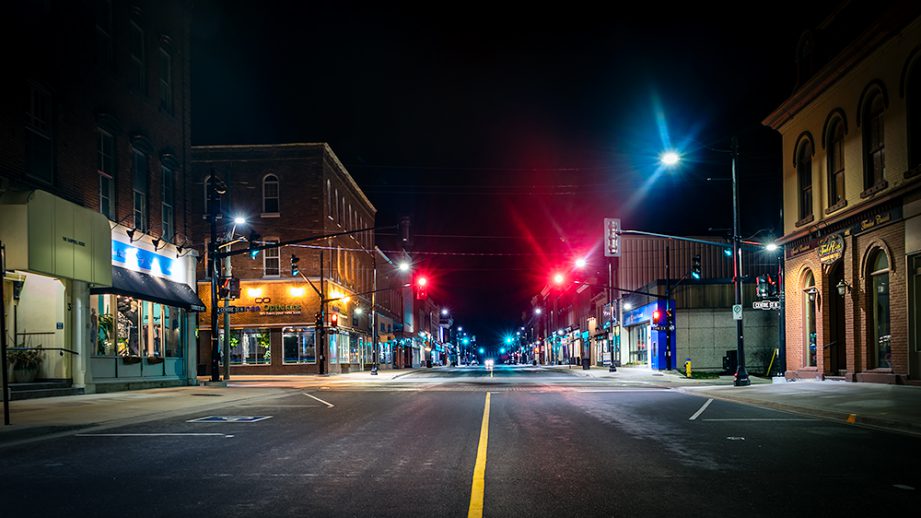 Looking down Dundas Street (east) at the corner of Centre Street E/HWY 41. This was the first photo I took in the this series. Downtown was always going to be the focus for me. For me it’s the heart of Greater Napanee and its history and charm are like a magnet. I was careful to stand in the middle of the street to get this photo.

The car you see in the distance was Napanee O.P.P. I gave them a heads up that I’d be doing some night photography very very late at night and I’d be flying a drone! They appreciated the call and were very friendly. 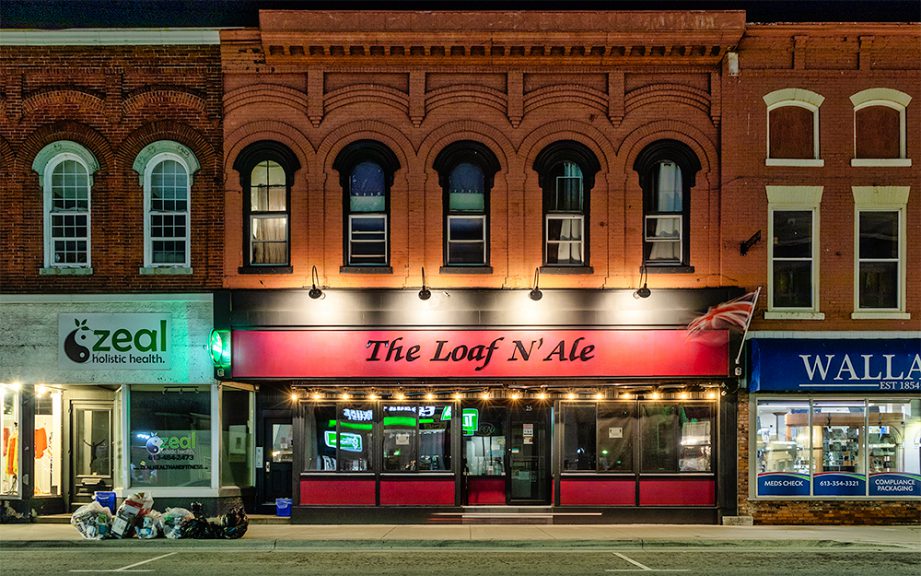 The Loaf N’ Ale is a fantastic British pub. Their wings are amazing—and I’d also recommend the Surf N Turf! When walking downtown my eye was drawn to this composition with the old buildings and even the trash on the roadside (hey… no one told me this was garbage day!). What can I say… I like the photo!