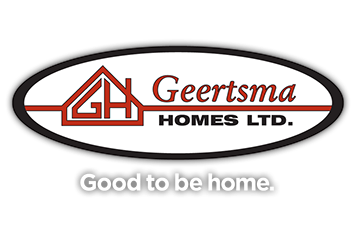 Anyone addicted to the wildly popular PBS drama Downton Abbey knows the Quinte area has its own stately home.

Though not an English country house perhaps, Belleville’s Glanmore was built on several acres of idyllic country property inherited by Harriet Dougall Phillips from the original Bleecker lands at the edge of town in the day. Built by banker John Philpot Curran Phillips, the magnificent 1883 Second Empire mansion in the leafy Old East Hill area was designed to impress.

Glanmore was designated a National Historic Site in 1969 as an outstanding example of domestic Second Empire architecture, with its lofty mansard roof covered in tri-coloured slate and crowned by iron cresting, elaborately molded and painted cornices and brackets, and outstanding interiors. Could Glanmore be Quinte’s Downton Abbey?

Perhaps Glanmore could be personified as Downton’s Dowager Countess. The house is certainly haughty and imperious. She commands a dedicated staff of six, headed by curator Rona Rustige; she has a faithful retinue of volunteers in the Friends of Glanmore. If Glanmore is the Countess, well, the Countess needs – in today’s cosmetic terminology – work.

“This project is one in a long series of restoration projects for Glanmore,” Ms. Rustige explains. Since her appointment in 1990, the curator has overseen 13 major projects including the 1997 restoration of the mansard roof, emergency attic structural repairs, and restoration of second-floor painted ceilings, refurbishment of artifact storage areas, restoration of period room décor, a veranda, and landscaping.

The 2012 project is unique, applying the most advanced conservation technology to a 130-year-old problem. Conservation of the ornate moulded and painted plaster ceilings, which are loosening from the lath on which they were applied, is the challenge. Plaster consolidation is the process. “Plaster always fails,” sighed Ms. Rustige. “This house wasn’t designed to have thousands of people walking through it.”

For many years the rooms above the drawing room were museum galleries. Floors flex, plaster becomes brittle, and the keys (schloops of plaster which ooze between the laths to anchor the plaster to the lath strips) break off. The massively heavy ceiling begins to respond to gravity; cracks appear and within years, the ceiling is in peril. This project, supported by the Canada Cultural Spaces Fund, the City of Belleville, and the Parrott Foundation, is devoted to the consolidation of the ceiling plaster in the exquisitely ornate main floor rooms of Glanmore including two drawing rooms, the dining, and reception rooms.

Restoration projects at Glanmore are made possible by bequests, donations from local groups and foundations, funding from the City of Belleville and provincial and federal agencies – and fundraising by the Friends of Glanmore, an incorporated group of forty dedicated volunteers who support the mandate of the National Historic Site. Ms. Rustige considers their special relationship with Glanmore when she reassures the Friends regarding progress of the ceiling work.

“Part of the reason I don’t want the Friends to see the project is because it’s upsetting,” she confides. Of course the Friends want to be by the lady’s side during this time but they are spared the anxiety of experiencing first-hand the emptied dusty drawing rooms filled with scaffolding, the doors open to the cold, the noise of work boots and electrical tools – their Glanmore is a construction site – off-limits.

Detailed photographs shared by the education and marketing co-ordinator Melissa Wakeling bring the project to life for the volunteers.

The plaster consolidation project began with the removal of all artifacts in January. Glanmore’s lamps, china, art objects, paintings, furniture, and the internationally significant Couldery Collection – everything but the largest furniture – were bundled and removed.

“Victorian furniture is massive, enormous mirrors and paintings have fragile gesso and plaster frames, and training in artifact handling is required; we just can’t hire a moving company,” Ms. Rustige explains. Part and full-time Glanmore staff, “some of us in our 60s”: secretary Darlene, database coordinator Jennifer, custodian/technician Mac , receptionist Mary Jane, Melissa and Rona used “tons of totes and bubble-wrap” to safely package, move and store all the items from the main rooms, two upstairs bedrooms and library. A contractor built protective boxes around mantel surrounds and the massive dining room sideboard, installed plywood sheeting on the floors, and wrapped the magnificent freestanding walnut staircase in padded blankets.

Electricians removed chandeliers. Workers installed a scaffolding system, filling the main floor rooms with a maze of metal piping. Hundreds of cushioned mini-jacks were installed at the top of the scaffolding platform to support the fragile ceiling plaster. All was in readiness for the lady’s work.

Cleaning came before plaster consolidation. Fine art conservator Ian Hodkinson determined it was possible to clean the ceilings blackened by 130 years of dust, fireplace soot, and general living, and researched a fixative to stabilize the fragile powdery paint on the plaster mouldings and the hand-painted frieze of garlands and grotesques. The ceilings were cleaned by hand using dry sponges and mouldable erasers and the difference was nothing short of miraculous. To seal the freshly cleaned plaster, some areas with unstable paint were sprayed with funori, a revolutionary seaweed extract used by conservators for the consolidation of powdery matte surfaces on paintings.

Next on the scene was a team of professional historic plaster experts, Historic Plaster Conservation Services of Port Hope – the only company in North America doing this work. HPCS owner Rod Stewart, his wife and co-conservator Masumi Suzuki and their team had recently completed a massive conservation project in St. John’s Newfoundland, on 11 state rooms of the 1853 Colonial Building. Associate Greg McEwan, of Cammda Corporation in Cobourg is at the cutting edge of a technology which uses a resin consolidant to reattach plaster to lath. His invention sprays a mist of liquid resin onto the lath and plaster from inside the floor above. The resin absorbs into the remaining plaster and reforms the bond.

This explains the photos the Friends saw of bedroom furniture moved, carpets rolled, and floor boards lifted. Areas not accessible in this fashion, such as the cornices around the edges of the rooms, were reached from below via tiny holes made in the plaster.

The collaboration of a fine art conservator and HPSC on this project ensured an unparalleled level of expertise and innovation; the synergy among team members is the stuff of cutting-edge trade journal publications.

Glanmore’s work will conclude with the reintroduction of original paint colours in the main floor rooms. Historical colours were determined through scientific analysis by conservators using a procedure not unlike core sampling to investigate the geology of successive layers of paint.

The original green for the drawing room walls and a sumptuous tan for the dining room, as well as multi-coloured trims and baseboards will be accurately recreated. At the Friends’ March meeting the curator requested additional funding to paint areas which looked tired in comparison with the refurbished surfaces.

The time is now, with the rooms emptied. “The furniture doesn’t like to be moved,” Ms. Rustige explains. Her request was readily approved. As Muriel, long-time member of the Friends said, “That’s what we’re here for.”

There were paint breakthroughs. Oral history says Harriet Dougall Phillips, the first lady of Glanmore and an amateur painter, painted the decorative ceilings in the principal rooms. Expert analysis of the brush-work has determined the broad bold brush-strokes in tempera paint on the decorated ceilings and frieze were done by a professional, perhaps someone employed in theatre scene painting. The brush work in the oil painted garlands of fruit on the dining room ceiling is similar to Harriet’s own work in her paintings of Cinderella and Prince Charming displayed in the front hall and is attributed to her. A second surprise took place mid-March when Eros painter Kirk Tischbein found a hint of interesting paint, and Glanmore technician Mac Ellis uncovered traces of a scalloped pattern and other decorative details on the foyer ceiling. In a future project this area will be restored, and a magnificent frieze painted over sometime after the 1930s will be recreated.

And so the project draws to a close. It was a huge job, and a great success. Once all of the treasures are removed from boxes and returned to the rooms, Ms. Rustige and her staff resume the business of interpreting the upstairs-downstairs life of an affluent Victorian family. Ms. Wakeling’s school programs will recommence. Visitors and guided tours once again enter the majestic front doors and travel to another century, guided by the Friends. An astonishing synthesis of old and new has taken place – application of cutting edge conservation technology to the challenges conserving a 130-year-old national treasure.

The Dowager Countess will once again be at home in the spring. Glanmore National Historic Site officially reopened May 18, 2012.