If you’re looking for the A-Z on unique home décor, Mike Malachowski is the person to see. 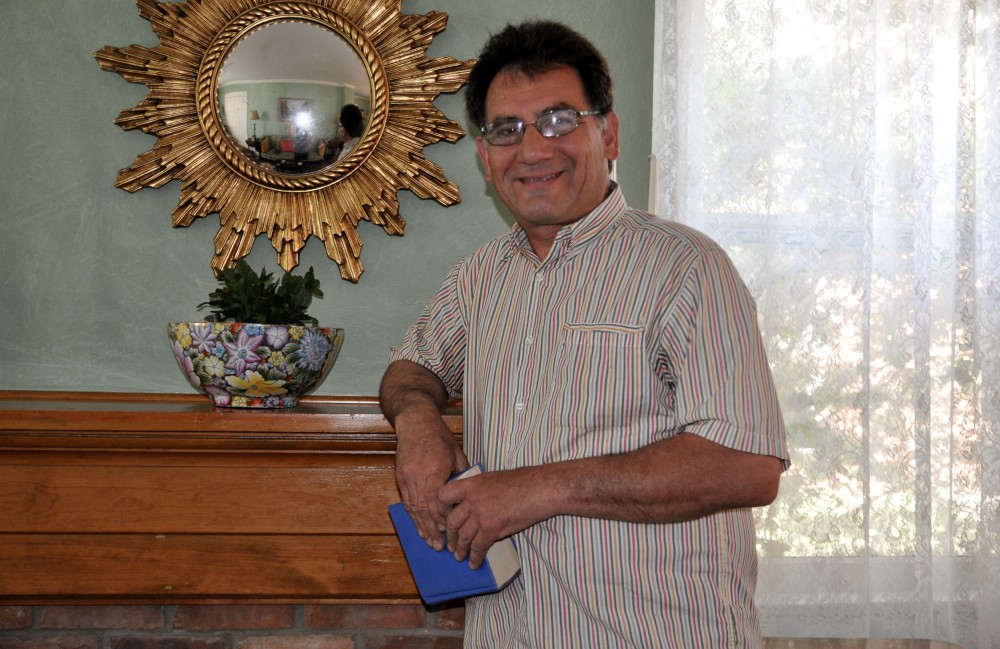 Malachowski has owned Funk & Gruven A-Z in downtown Belleville for the past 17 years, when he moved to Picton from Toronto. Anything and everything in the way of furnishings can be found in his shop – an eclectic mix of decorative and art pieces.

“My criteria for buying are defined by a piece’s quality, utility and inherent beauty,” says Malachowski.

He’s constantly on the lookout for additions to his shop. He gets word of mouth referrals, calls from people downsizing, estate sales and auctions. His phone is always ringing, he says, and he gets frequent visits from other pickers.

Television has had a big influence on his market and the internet has made his products more accessible to more people, says Malachowski. The Internet has become an important tool to his business, expanding his market reach beyond the local area and educating the public on the value of second-hand furnishings.

“We have Toronto shops and interior designers watching our website for postings,” says Malachowski.

He has a barn in Prince Edward County near West Lake that has been open to the public occasional weekends, but Malachowski is planning to have it open summer weekends in 2015. The area along County Road 12 is becoming an antiquing trail, he said, with MacCool’s Re-Use nearby, and steady traffic passing through to the Sandbanks Provincial Park.

“We feel we are part of an emerging antiquing district,” said Malachowski. He believes this is a new area of tourism in the region, bringing tourists in who were not aware of the area before.

The County Road 12 barn stores a lot of Funk & Gruven A-Z’s architectural antiques. There are elements from early homesteads such as cupboards, cabinets and doors. People repurpose these architectural items to have authentic pieces in their homes, says Malachowski.

“An item may be obsolete from its original function, but it can be repurposed with a story attached to it,” he says. “People can connect to that.”

The history and heritage of the region attracted Malachowski’s family to the area in 1995. He likes the sense of community and that the people have time for each other and build relationships.

Belleville’s tourism dynamic is different that Prince Edward County, he says. The city is a launching point for people visiting both Prince Edward and Hastings Counties.

“We see Belleville as the gateway to the County’s wine growing region,” he says.

“Belleville gets people traveling for business and to visit family and friends,” says Malachowski. “People are flowing in and out daily. Belleville’s tourism is not tied to the seasons.”

He believes downtown Belleville is the perfect size with a lot of amenities, and it will be revitalized and turn around. He is excited that the $21 million revitalization in the infrastructure downtown will facilitate new development and increase residential density downtown.

Malachowski points out the changes in Century Place at Bridge and Front streets in downtown Belleville, which began as an inner urban commercial building. The upper floors are being converted into condominiums, which helps realize the vision of a residential community in the downtown core.

He is vice-chairman of the Downtown Belleville Business Improvement Association and points out that part of their mandate is to recruit new business and recruit young entrepreneurs into the downtown core.

“We are seeing young entrepreneurs move into the upper floors of downtown’s historic buildings,” he says, “and others are being turned into loft apartments.”

Malachowski says he saw potential in Belleville’s downtown 17 years ago.

“The Bay of Quinte area is poised to succeed in this era where baby boomers are getting out of the big city and looking for a sense of community,” he says.