Just over a year ago, my family and I were busily packing for a year-long exchange in Switzerland. My husband was switching jobs with a Swiss teacher in the little French-speaking town of Farvagny, about 40 minutes by car from Bern, and we were all jumping on his coattails and happily going along for the ride.

My older daughter even agreed to take a gap year between grade 12 and university to join us and my younger daughter, after much convincing, decided starting high school abroad might not be so bad. We marveled in anticipation at how much her French might improve. With a sound foundation already established through Immersion programs here, both girls might even arrive back home fluent! Even their mother, so halting en français herself, might pick up a few pointers.

Smugly their parents patted themselves on the back for so selflessly providing such a wondrous opportunity. And how handily it matched up with mom’s and dad’s own near obsessive love of travel! Excited to start the adventure, we alternately purged and packed Goldilocks-style, making sure to take just the right amount for our year abroad. Everything was going to be so different! 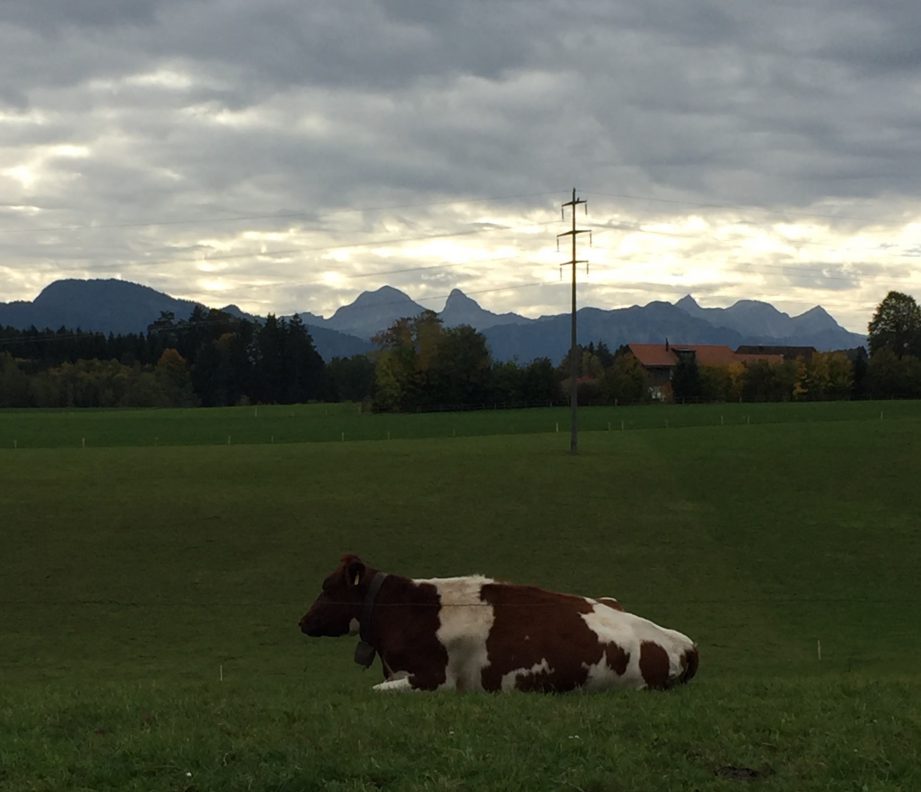 But we noticed something peculiar almost as soon as we arrived. Our new Swiss home base bore a few striking similarities to our Canadian one. Back home, we live in a rural area just north of the 401 and we’re used to idyllic pastoral scenes. The sight of cows grazing one of Bay of Quinte’s copious green spaces is an everyday occurrence. Quite used to spotting milk trucks full of good stuff headed to a local dairy or beyond, we figured moving to a country famous for cheese and chocolate put us on familiar turf.

Now, of course, the Swiss cows all wear bells. Throw in a few sheep and goats, similarly bedecked, and you’ve got quite a symphony going on, all the time. In Switzerland (and most of densely populated Europe, for that matter), we quickly learned farmers use whatever space they can get their hands on.

Cows grazing in high alpine pastures for the summer were apt to appear in a field near you when autumn rolled around. We once woke up to the sound of tinkling bells and found an entire flock of sheep had moved in to the vacant lot next door. By the end of the month they had eaten it bald and gone elsewhere, seeking greener pastures! And they weren’t hard to track down. Just follow the sound of bells!

Listening for this kind of farmyard music while exploring Farvagny on foot quickly became a morning ritual for my older daughter and me. As we passed by 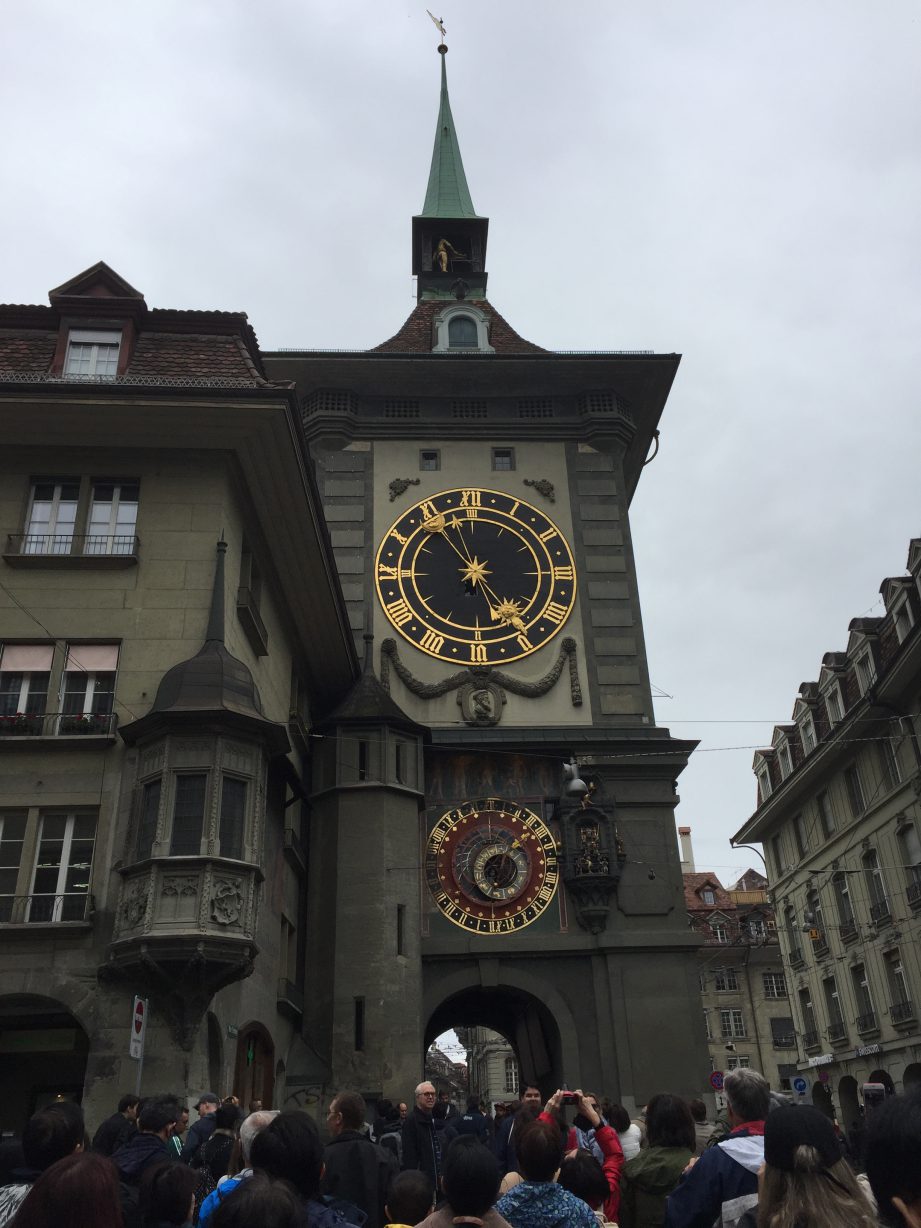 the fromagerie down the street on our very first walk, the woman who lived upstairs threw open the shutters. She smiled and sang out a friendly “Bonjour!”
“Oh my gosh, Mom,” my daughter declared. “We’re living on the set of Beauty and the Beast!”

And she was right. Switzerland is picture postcard pretty, all of the time. Very Disney. Snow-capped mountains, pretty lakes, Heidi-esque villages – we never grew tired of it!

When not hiking scenic mountain paths or checking out nearby world-class cities
like Zurich or Bern, we took off across the border in search of new cultures to
explore. With Switzerland smack dab in the middle of everything, heading to a new country was a snap. More than once on a lazy Sunday afternoon, we hopped in the car and headed to France or Germany or tiny, little Lichtenstein, for dinner. Frequent favourite Evian, home of the world-famous mineral waters, was less than an hour away!

But did we miss home? Of course.

The girls pined for friends and the familiar, describing in nostalgic detail all the
delights of life back in BoQ to their new Swiss friends: loonie shakes at Reid’s 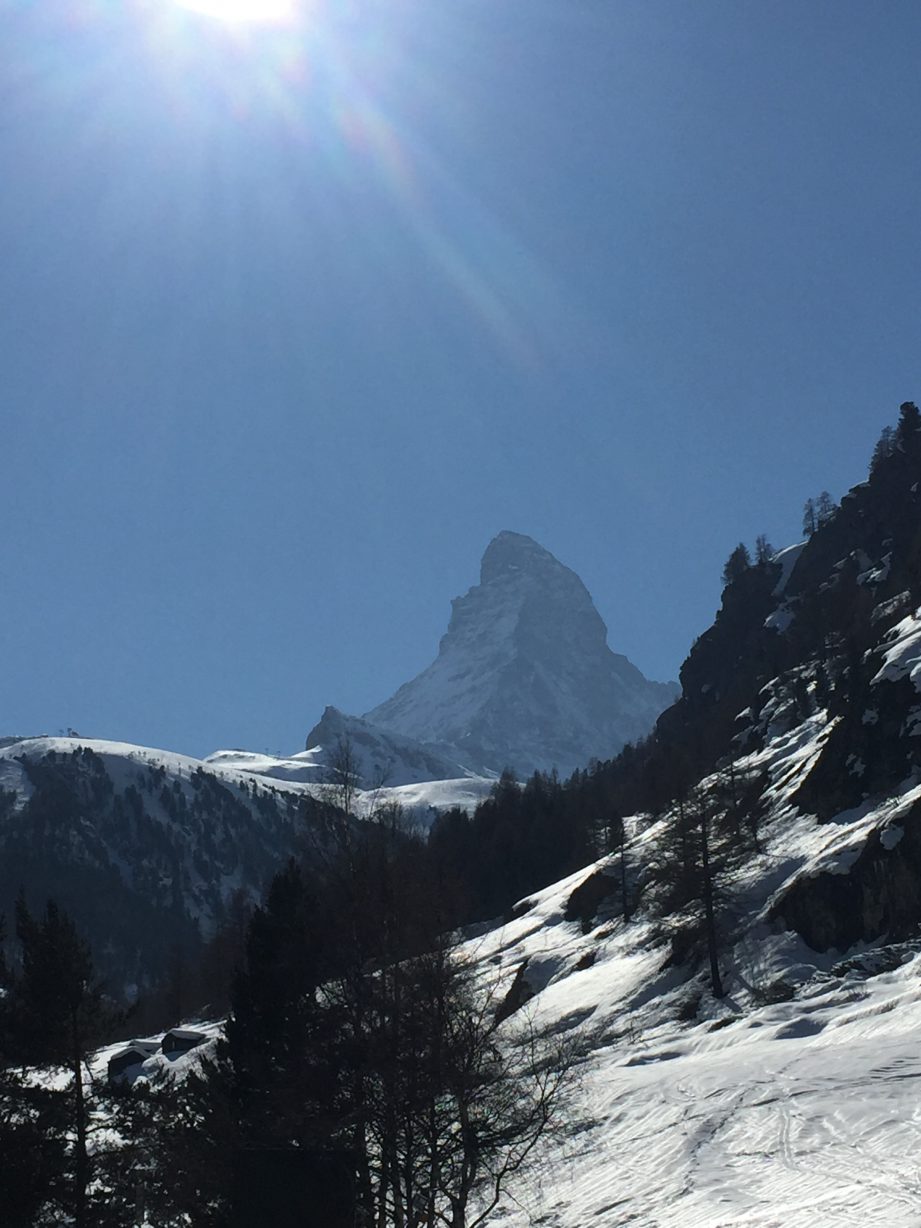 Dairy, Canada Day fireworks at Zwick’s, acting in plays at Pinnacle Playhouse, swimming at the local YMCA. And despite frequent outings to English cinema, where the movie screen runs both French and German subtitles simultaneously, the return of warm weather had them both yearning for a good old-fashioned North American style drive-in.

Armed with the knowledge a year passes in the blink of an eye, their parents reveled in all their temporary new home had to offer:

– Checking out mountain views from the Observation Tower atop nearby Mt. Gibloux vs sweeping vistas of rolling hills and Canadian forest visible at Sager’s Conservation area
– Sampling exotic new veggies like Chou Pomme and comparing them to the bounty found at markets back in Belleville or Quinte West
– Discerning the differences between delicious Gruyere cheese and old Canadian cheddar
– Drinking excellent Swiss Pinot Noir with new friends. Fabulous.

But even we hankered for a little English conversation at times – less of a strain on our aging brains! 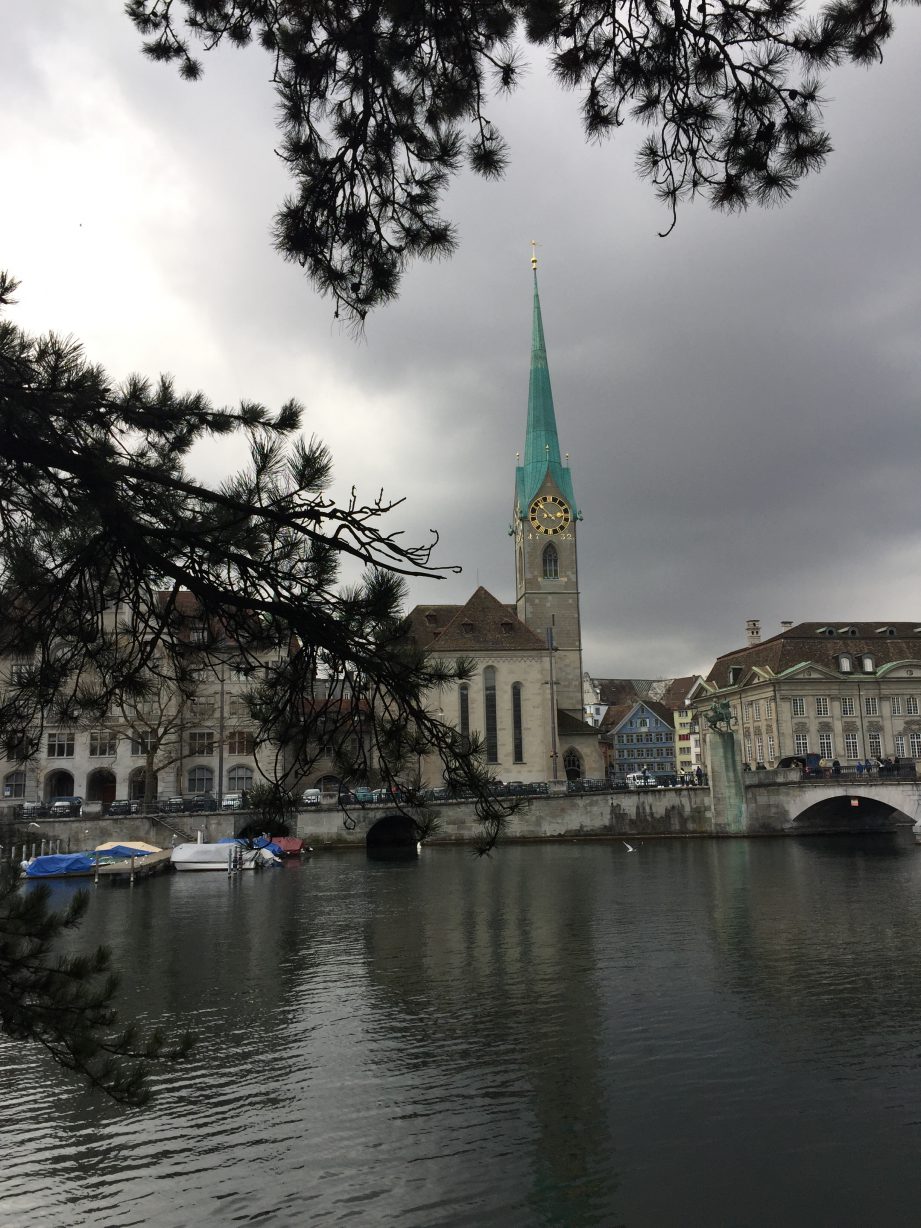 Yet despite our occasional “brain-freezes” when operating in a second language, we thoroughly enjoyed getting to know the people of Farvagny. As is so often the case, those moments of human interaction stand out as highlights. The other day a postcard arrived from some Swiss friends on vacation in France and the day before that, a wonderfully, chatty email en français from a neighbour!

Last Saturday, my younger daughter set an alarm at an unusually early hour for a weekend morning. Why? She needed to work around the six hour time difference between Farvagny and BoQ in order to Facetime with her Swiss BFF. I think they were dishing about respective homework assignments, but I’m not totally sure. My French certainly improved, but hers is unbelievable!

We are indeed over the moon to be home again, but we’ll never forget our amazing year living on the set of Beauty and the Beast. It’s great to have friends on both sides of the Atlantic!