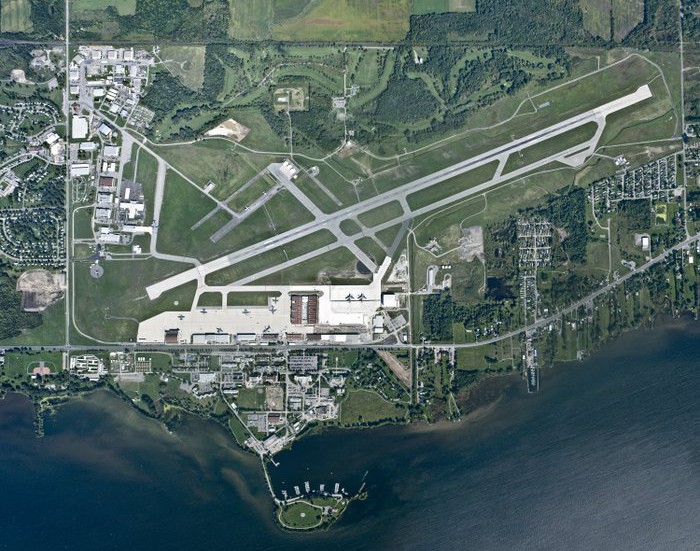 Already the single most important economic driver in the Bay of Quinte region, the current expansion plans at Canadian Forces Base in Trenton will mean even more community development activity.
The $1 billion worth of work that has been ongoing at the base has obviously created significant activity in all facets of the local economy – local contractors, workers, suppliers, businesses and services are all going to have increased business.
When the new personnel move into the region, estimated to number around 1,500 people, will also mean increased home and property sales, business for local retailers, restaurants, recreational facilities an attractions. New businesses will be attracted and current ones may expand and take on new staff to accommodate the influx.

Besides helping the business community, the real estate market and builders, all the new investment in business and residential development will ultimately mean more property taxes for the region’s municipal governments. This means the city, town and township administrations will be able to augment the services they already offer their residents, adding new programs and facilities and improving the overall quality of life and marketability of the region.
Like a perpetual motion machine, this in turn will draw in even more new visitors, residents and businesses into the community as people begin to value quality of life as an important factor in where they choose to live raise a family, work and do business.

The home of 8 Wing and other subsidiary units, and the new home of Joint Task Force 2 (JTF2), there are currently around 4,300 military members attached to the base. When you factor in family members, you’re looking at a military-related population of about 14,000 people.
Even before the expansion of the base which began a few years ago, the Ministry of National Defence said that the estimated local spending impact, both direct and indirect, was nearly $366 million. In 2012, the annual payroll expenditure alone was $110 million.
The entire Bay of Quinte Region has thrived because of the base. If the base suddenly closed or was moved, the effects would be devastating to every measurable economic and employment sector.

When one examines the billions of dollars in construction that has been poured into the local region – and which will continue for a couple of more years at least – that brings obvious spin-off benefits to hotels, restaurants, suppliers.

Partnerships have been established with Loyalist College and other trades organizations to give young apprentices the chance to work alongside full time, contracted Department of National Defence staff on projects, while local contractors and tradespeople are often brought in to ensure construction and renovations projects on the base get completed on time and on budget.
It also needs to be pointed out that because of the amazing quality of life opportunities in the Bay of Quinte region, the area is the second most popular place in the entire country where Canadian Forces members choose to retire. And many of these folks get involved in second careers or as business owners, further contributing to the economy and also improving the quality and quantity of services available to residents.

And that includes the health care sector. If the population increases, so does the need for top-quality medical facilities – hospitals, clinics, laboratories, rehab centres, physiotherapy, chiropractic and related services, as well as pharmacies and even more naturopathic health care opportunities. That means an increase in skilled professionals and employees, who generally make excellent salaries, and who would contribute to the local economy through their spending.
And like improved recreational facilities and great special events, improved health care facilities would also aid in drawing new residents and investment.
And if you think further about the impact, these military families have friends and extended family members who come to visit them and visit the base itself. That’s millions of tourism dollars spent in the Bay of Quinte region as well.

With such a vibrant and growing local economy, local developers, investors and municipal governments pull out all the stops in creating places where these folks truly enjoy living which in turn brings even more visitors, residents and businesses to the region, creating sustained economic and community growth for everyone.
It’s like a massive factory that keeps on growing and growing and reinvesting in the surrounding community, the base creates an environment where businesspeople and developers want to come and ply their trades, and where people definitely want to make their homes.
If Canadian Forces members have any choice in where they are posted, CFB Trenton ranks high on the list because of all the quality of life metrics, from the, fresh clean air, natural environment, low cost of living, recreational and cultural amenities, closeness to the Bay of Quinte and other waterways. As well the Bay of Quinte Region is still relatively close to the Greater Toronto Area, Ottawa, Montreal and a number of U.S. border crossings.
In short, there can be little doubt that since its official opening in August of 1931, CFB Trenton has been the single most important factor in the growth of the Bay of Quinte Region and the main reason why the region continues to thrive, prosper and offer one of the most enviable lifestyle experiences for individuals, retirees, families and business owners.