REVIVING A LANGUAGE AND CULTURE

Indigenous peoples are continuously working to reclaim their rights, language and culture that were taken from them through colonization.

Through colonialism, children were taken away from their families and forced to adopt European norms, stripping them of their language and culture. This was as a result of broken treaties, The Indian Act (where Indigenous ceremonies and governance were restricted), cultural repression and residential schools.

The last residential school only closed in 1996 and the impacts of colonial policies are still felt in communities today. Despite all of this, Indigenous peoples have remained resilient and continue to fight to revitalize their language and culture.

Tsi Tyónnheht Onkwawén:na Language and Cultural Centre and the Tyendinaga Mohawk Territory are playing a significant role in this revitalization.They are committed to making sure the community members have access to their culture and language to ensure that Kanyen’kéha (the Mohawk language) remains vital for future generations.

Separate from Tsi Tyónnheht Onkwawén:na programming, Mohawk language classes are offered at Quinte Mohawk School and to secondary students at East Side Secondary School in Belleville.

The Language and Cultural Centre offers programs such as Adult Mohawk Language classes, Kawenna’on:we Primary School, and the Language Nest daycare immersion program. These programs are significant as they help the community to grow, create leadership, and, most importantly, help with revitalization.

Totáhne Language Nest is an immersion program for preschool/daycare-aged children and is rooted in language and cultural-based play. (This is currently not reopened since the start of COVID-19 due to space issues.)

FINDING A SENSE OF SELF THROUGH LANGUAGE

The importance of the community having access to these programs is significant. The individuals taking these programs are finding their sense of identity when learning about their language and culture.

It shows with the children taking these programs at such a young age. They find their self-identity young, becoming community leaders and are grounded in who they are, which creates a beautiful foundation for themselves. Although they may not always keep all of the language that they have gained in the program during a few short years, they will always have that sense of who they are. It is ingrained in them.

Although they would love to have this year’s Language and Cultural Awareness month in person, this year, it will be virtual instead. Stay tuned to their Facebook page and website for more information on some virtual language and cultural fun for April.

The Centre’s revitalization also includes a proposal to build a dedicated Kenhtè:ke Language and Cultural Centre in Tyendinaga Mohawk Territory. This investment would be another step towards reversing the decline of the Kanyen’kéha language. The proposed centre would house their school programs, an outdoor playground for the students and a traditional replica Longhouse. 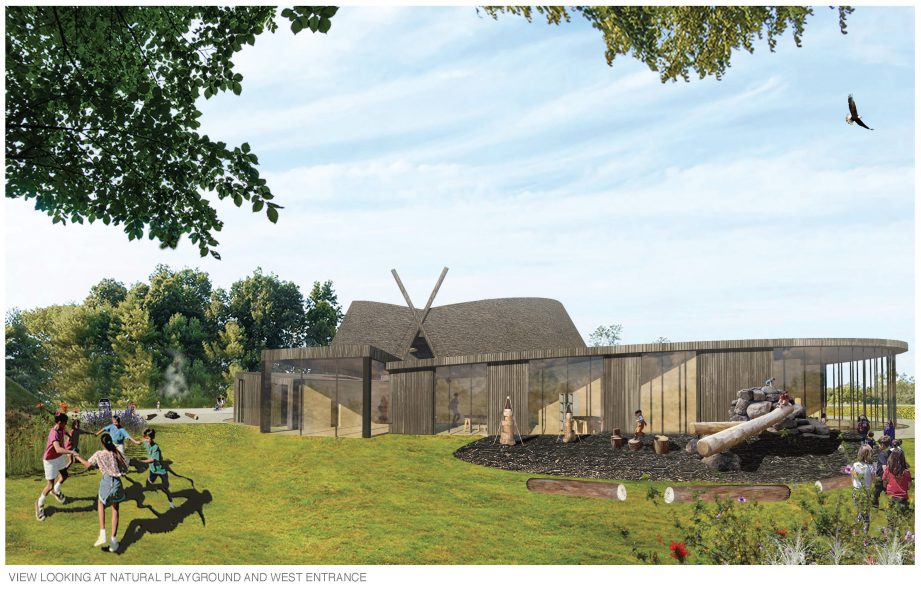 Given the extensive history of language and cultural losses, the Language and Cultural Centre and its community partners have created a positive outlook by offering access to their special programs. They are a key part in strengthening this essential part of our culture and history for future generations.