STARS, SUNRISES AND SOMETHING SPOOKY

Taking photographs at night, Justin Anderson was bound to come across plenty of stars and the occasional sunrise. But at one of his stops around Brighton, he may have encountered a ghost as well! Follow along as Justin tours Brighton after dark.

*Photos were taken before the province-wide stay-at-home order. 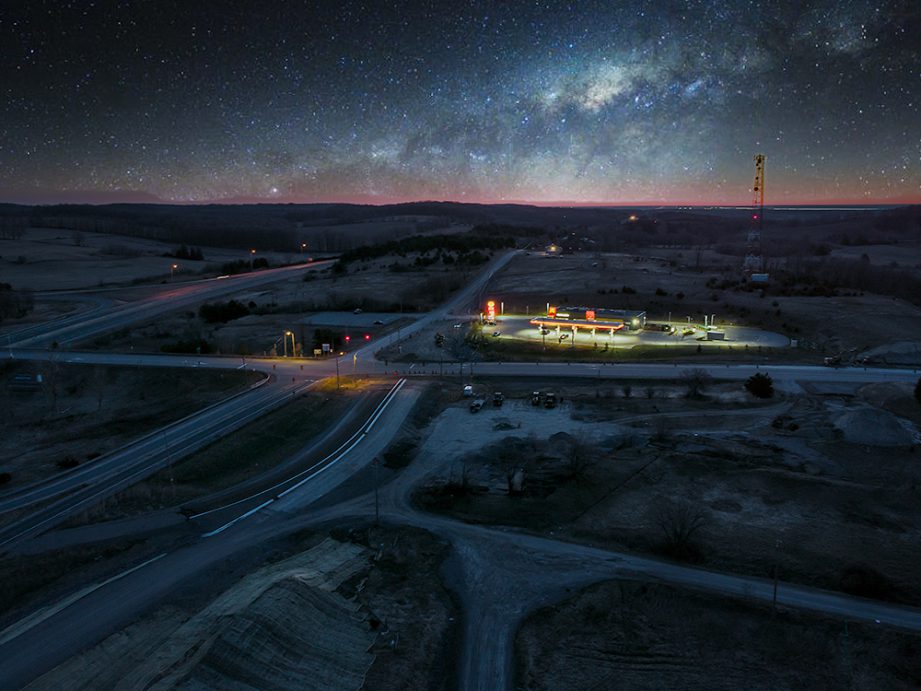 There is a lot of construction with a new off ramp that you can see beside the current 401 off ramp. Construction is centered around repairing old bridges and culverts in order to set the foundation for the eventual expansion of the 401 to six and subsequently eight lanes. Off in the distance you can see the Bay Of Quite peaking over the horizon. I spent too much time at this location taking photos and waiting for a sunrise! 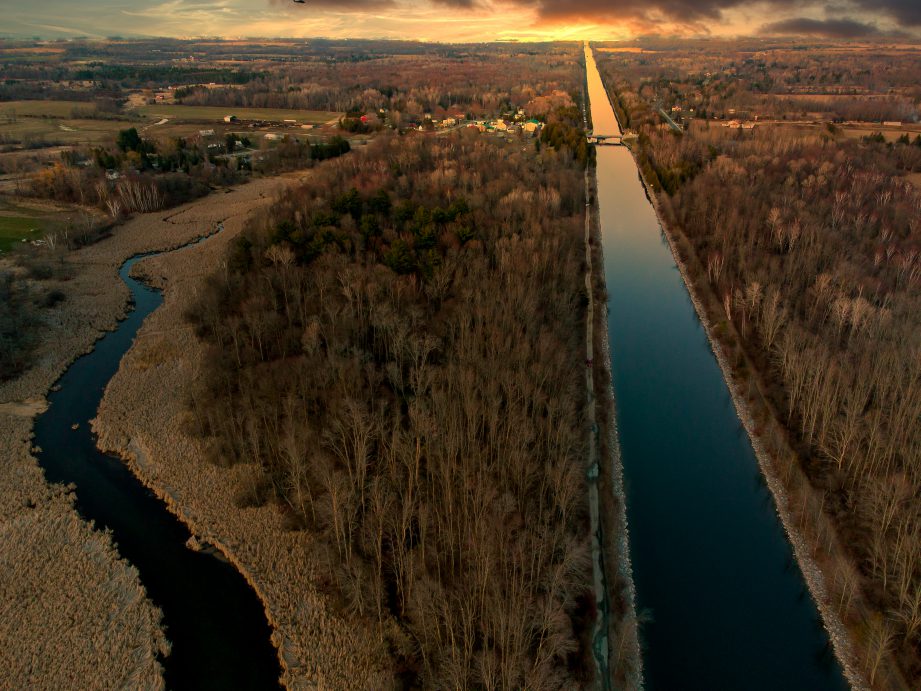 Sunrise over the Murray Canal (here looking east, where the canal makes its way into Quinte West). I will admit when I put the drone up and saw this image I was pretty vocal in how impressed I was with the Murry Canal. Oh, I probably shouldn’t advertise this, but, just below is without a doubt one the best shore fishing spots along the approximately eight-kilometre canal. 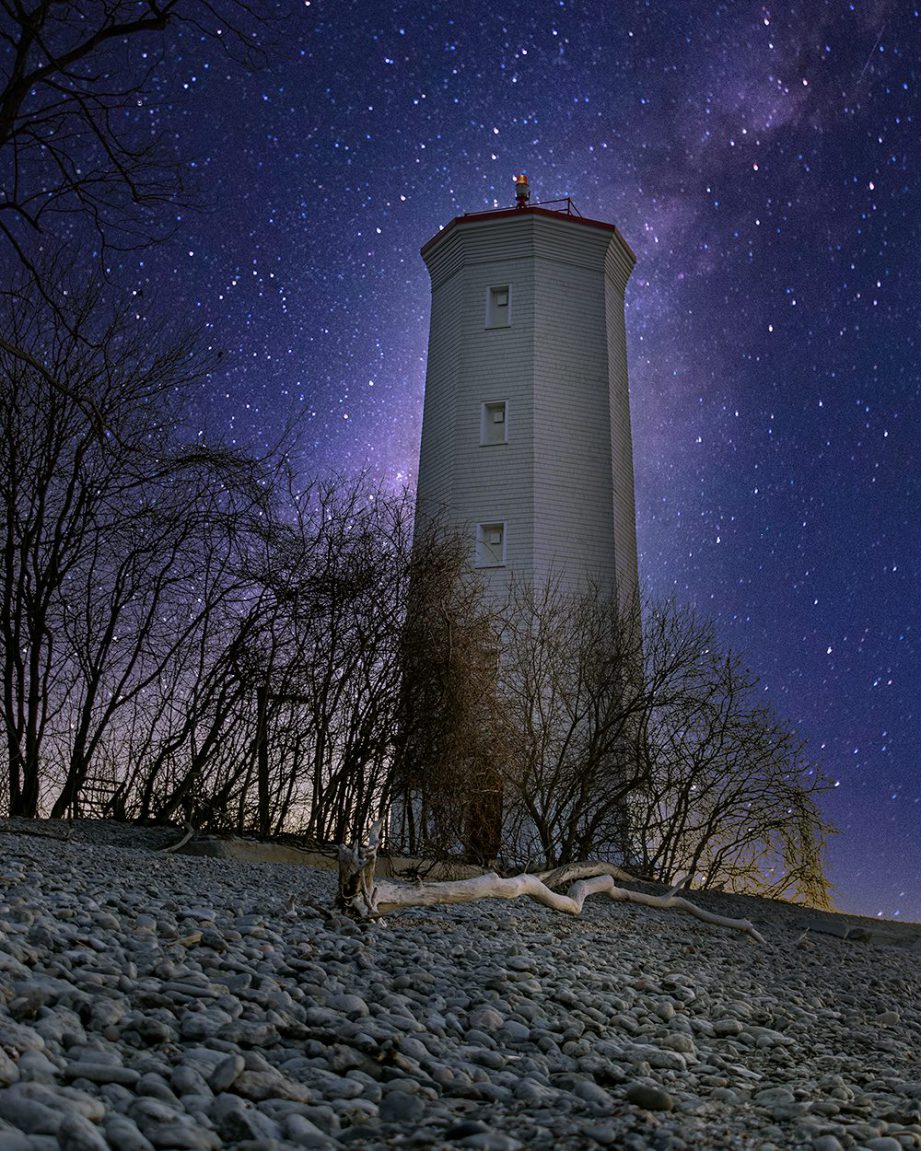 I shot this photo weeks earlier, but I knew it would be great to add to this project. And how could I not include Presqu’ile Provincial Park? This lighthouse was built in 1840 and continues to shine today, despite having its lantern room removed in 1952. 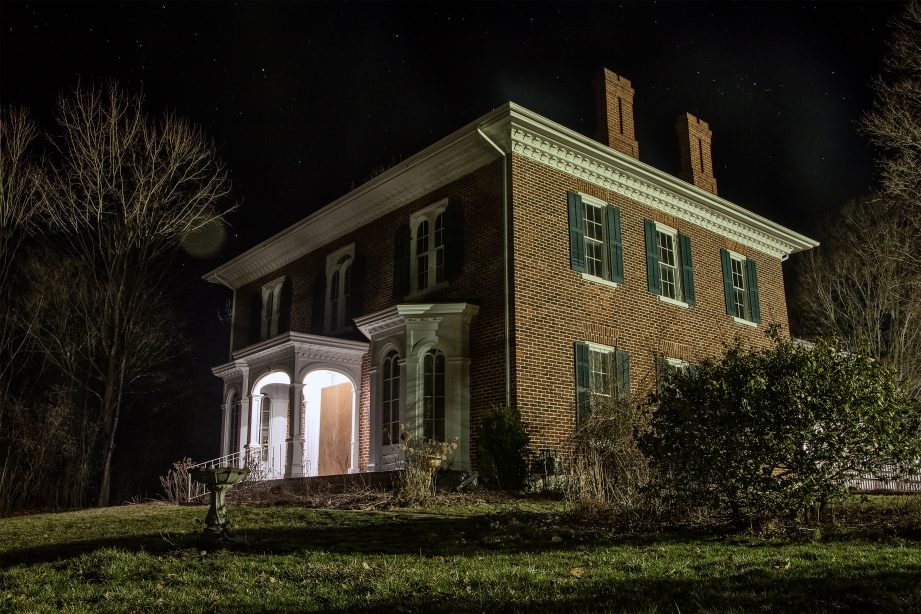 One the most historic properties in Brighton. As with so many older houses, this house has grown over the years. We know that John E. Proctor was operating a store in 1853. Many people talk about Proctor Park and ask the same question over and over again: is Proctor House haunted? In my opinion, YES! In fact, they have more than one ghost not only roaming around the home, but the grounds as well. I can’t lie, I did feel a presence (no joke!). 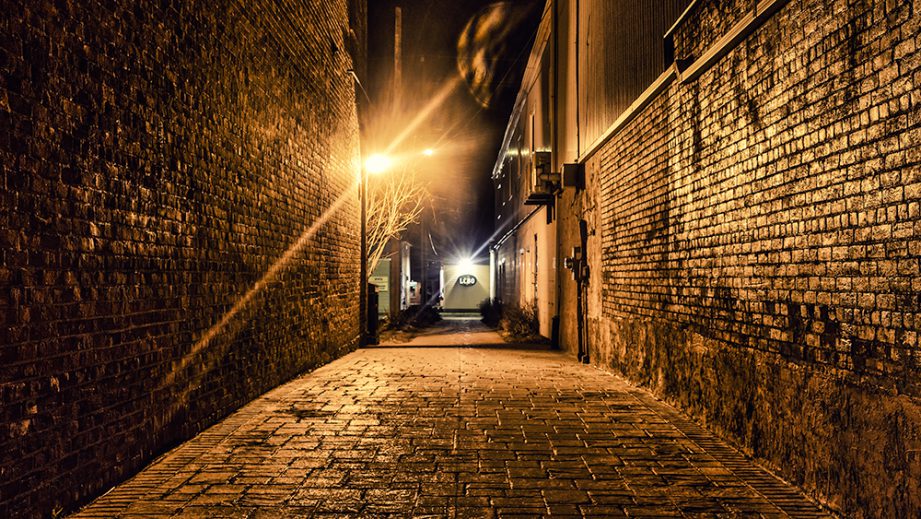 Every city, every town has a famous alley. This is Brighton’s, located on Main Street. Day or night, this a great spot to shoot some photography. 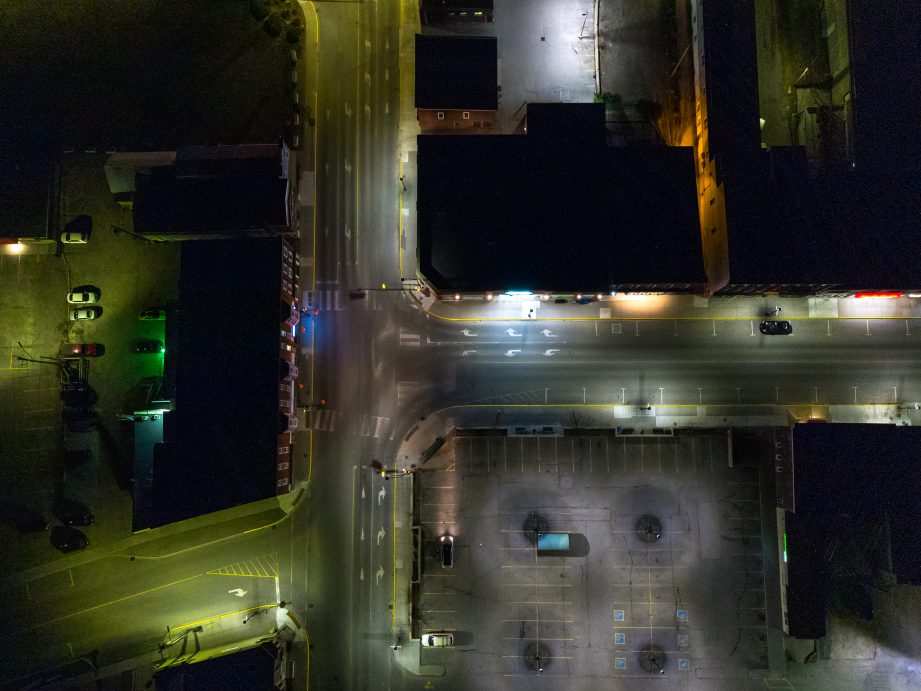 The intersection of Main Street and County Road 30 from above. I shot this from the Sobey’s parking lot as you can see in the photo (yes, that’s me below!). This intersection section is usually packed in the fall when the Applefest Festival arrives. It’s also the busiest corner when the annual Brighton Santa Claus Parade rolls around! 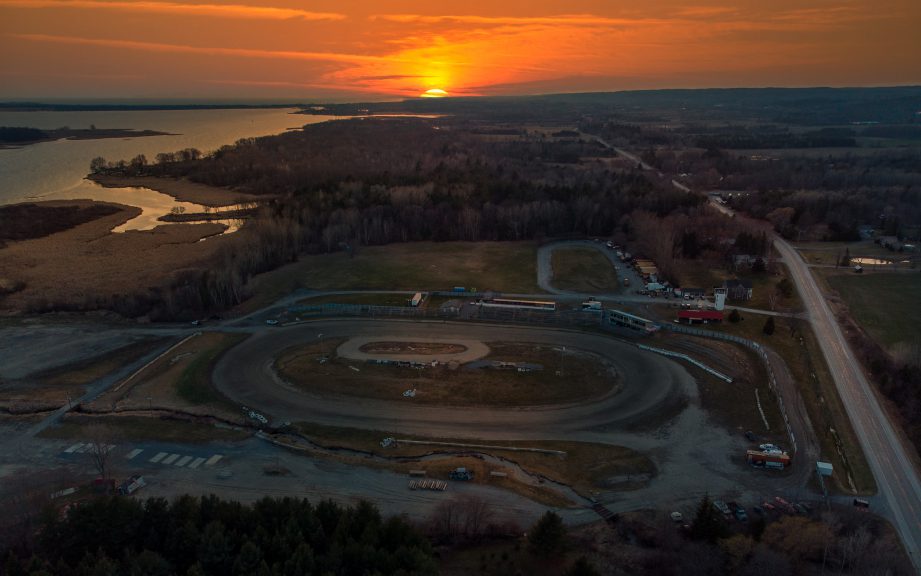 Catching the sunset over looking Brighton Speedway (Presqu’ile Bay and Gosport in the distance). Brighton Speedway is a 1/3-mile clay stock car racing oval track. I loved when my parents took me to the races back in the day. Growing up just north of the track in Smithfield it would be a bummer on the weeks my parents couldn’t take us. Why? Because you could hear the races clear as day from my bedroom window overlooking Smith Street.