Have you ever wondered what the city of Belleville looks like after you’ve gone to bed? Thankfully local photographer Justin Anderson stays up later than we do to find out. Check out Justin’s shots and his thoughts at each spot (what is this, the Cat in the Hat?) as he captures what the city looks like after hours. 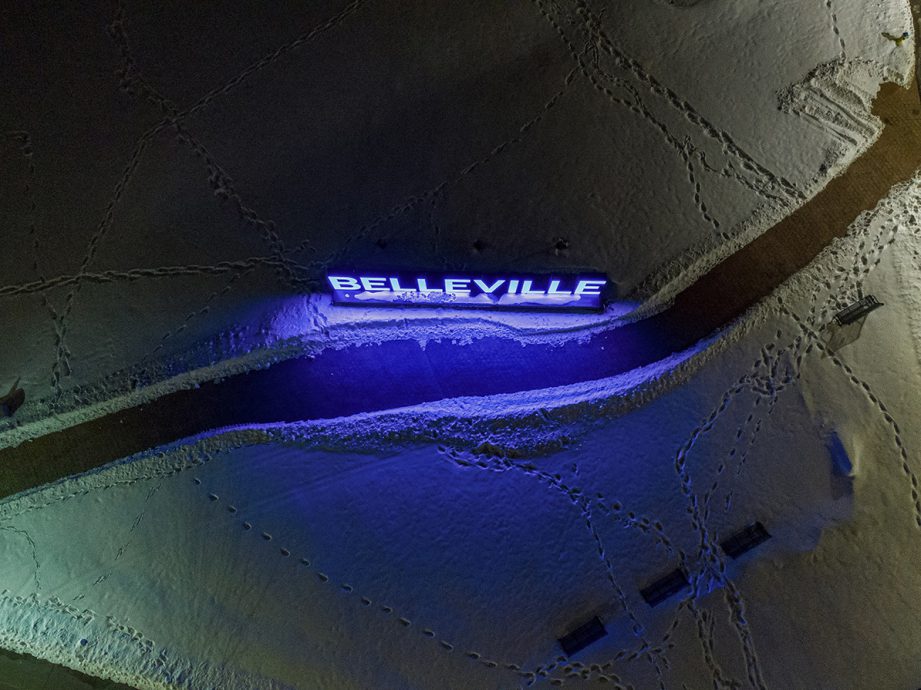 “I took several photos of the Belleville sign. But this angle is magical. The walk way and blue lights mixed with snow trails around it. The footsteps are a funny way to looking at people social distancing.” 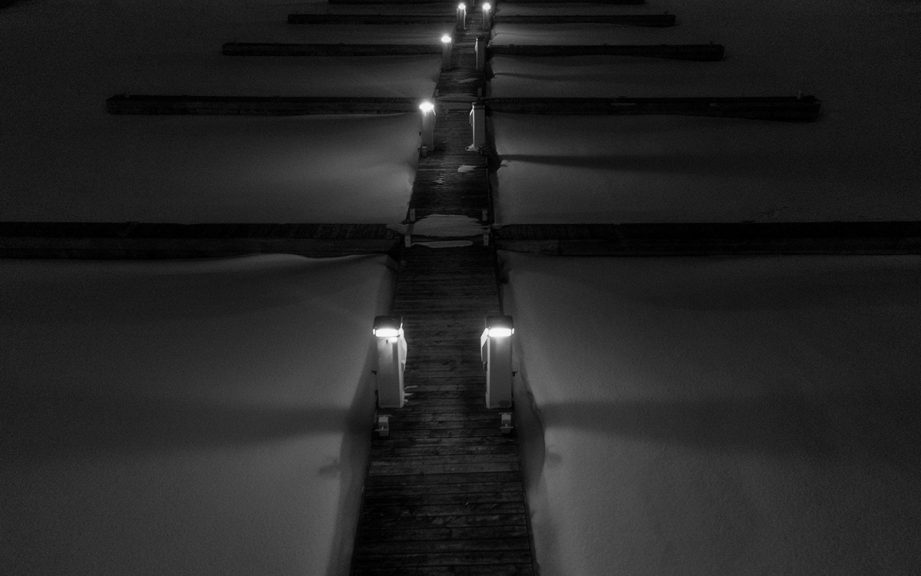 “This was difficult shot to take with a drone. Now, it might have been easier if I had actually walked out there and taken it from this spot… but it was cold and I actually took the photo from the parking lot. I was within the line of sight but it still wasn’t easy getting the drone low enough at this angle without having the sensor telling the drone to land.” 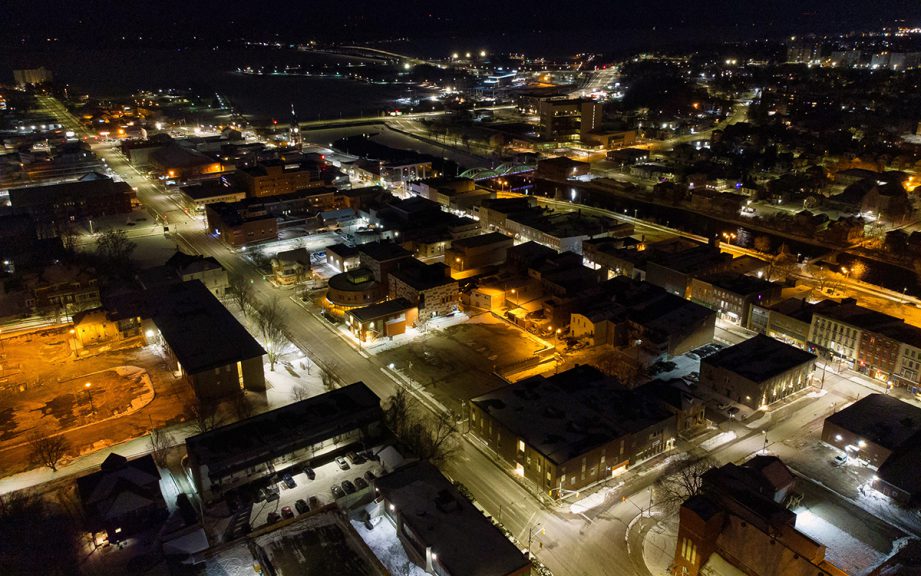 “I took this one from Lion’s Park. I love this perspective overlooking downtown Belleville, and I think a sunset from here would be amazing. I love the view of the Moira River making its way into the Bay of Quinte. It’s also interesting to notice how different Belleville looks at night under cover.” 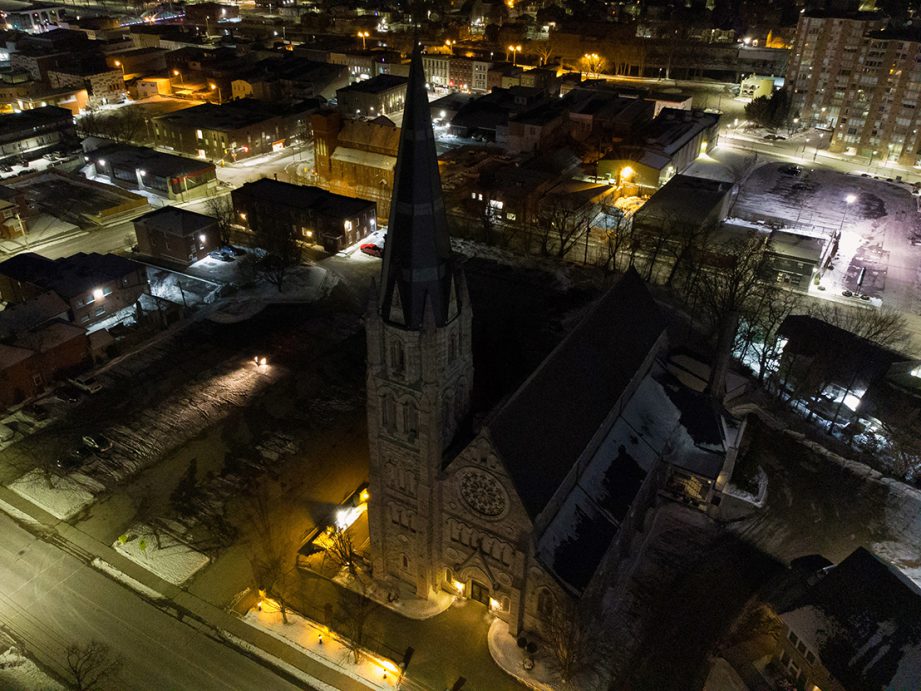 “This is St. Michael the Archangel Catholic Church. I secretly love old buildings and their character and more importantly, I love history.” 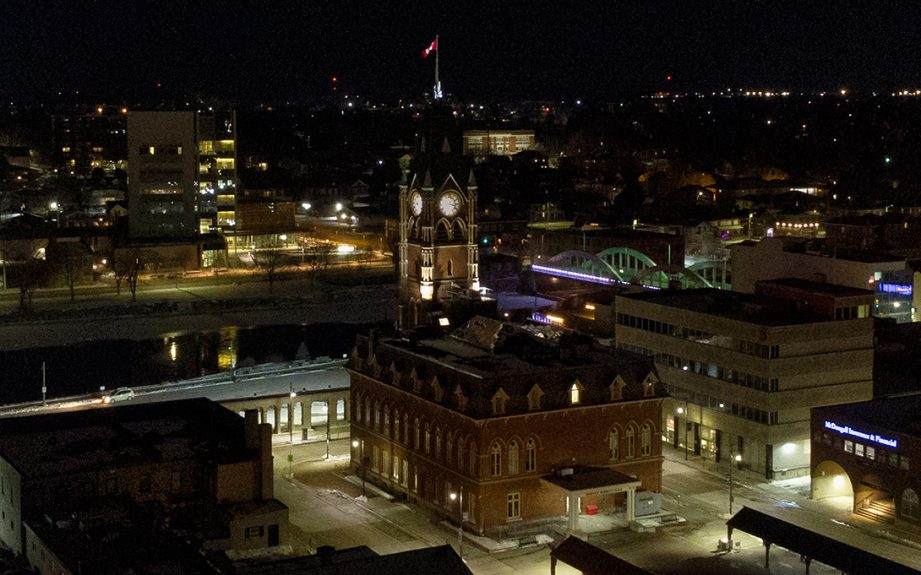 “Now this is a photo I wanted to get really badly, and it was super tough. First, it’s right on the border of where you can legally fly a drone. Second, when flying a drone at night you really have to know the area and pay attention to everything. I like this angle cause you can see the bridge. After looking at this I think I could have nailed a better angle, but I’m happy with this perspective.” 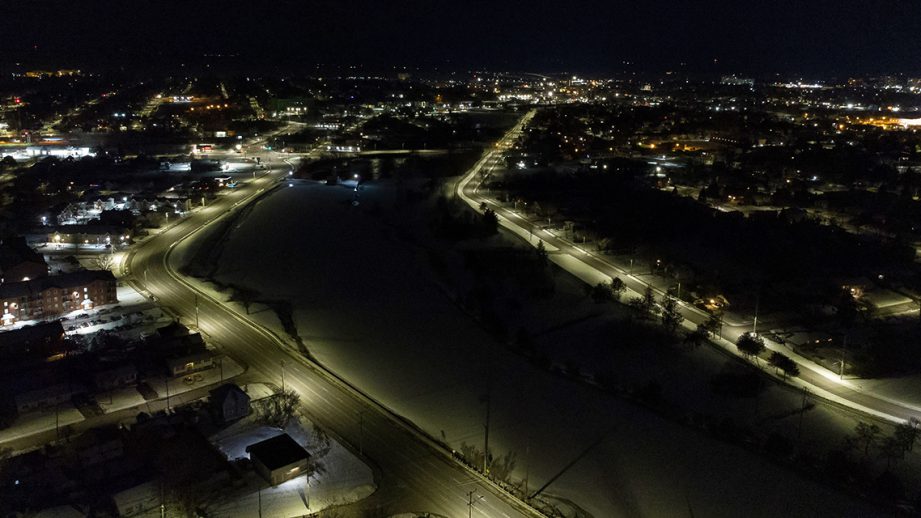 “This shot was taken just outside the Wally Dever Arena (Quinte Sports & Wellness Centre) looking over the Moira River and Cannifton Road. I love the lines leading down the river. I’d like to get this shot at sunrise in the future.” 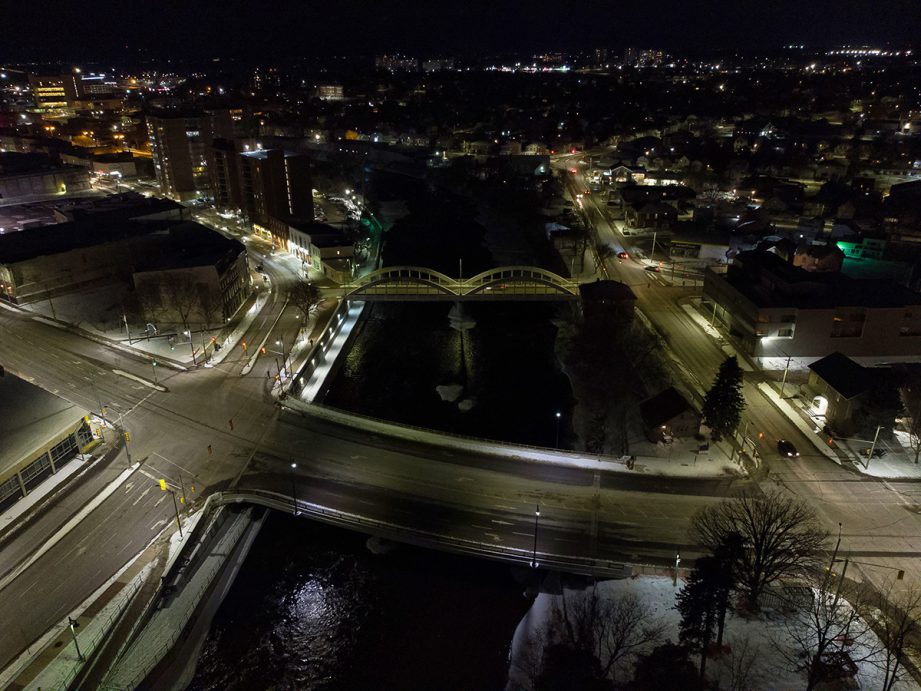 “I love this angle with the two bridges. Mind you, this is also the line you can’t cross; there’s a lot of restricted air space in the area. I’m not an advanced commercial drone pilot so I’m limited to the areas in which I can fly.” 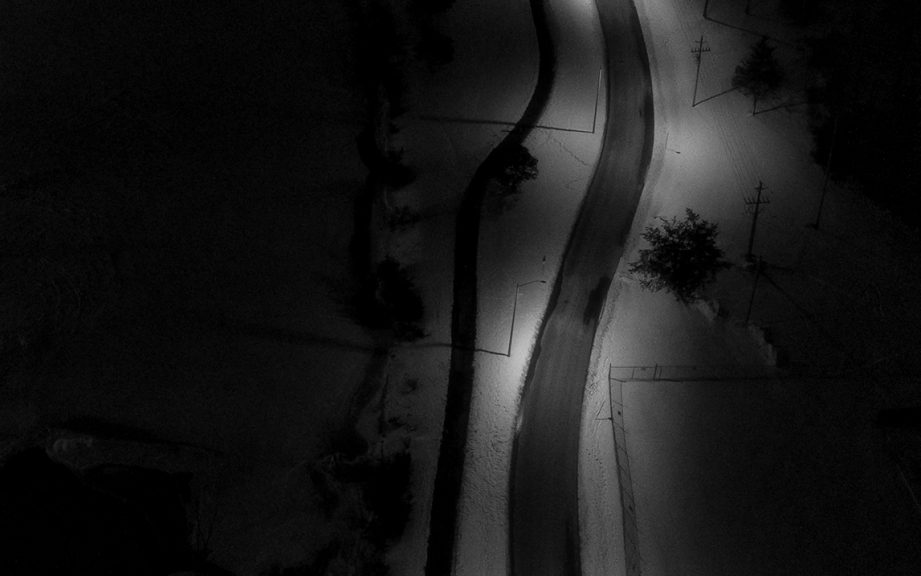 “This is the Riverside Trail. I though it it looked neat from a black-and-white perspective looking down.” 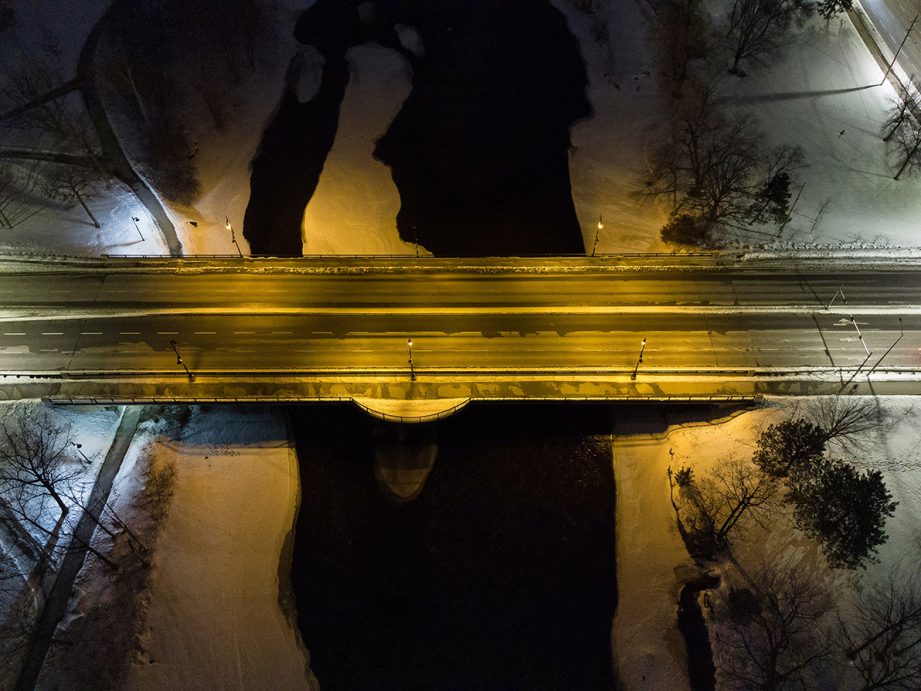 “This is Bell Boulevard crossing over the Moira River. Bridges are always cool and with the snow and ice I liked this shot… but wish I had taken it little higher up.”